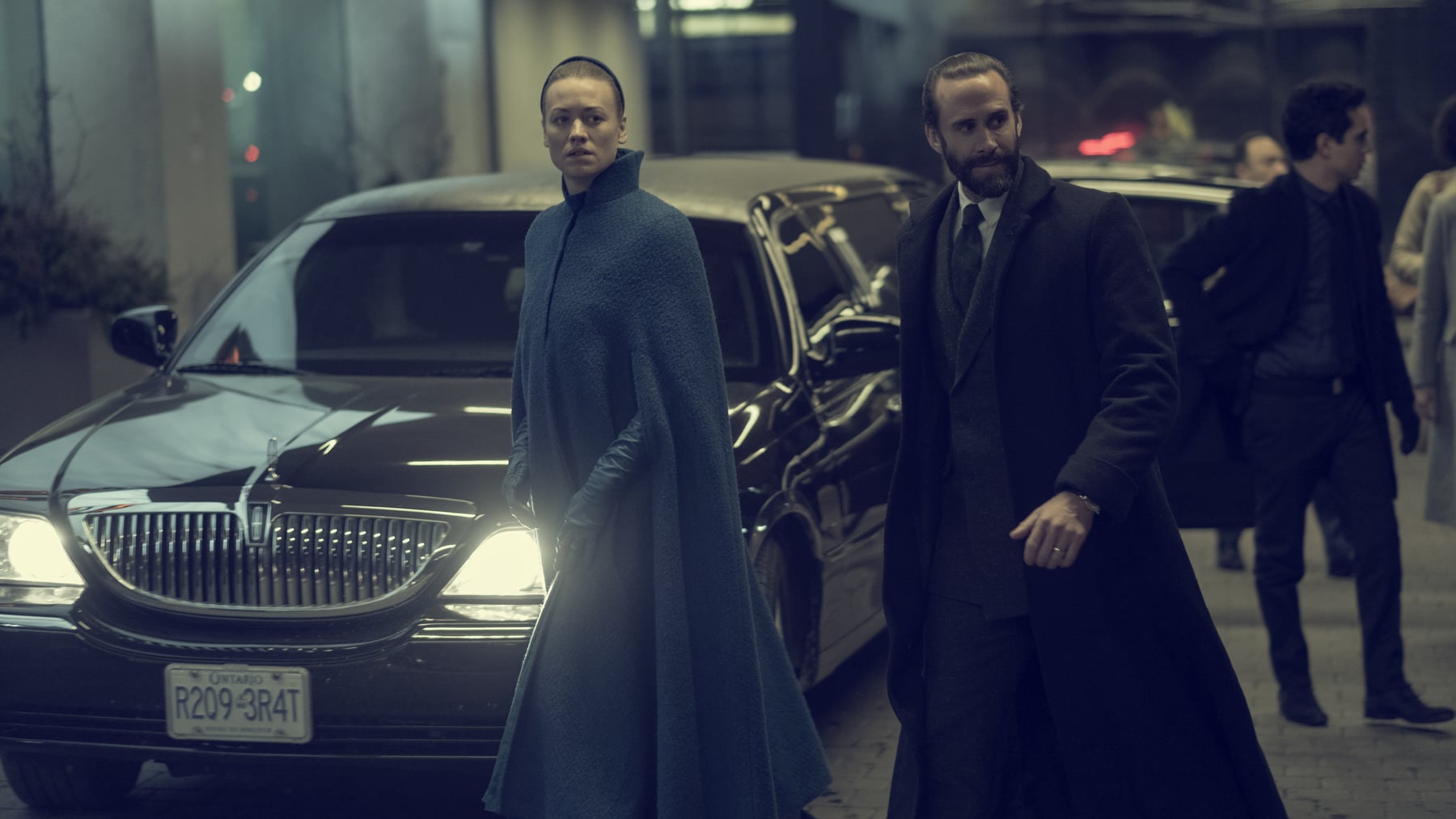 Don't get it twisted: The Handmaid's Tale's Commander Fred Waterford is a horrible human being with a preference for sickening, predatory behavior. If it wasn't for the actor who plays him — Joseph Fiennes — the audience would have seen even more of his disgusting ways during a key season two episode. Apparently Fiennes put his foot down after reading the script for the Waterfords's trip to Canada and seeing a particularly stomach-churning scene. Fiennes revealed to Entertainment Weekly that his character was supposed to rape his wife Serena (Yvonne Strahovski) during their diplomatic trip.

"I guess in many ways, as abhorrent and nasty and evil as Fred is, I have to defend parts of him. In episode nine, we had a moment where Fred was going to — after meeting Luke — rape Serena in a hotel room straight after, and it just didn't track for me," he said. "I had to go out on a limb and refuse to do it because I felt that even though Fred is who he is, he's human. And I think that he would be reeling from the interaction with Luke, and that suddenly the reality comes face to face with him and he would be digesting that and trying to understand it, and he wouldn't necessarily be switched on by being in Canada in a new hotel and trying to heavily persuade his wife to do something that she wouldn't want to do."

Had it been included, how much would that scene have changed the rest of the season and Serena's story arc? To be honest, that's a question we're totally fine with not having the answer to. Fiennes also went on to explain he was successful with "long emails and defending and pushing, and feeling that Yvonne had tracked Serena so beautifully that her disenfranchisement with the regime and Fred was so beautifully charted it didn't need a heavy scene to kind of suddenly push her over the edge."

Watch the video below to see Fiennes explain more about just how he channels Waterford on The Handmaid's Tale.