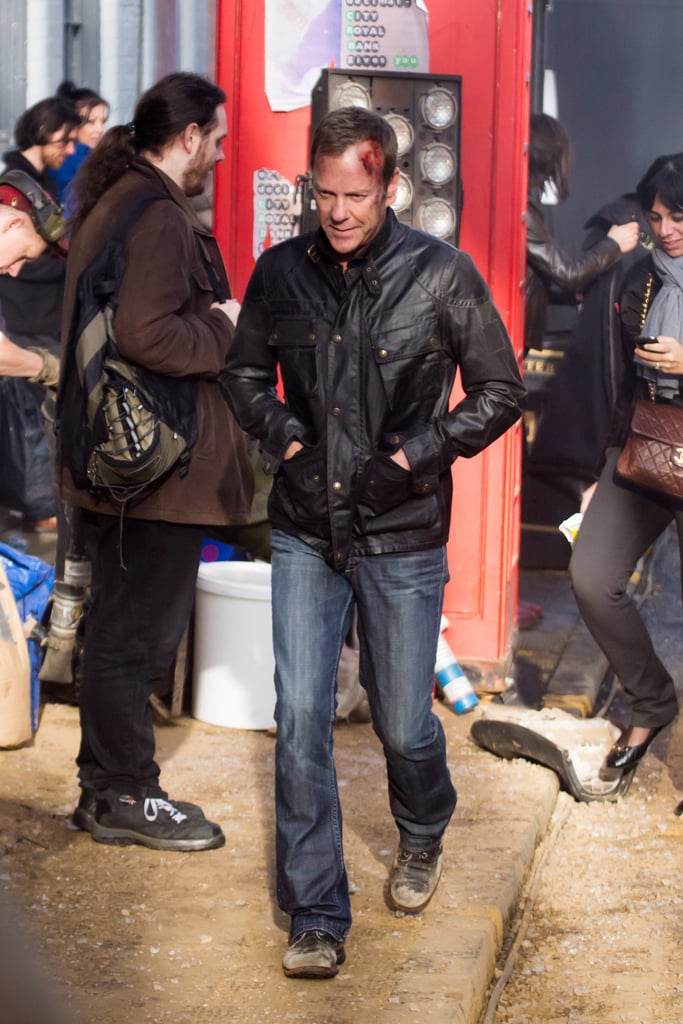 Kiefer Sutherland made his first appearance on the London set of 24: Live Another Day! He got into character as everyone's favorite small-screen hero, Jack Bauer, on Wednesday, filming an action scene with blood on his face and a gun in his hand. There was even a massive car explosion in the street and an apparently injured accomplice — stuff 24 dreams are made of.

It's been almost four long years since the hit series was canceled and a whole nine months since rumors of a TV reboot got started (not to be confused by the chatter about a possible movie). Kiefer and executive producer Manny Coto helped clear up the confusion about 24: Live Another Day at a Winter TCA panel last week, when they shared that the special series will be 12 episodes long and still take place over the course of one day with some skips in time. Fans should also prepare for the fact that Jack and Chloe will be "pitted against each other" this time around. Scroll for more images of Jack in action before the big premiere on May 5!