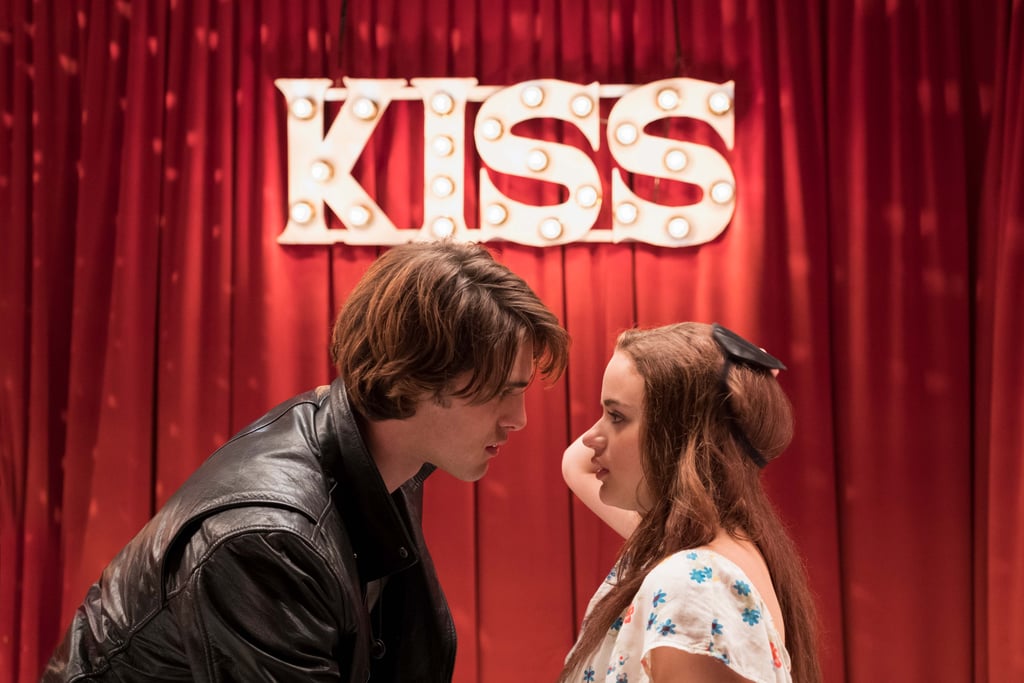 I've Watched a Lot of Bad Movies, but Man . . . We Need to Talk About The Kissing Booth

Netflix knows what teens of today want, and it's a wacky rom-com that prominently features celebrated Ramona and Beezus actor Joey King caught in various states of undress. (She's 18 now, y'all.) The Kissing Booth has become a mini cultural phenomenon, so much so that people of all ages are clamoring for a sequel.

How has this little high-school-set romance captured such a large audience? Sure, it has a killer soundtrack and a very tall leading guy (who happens to be dating King IRL), but there's so much more to The Kissing Booth. Teens kissing other teens in blindfolds! Sex and the City-style internal monologues! Scenes so similar to other famous romantic comedies that you'll wonder if they're calculated nods to the classics or if the writers just didn't realize The Proposal had already been there and done that!

After finally breaking down and watching the movie, I felt compelled to take you through the unique journey that is The Kissing Booth. Make sure you're comfortable, because this will take a while.

Netflix
Things Heard & Seen: Netflix's Twisty New Thriller Is Based on a Book — Read the Spoilers
by Hailey Swint 12 hours ago

Netflix
Will Thunder Force Get a Sequel? Here's What We Know About the Comedy's Future
by Amanda Prahl 14 hours ago

Gal Gadot
Gal Gadot Was Inspired by Princess Diana For Wonder Woman: "She Was Full of Compassion"
by Grayson Gilcrease 18 hours ago
Nicole Kidman
The First Look at Nicole Kidman as Lucille Ball Will Make You Do a Double Take
by Kelsie Gibson 20 hours ago