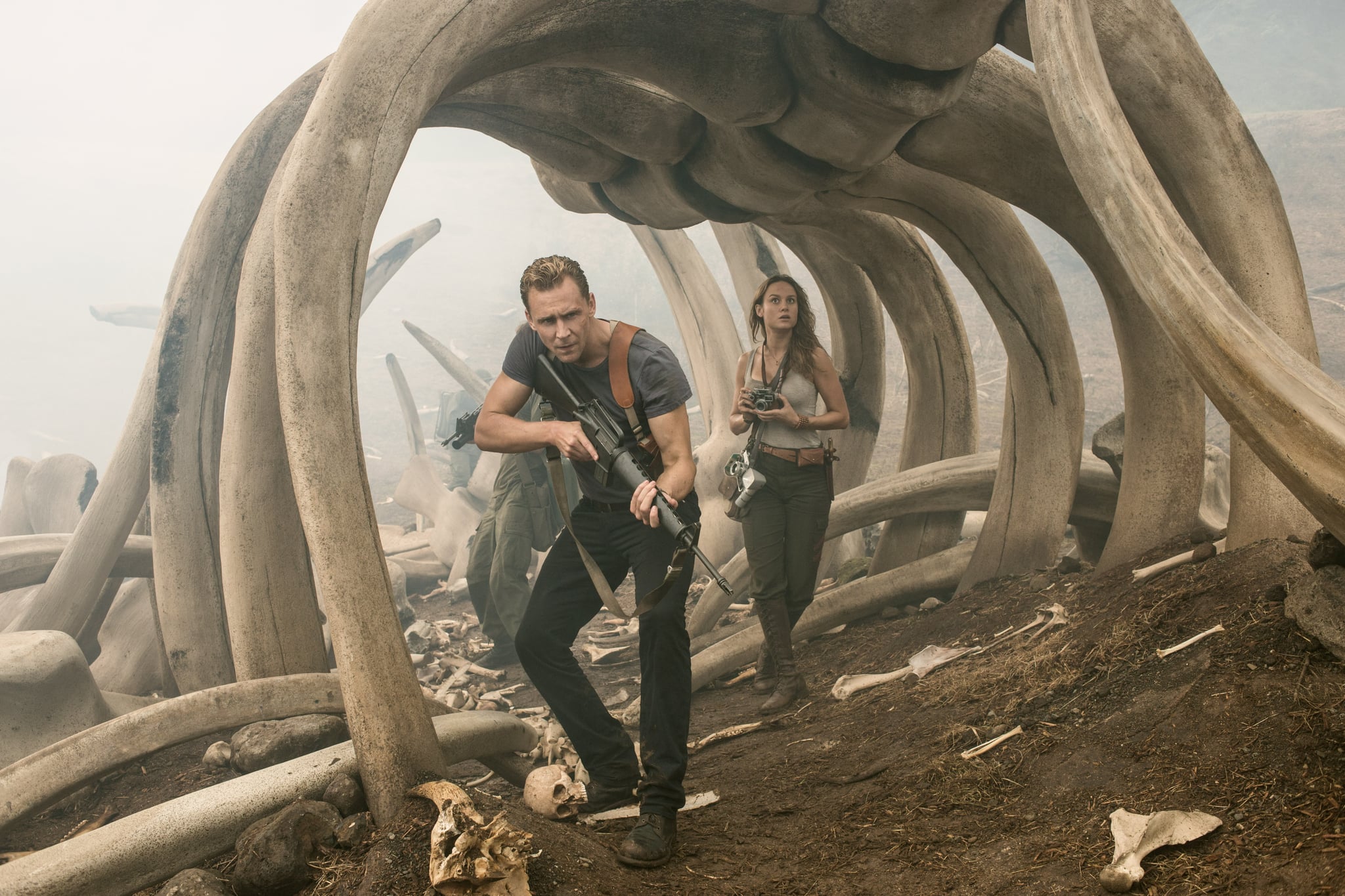 Spoilers for the end of Kong: Skull Island below!

For anyone who saw Kong: Skull Island and couldn't get enough of the entertaining action flick, we have good news. Thanks to the crazy post-credits scene at the conclusion of the film, it seems like there's going to be a lot more King Kong in our future. The only downside? It probably won't hit theaters for a long, long time.

If you stick around after the miles and miles of credits finally finish scrolling, you'll be treated to a scene of Brie Larson and Tom Hiddleston's characters — who are among the only people who survive the film and make it off Skull Island — being held in Project Monarch headquarters (a top-secret government organization that was first introduced in 2014's Godzilla, and is to the "MonsterVerse" what S.H.I.E.L.D. is to superheroes). There they're told that Kong is not "the only King" out there, and are then shown a series of slides featuring creatures like Mothra, Rodan, King Ghidorah, and Godzilla.

This scene neatly sets up the Godzilla sequel starring Vera Farmiga, Millie Bobby Brown, and Kyle Chandler, called Godzilla: King of the Monsters, which won't arrive until 2019. Although it's not clear if Kong will make a physical appearance in the sequel, the creative forces behind the MonsterVerse (Legendary Entertainment and Warner Bros.) are already hard at work on an eventual Godzilla vs. Kong film, so we can assume there will be at least some connection between the two super-species in it. So far, the studio is in the process of rounding up a writers room to hash out the story specifics of Godzilla vs. Kong, led by Pirates of the Caribbean co-writer Terry Rossio. Once they figure out details, someone will be chosen to write the script. The tentative release date for that epic showdown is May 29, 2020, so settle in for a wait.

Star Wars
After 45 Years, James Earl Jones Is Hanging Up His Cape as Darth Vader
by Chanel Vargas 2 hours ago

Netflix
Jamie Foxx, Teyonnah Parris, and John Boyega Bring the Laugh in the "They Cloned Tyrone" Trailer
by Victoria Edel 4 hours ago