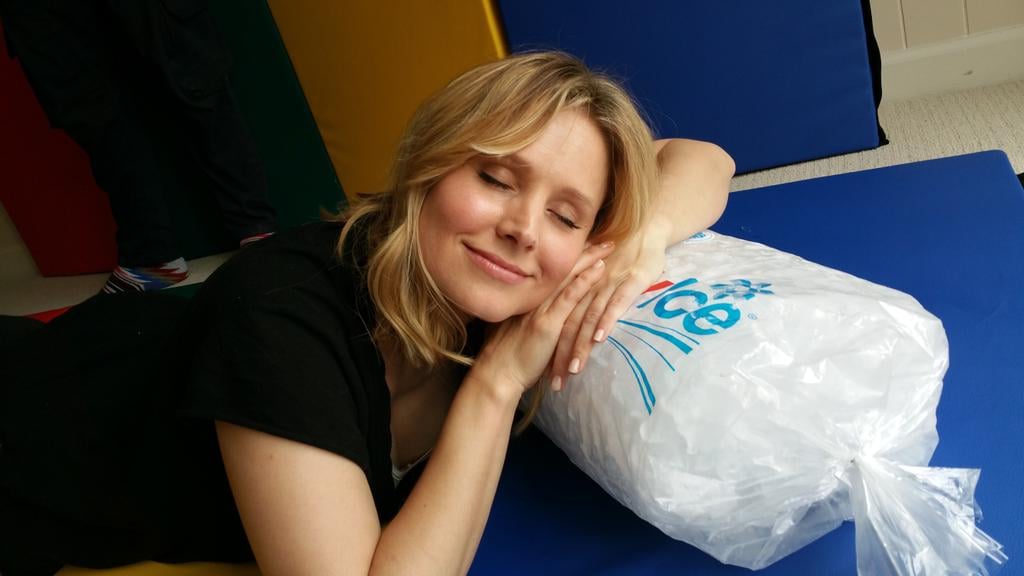 Frozen 2 is officially official, and we could not be more excited. However, there is one person who might be the most excited of all: Kristen Bell. The actress, who voices Anna in the films, confirmed the news by posing lovingly with a bag of ice on Twitter. She also revealed some rejected announcement photos, which might be even funnier than the original picture. Take a look, and get excited, because Frozen Fever is now in theaters!