Exciting news for the Twin Peaks reboot: star Kyle MacLachlan has been confirmed to return! While it was speculated that he and other original cast members would return to Showtime's limited-run series when the news was announced last year, MacLachlan himself appeared at the cable network's TCA event with the news. Essentially in character with Agent Dale Cooper's signature cup of coffee in hand, MacLachlan crashed the stage during Showtime president David Nevins's presentation and told reporters he was "very excited to return to the strange and wonderful world of Twin Peaks." Oh, and the show's fans will be excited to hear that he offered Nevins "a damn fine cup of coffee." 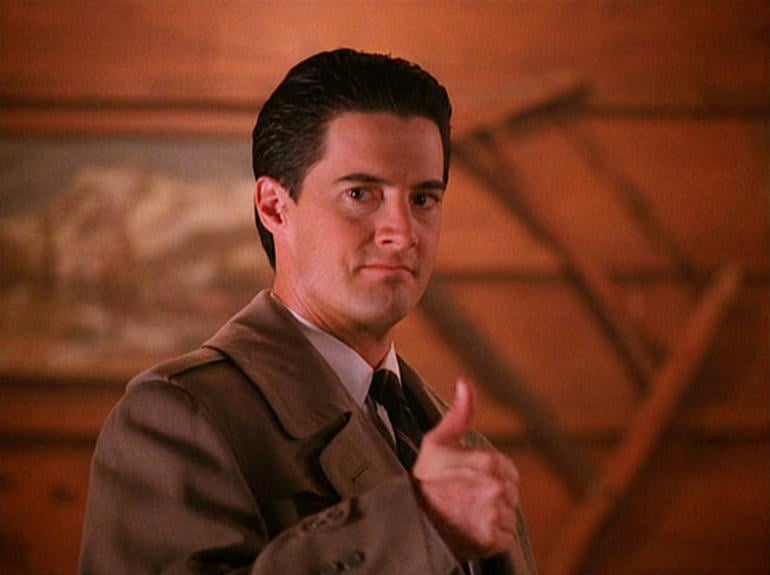