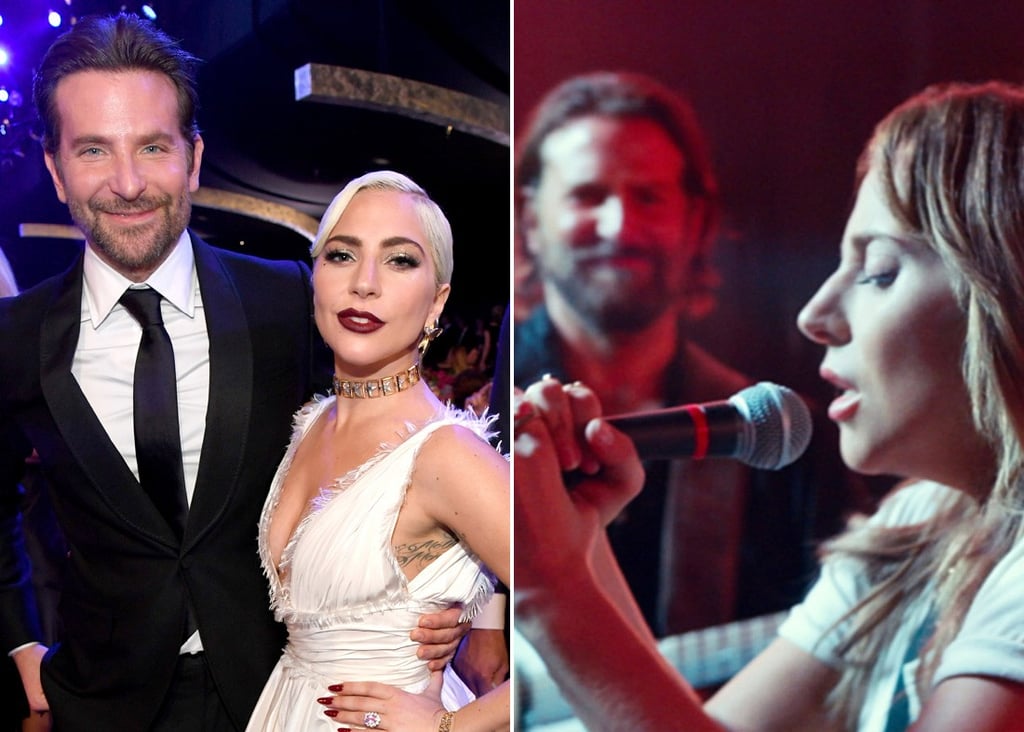 Lady Gaga and Bradley Cooper's "Shallow" easily became one of 2018's best songs the day it dropped. It's no wonder that it's nominated for an Academy Award as best original song. Everything about it is iconic: the words, the production, the vocals, Gaga and Cooper's chemistry — whew, the chemistry! That's why fans went into a frenzy when the two recently joined on stage in Vegas during Gaga's Enigma residency to perform the song. That's also why fans are grabbing their virtual pitchforks and microphone stands, ready to Twitter riot if Gaga and Cooper aren't allowed to sing the ballad in its entirety at the Oscars on Feb. 24.

There was already some controversy surrounding who would be allowed to perform at all during this year's show. The Academy initially said that only two of 2019's five-Oscar nominated songs would have full productions at the event: Gaga and Cooper's "Shallow" as well as Kendrick Lamar and SZA's Black Panther track, "All the Stars." The decision was reportedly made to cut down on the show's run time. However, some artists and music industry officials weren't all that happy about the verdict. Mary Poppins Returns actor Lin-Manuel Miranda particularly expressed his disappointment in not being able to sing "The Place Where Lost Things Go" — one of the other nominated songs.

Finally, the Academy decided that all the nominated songs would be performed, but it comes at a price: each number will only get 90 seconds on stage. Yeah . . . 90 seconds. And fans who bellow "Shallow" at the top of their lungs know that a mere minute and a half is hardly enough time for Gaga to finish her beautifully haunting "ahhh-ah-ah-ah-aaahh-ooohhh-ahhh" note. So when the Academy tweeted about Gaga and Cooper's performance on Friday, fans quickly (and in some cases, threateningly) urged executives to allow the costars to sing all 216 seconds of the melody. Read some of the best reactions to the tweet ahead!

Related:
Unsurprisingly, There Are a Lot of Mixed Reactions to This Year's Oscar Nominations
Previous Next Start Slideshow
Lady GagaBradley CooperMusicAward SeasonOscarsMoviesA Star Is BornTwitter Reactions

Neve Campbell
The Latest Scream Was Filled With Twists and Turns, So Let's Break Down That Ending
by Amber Frost 19 hours ago