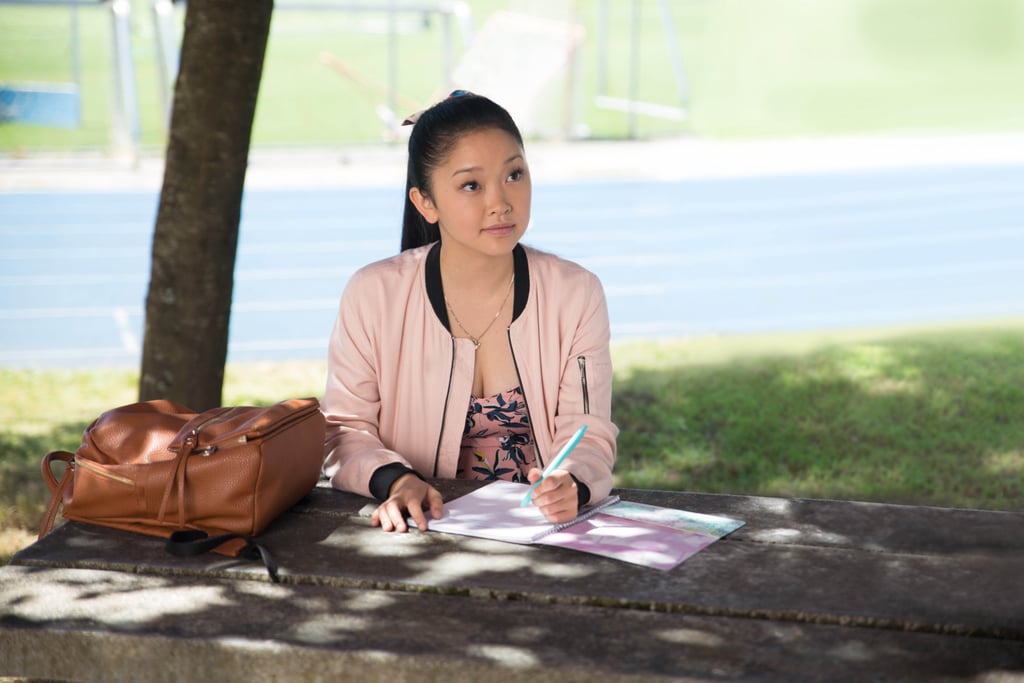 It's official: Lana Condor is finished playing Lara Jean Covey in Netflix's To All the Boys I've Loved Before. I know, you probably don't want to hear this, but we can lament together. On Thursday — five days after costar Noah Centineo announced his departure — the actress revealed that she has also completed filming for the book-to-movie trilogy. "Today, a lot of the To All The Boys cast is wrapping... and we're shooting the LAST scene of the whole franchise," she tweeted. "Needless to say I've been avoiding all eye contact bc at any moment I know I'm going to burst into tears."

Ever since TATBILB dropped in August 2018, Condor and Centineo's chemistry as onscreen love interests has made fans "ooh" and "aww," even earning them the MTV Movie & TV Award for best kiss back in June. It is a bit heartbreaking that they're parting ways with their characters, but things aren't completely over for viewers. We'll get to watch Condor and Centineo reunite in the upcoming sequel P.S. I Still Love You on Feb. 12. They'll then return for the third and final movie, Always and Forever, Lara Jean. Look ahead to read Condor and Centineo's bittersweet farewells, then check out some of their cutest stills from the film!