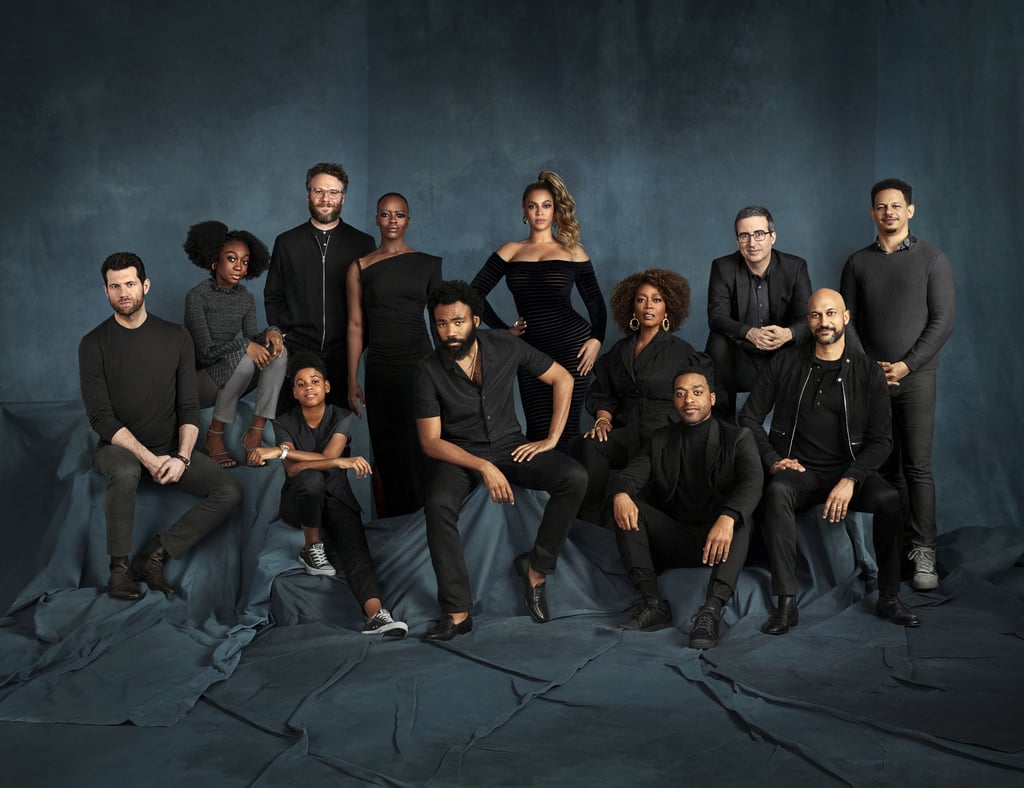 The live-action remake of The Lion King comes out this month, and we're officially counting down the days until we see our favorite characters on the big screen again. Ahead of the anticipated release, Disney shared a stunning look at the new cast in a group portrait. Donald Glover and Beyoncé are front and center, while other key cast members like Alfre Woodard and Chiwetel Ejiofor pose in matching black and gray ensembles.

This isn't the first time Disney has shared a gorgeous look at the IRL cast, either — in early July, we got a glimpse of all the actors with their onscreen animal counterparts. In the photos, which you can see ahead, Glover has a stare-down with Simba, Beyoncé comes face-to-face with Nala, and John Oliver, Seth Rogen, and Billy Eichner smile at their lovable characters, Zazu, Pumbaa, and Timon. Between the extravagant trailers and the official stills from the film, we have a good feeling this remake is going to make us just as emotional as the original.