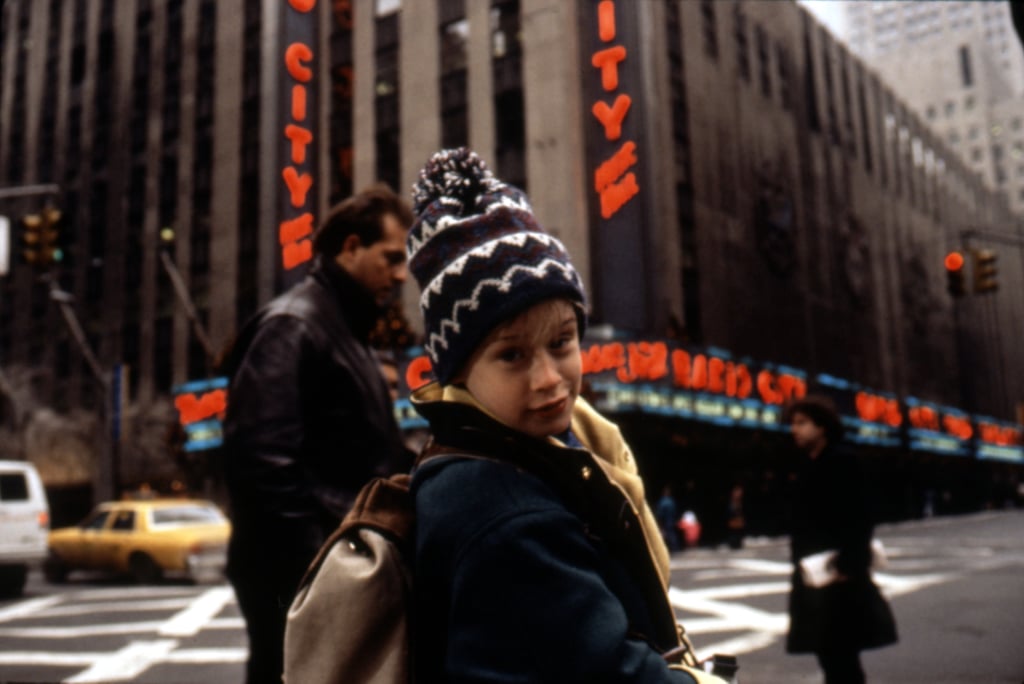 Welp, Disney is moving forward with a Home Alone reboot (yes, another remake), and the film's original star, Macaulay Culkin, has some thoughts.

On Wednesday, the actor — who led 1990's Home Alone as well as 1992's Home Alone 2: Lost in New York — reacted to the news with a hilarious Instagram post. Sharing a photo of himself sitting on a couch while holding his stomach and eating food with a laptop in front of him, Culkin quipped about how different things would be if he returned as the main character. "This is what an updated Home Alone would actually look like," he captioned the snapshot.

Disney CEO Bob Iger first announced a Home Alone reboot is in the works during a conference call on Aug. 6. The film — which is now under the company's umbrella since Disney acquired 21st Century Fox in March — will be available on the upcoming streaming platform Disney+. According to The Hollywood Reporter, Iger revealed the service will house other remakes, including Night at the Museum, Cheaper by the Dozen, and Diary of a Wimpy Kid. "We're also focused on leveraging Fox's vast library of great titles to further enrich the content mix on our [direct to consumer] platforms," he said. While we wait for more details about the reimagined Home Alone, let's look back at the classic original movie. Keep scrolling to see a young Culkin as Kevin McCallister!

Related:
144 of the All-Time Best '90s Movies — How Many Have You Seen?
Previous Next Start Slideshow
Celebrity InstagramsMacaulay CulkinHome AloneDisneyMovies

Ciara
Nothing Says "Sun's Out, Buns Out" Quite Like Ciara's Cheeky One-Piece
by Victoria Messina 20 hours ago