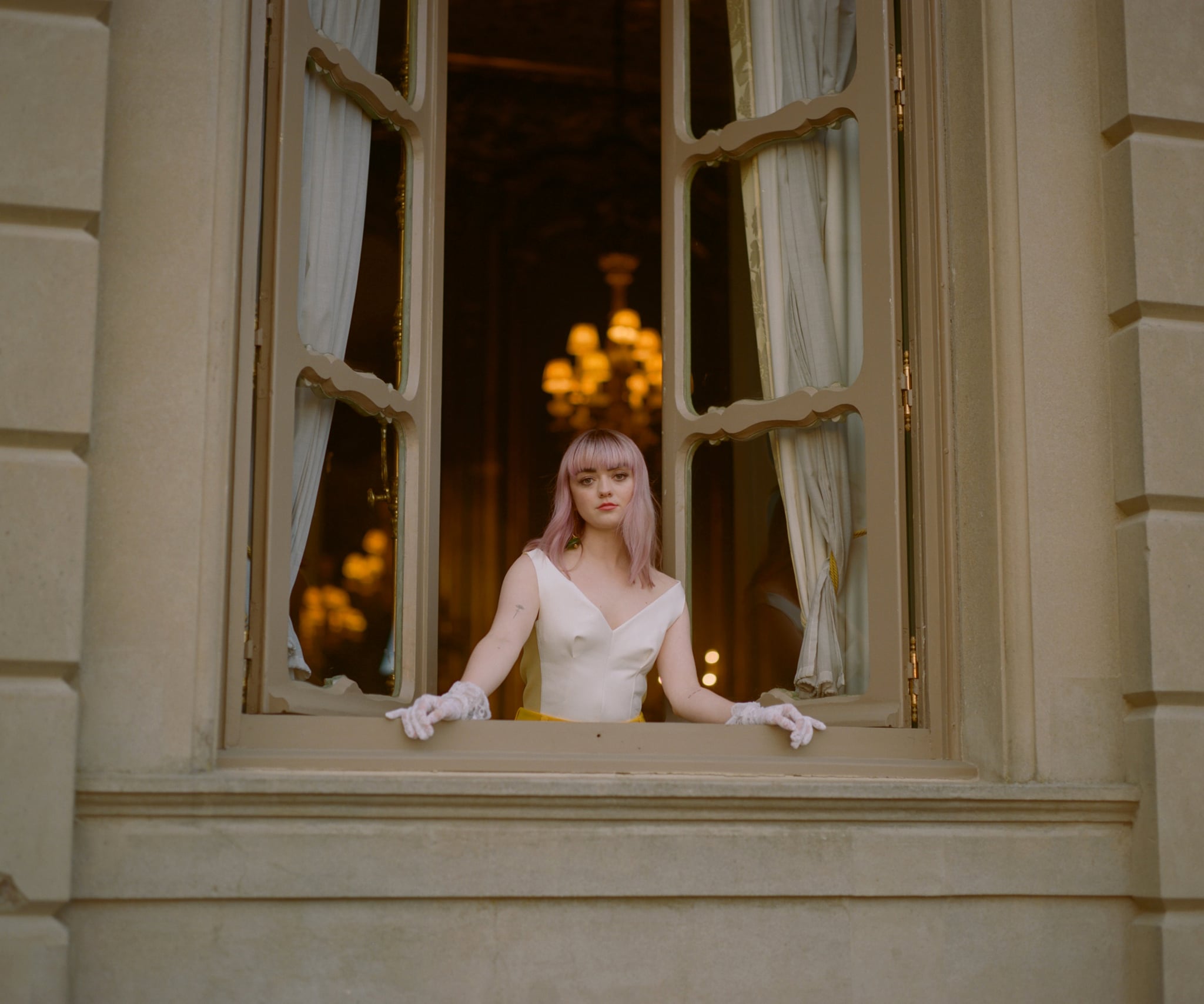 With the Game of Thrones finale looming in the distance like a horde of White Walkers, I know I'm already feeling pretty nostalgic even if the show isn't technically over yet. In a recent interview with SSENSE, Maisie Williams — aka Arya Stark, aka the most badass assassin in Westeros — reminisced about playing Arya for nearly a decade, and discussed what she plans to do after the show ends. Among other things, including her passion for making dolls and dyeing her own hair, Williams opened up about which character she identifies with most. (Hint: It's not Arya!)

While Williams has done an incredible job playing the teenage vigilante, the character she relates to most might come as a surprise. "I identify with Samwell Tarly — he has this low view of himself but is still doing incredible things and has had this whole journey," Williams explained. "And in some ways, I identify with Jon Snow, in that everyone says to him, 'You're the King of the North' and he's like, 'I've never wanted to be a king.' Particularly coming to the end of the show, everyone's saying to me now, 'You're going to be a hugely successful actor now. You have to act. That's what you've been born to do,' and I'm like, 'But no one's seen me do anything else.' Maybe I'm going to make really dope dolls. Who knows?"

As much as we would love to see an entire line of dolls handmade by Williams herself, I do hope she continues acting in some capacity, because I know I'm not ready to say goodbye to this Stark sister just yet. "Playing Arya will be the most defining thing I ever do, and now it's done," Williams said. "It was my first role. So much of what I know about this world is in Arya and I can't imagine anything that will be as precious to me as Arya is — was. God, that's somber. I'll always keep a piece of Arya with me. I know where my bar is now, and I don't feel like I ever want to go any lower than that." We'd expect nothing less from the slayer of the Night King.

TV
Cruel Summer: How That Twist Ending With Jeanette Could Set Up Season 2
by Kelsie Gibson 14 hours ago

Alejandro Nones
Alejandro Nones and Carolina Miranda Reflect on Who Killed Sara? and Tease Their New Show
by Monica Sisavat 19 hours ago