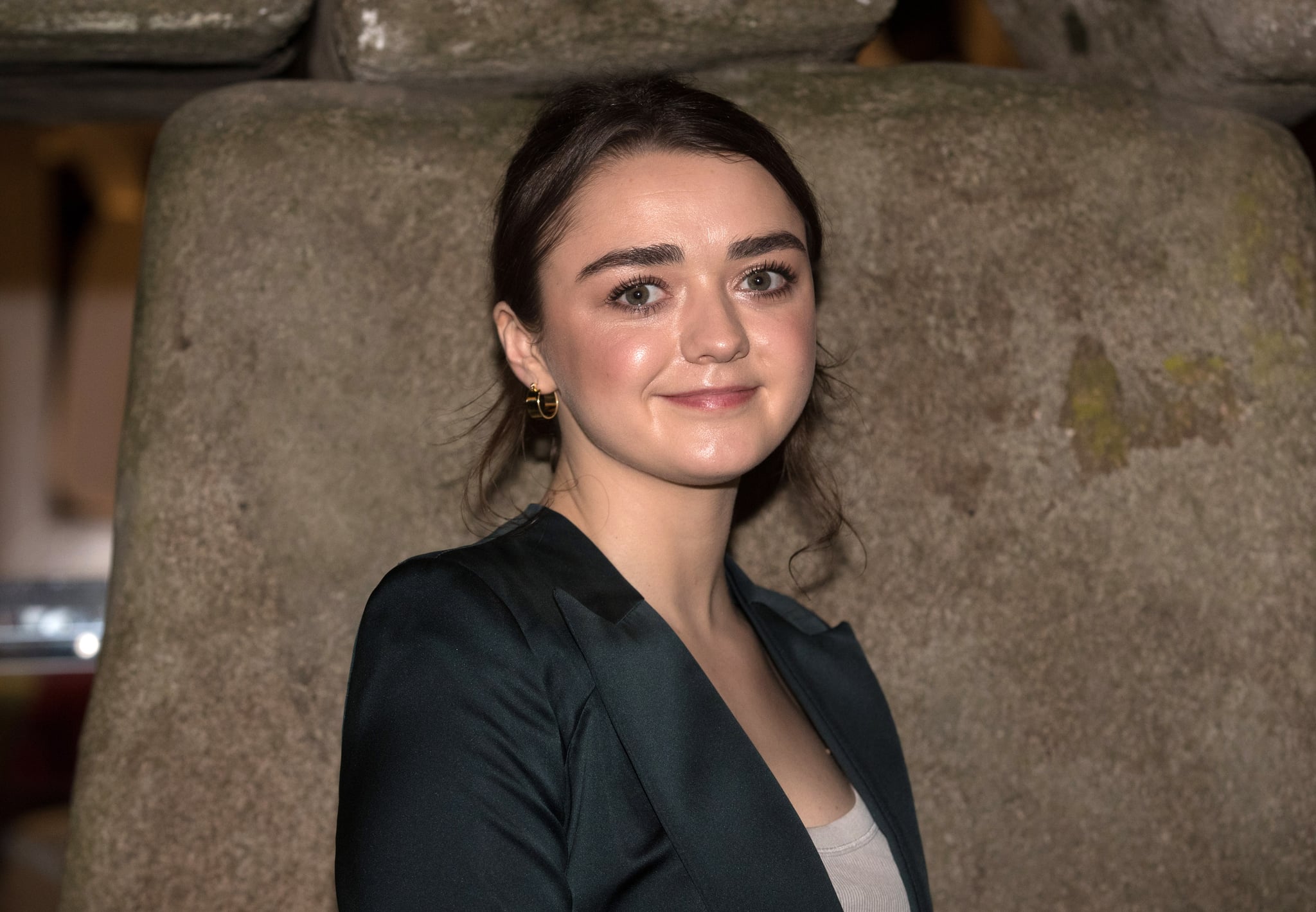 Fact: Arya Stark is a bona fide badass, and so is the lady that plays her, 21-year-old English actress Maisie Williams. It's hard to imagine the starlet playing anyone beside the young sword-wielding, patriarchy-crushing avenger, but have no fear — Williams has an insane number of projects lined up after the end of Game of Thrones. Even though we'll soon be saying goodbye to Arya, here are all the projects that you'll be able to catch Williams in soon enough.

Related:
Maisie Williams Reunited With Her Game of Thrones Big Brothers IRL, and the Photos Are SO Cute

Then Came You, a teen drama in which she stars alongside Asa Butterfield and Nina Dobrev, hit theaters in February. In the film, Williams plays Skye, a teen with a terminal illness who recruits a 19-year-old neurotic hypochondriac named Calvin (played by Butterfield) from her support group to fulfill her bucket list. In the process of helping Skye live out her last wishes, Calvin learns to confront and conquer his own fears, including falling in love with the beautiful Izzy (played by Dobrev).

After that, Williams is set to appear in X-Men: The New Mutants, which will hit theaters sometime in Fall 2019. Based on the Marvel comic team of heroes, the film is going to be the first installment in a trilogy in which Williams will play Rahne Sinclair, or Wolfsbane, who has the ability to mutate into a wolf. Other stars in the film include Split's Anya Taylor-Joy and Stranger Things star Charlie Heaton, and from the trailer alone — which shows the mutants held in a top-secret facility against their will and attempting to escape — we know this one's going to be pretty intense.

Finally, the most recent project Williams has been tied to is a starring role in 1990s-set thriller The Owners, based on a comic book from the artist Herrmann and written by Yves H. The film is set to start shooting this Spring in an isolated Victorian mansion in Kent, telling the story of two 20-something friends who are urged to rob an elderly local doctor and his wife by an out-of-town sociopath. Williams will portray the girlfriend of one of the potential robbers, who tries to convince him not to carry out the plan but finds herself dangerously involved nevertheless.

Despite all of the exciting projects Williams has involved herself in, it still won't be easy for her to say goodbye to Arya. In an Instagram post last Summer, Williams shared a photo of a pair of bloody sneakers, along with the caption: "Goodbye Belfast. Goodbye Arya. Goodbye Game of Thrones. What a joy I've had. Here's to the adventures to come." She included a hashtag with "last woman standing," which has fans speculating that Ayra Stark will survive until the bloody end. Soon after, Williams also got a tattoo with the words "No One," alluding to Arya's time spent assassin training at the House of Black and White in season five, so no matter where Williams goes next, we know she'll always carry a part of the fierce Arya Stark with her.