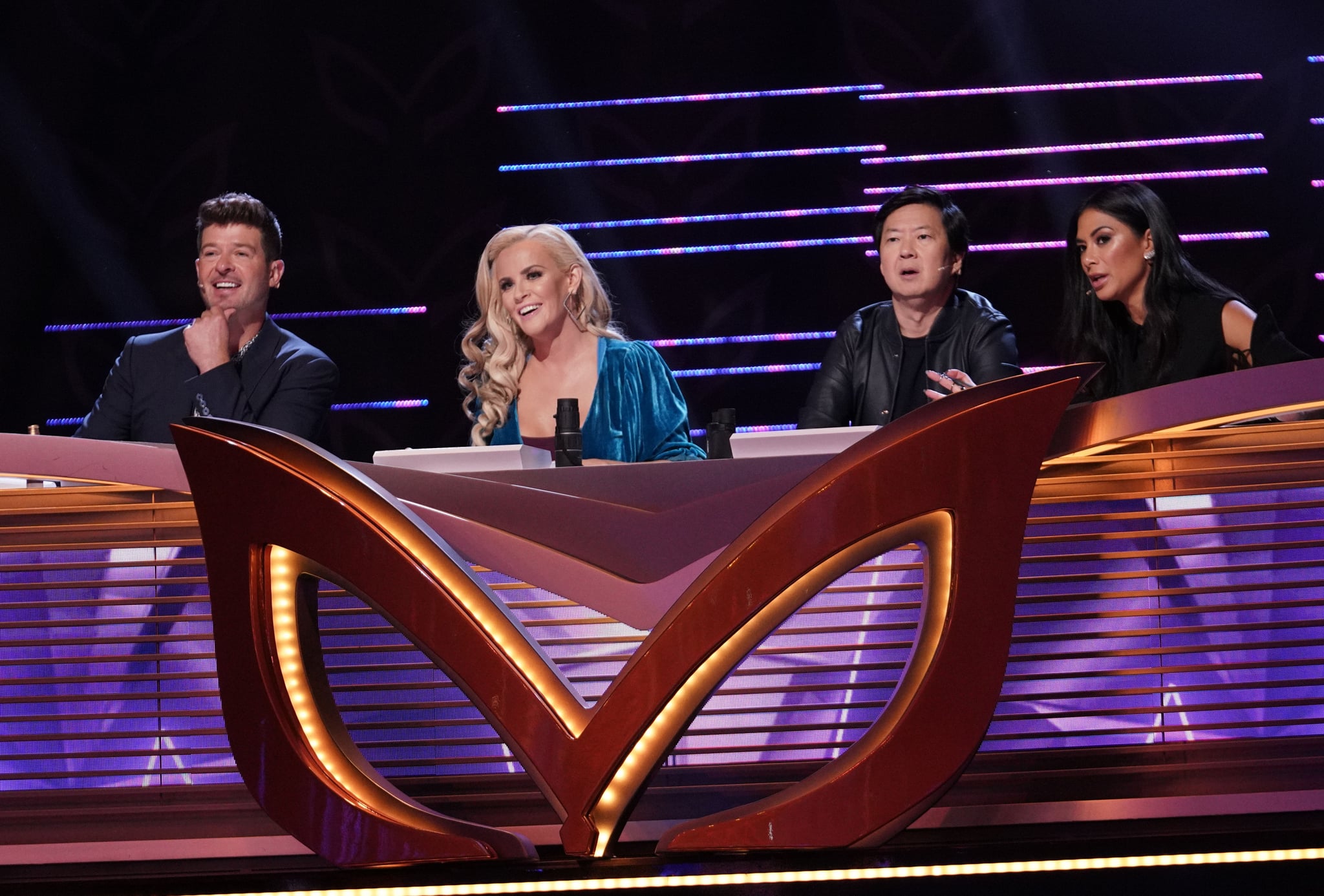 In a sea of reality TV programming, Fox's quirky singing competition The Masked Singer managed to rise above and become a genuine phenomenon in its first season. Based on a South Korean show, the reality series brings a new twist to the live singing competition genre. Celebs compete — hidden behind elaborate costumes and masks — from week to week, and the judges and audiences vote on who gets to move forward, all while trying to guess who's behind the mask. Even before the first season's finale in February, Fox announced that the series has already been renewed for a second season!

The Jan. 30 announcement was posted on the show's official Instagram account, and that image already has more info about the second season. All four judges — Ken Jeong, Jenny McCarthy, Robin Thicke, and Nicole Scherzinger — are set to return for another season, and host Nick Cannon has also signed on to return. And it turns out that some of season one's fan-favorite competitors might return too, albeit in a non-competitive way. Executive producer Craig Plestis told Entertainment Weekly that they're already discussing some favorite characters to bring back.

"I can guarantee you, every season you'll see a whole new batch of characters . . . [but] you also might see some of the older characters come back, but not in a competition way. You never want to say completely goodbye to the Hippo."

The format will probably remain the same for season two, but one thing might be tweaked: the clues to the singers' identities might become harder to guess. Plestis told The Hollywood Reporter that he wishes some of the clues in season one had been more challenging.

"The one thing I want to try to work on in season two is that combination of giving enough clues out to America so they can be involved in it, but not giving so much that we give everything away. So it will be a balance for every season after. People get invested in this; they want to figure it out; and we want them to figure it out as well . . . You can add all these clues up and go, 'OK, without a doubt, I know who's underneath that mask.' It's like a well-crafted crime novel. And that's a little bit what we have to do with the show."

The premiere date for the second season has not yet been announced, but it's looking pretty likely that we won't have to wait a full year for new episodes. Most of the major broadcast networks fill their Summer schedules with reality and game shows, so The Masked Singer would fit right in. Until the new season premieres, you can rewatch or catch up on season one on Hulu!