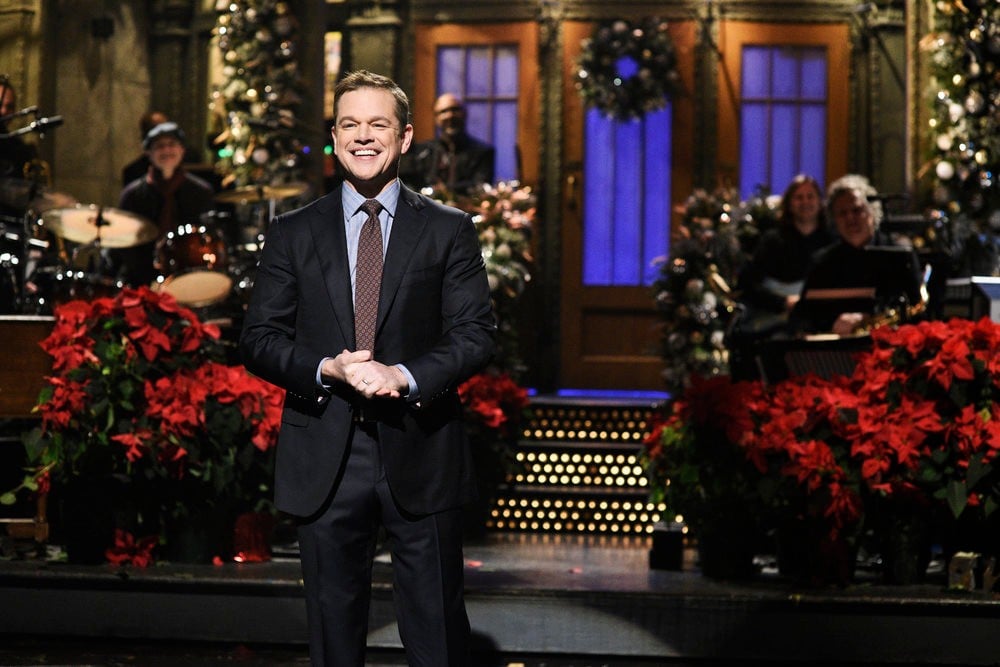 Did Matt Damon rock the hosting game on Saturday Night Live, or did he freakin' rock it, guys? The actor took the reins for the NBC show's last new episode of 2018, and it's safe to say he provided us with enough laughs to last until the new year. Whether he was reprising his role as Brett Kavanaugh, moderating the Westminister Daddy Show, or delivering his spot-on impersonation of Matthew McConaughey, Damon had us in stitches for the entire episode. If you're didn't catch all of his unforgettable skits, be sure to relive them all ahead, and then watch Miley Cyrus's powerful performance of "Happy Xmas (War Is Over)" (with some tissues nearby, because it's a real tearjerker).

Related:
Matt Damon's Hilarious SNL Skit About the "Best Christmas Ever" Is a Little Too Real For Parents
Previous Next Start Slideshow
Saturday Night LiveMatt DamonTV