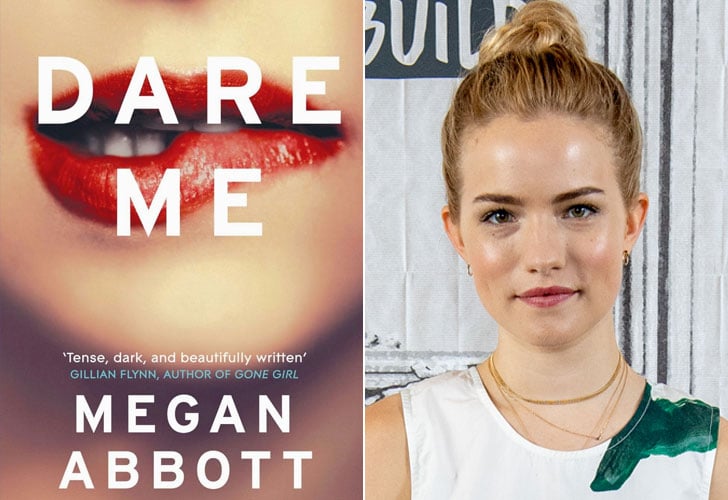 Megan Abbott's dark and twisted cheerleading novel, Dare Me, is getting the small-screen treatment, so your countdown to read it officially starts now.

An adaptation of the thriller, which came out in 2012, is in the works starring MTV's Scream actress Willa Fitzgerald. If you haven't read Abbott's novel, then I can assure you the mess the main characters find themselves in is far more dangerous than subpar spirit fingers at a big cheer competition.

Fitzgerald plays cheerleading coach Colette French, who descends on a high school to bring its squad to prominence and in turn drives a wedge between two best friends on the team, Addy (Herizen Guardiola) and Beth (Marlo Kelly). Manipulative and cruel Beth has gotten used to ordering around Addy since childhood, but the arrival of Coach Colette upends their dynamic, leading to a battle of the wills that pushes the girls to their physical and psychological extremes. Their relationship becomes even more fraught when a shocking crime rocks their town, changing their lives forever.

The series has been picked up by USA and secured financing from Netflix, and it's described as "a coming-of-age/small-town drama/murder mystery mix." In other words, it sounds like it's the perfect mix of Pretty Little Liars, Elite, and Gossip Girl.

"Megan Abbott's voice brings a fresh perspective to USA Network, with a gripping, female-focused story that combines the ultra-competitive world of high school cheerleading with the secrets of a seemingly-perfect small American town," USA and Syfy President Chris McCumber said Monday in a statement.

A specific release date and episode count have yet to be nailed down, but hopefully we'll have more updates soon.