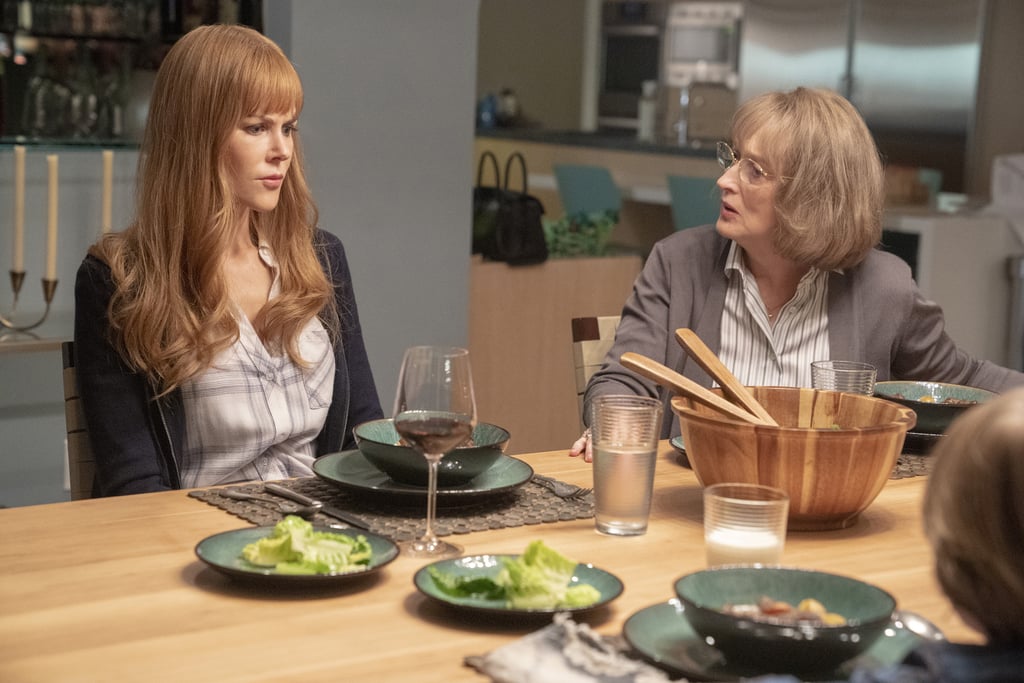 The season two premiere of Big Little Lies introduces us to Mary Louise Wright — the mother of Monterey's recently deceased Perry Wright (Alexander Skarsgård) and the mother-in-law of the grieving Celeste Wright (Nicole Kidman), who is trying to cover up the truth behind Perry's death. She's a character, to say the least.

It's obvious that Mary Louise is very much still mourning the death of her son, and wants everyone to know it. In one of the most memorable scenes of the season two premiere, the older woman laments Perry's death during dinner with Celeste and her twin grandsons. She recalls being at lunch with her friends and how angry she felt about the fact that their "pudgy, balding, middle-management sons" were still alive while her Perry wasn't. The entire thing made her want to scream. And so, in a moment that is somehow both ridiculous and hair-raisingly creepy, Mary Louise does just that — she screams like the fires of hell are at her very heels, shocking the sh*t out of everyone else at the table. Celeste almost chokes on her meal, probably wondering why on Earth she let this madwoman into her house and knowing this dinner will be discussed thoroughly in her sons' future therapy sessions.

The scene is so wild, Big Little Lies fans could not contain themselves with glee. It's everything the premiere needed: random, shocking, and so well-executed by Meryl Streep. Ahead, check out the scene in question, as well as joyous fan reactions to another win by the queen of Hollywood. We wouldn't be shocked if Streep's name is among the 2020 Emmy Nominations for that scream alone.