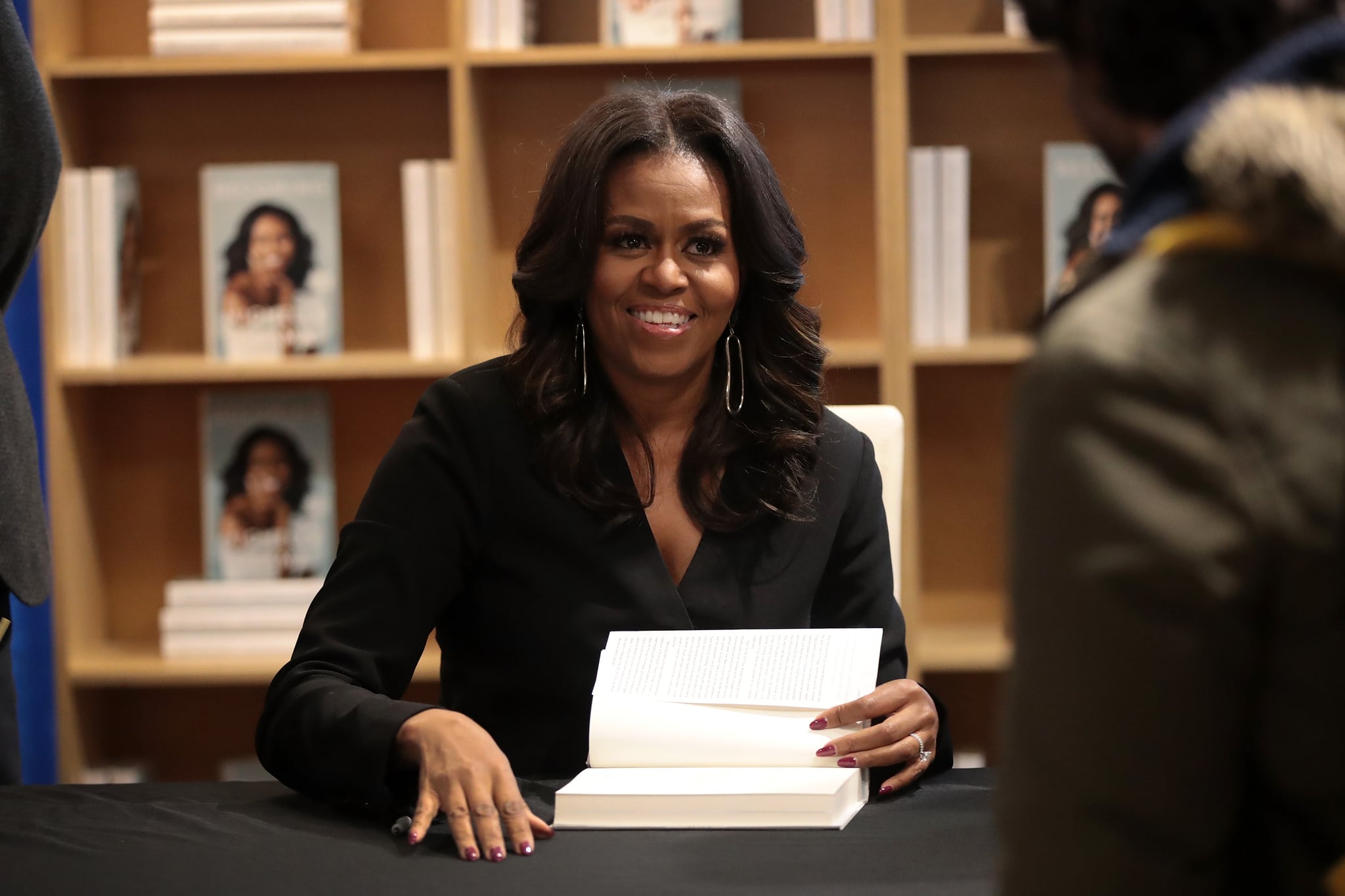 Former First Lady of the United States Michelle Obama is a lot of things — an influential figure, a style icon, an inspiration to many — and pretty soon, we might be able to call her a record-breaker. Her book, Becoming, is set to become (ha) the bestselling memoir in history. According to its publisher and Penguin Random House owner Bertelsmann, the novel has sold over 10 million copies since it was released in November 2018. Bertelsmann CEO Thomas Rabe held a news conference on Tuesday where he confirmed the high number of sales made it "our most notable creative success of last year" and declared, "We believe this could become the most successful memoir ever."

According to Bloomberg, Michelle's recollections of her journey from Chicago to the White House also boosted Bertelsmann's total sales to about $20 billion — the highest it's been since 2007. The book, which received an advance of more than $60 million from Penguin Random House before its release, has continued to inspire readers, including her hubby, Barack!

This year, Barack is set to release a memoir of his own. And knowing how much of a power couple Barack and Michelle are, we're expecting another bestseller to hit shelves.