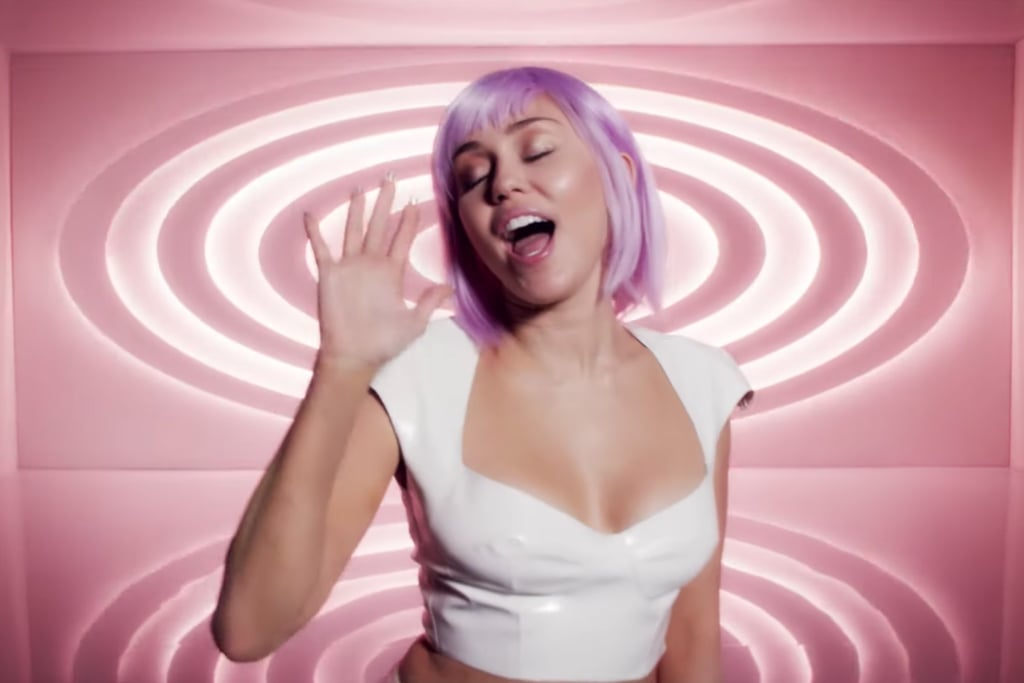 Miley Cyrus showed off her acting and singing chops during her debut on Black Mirror season five. During the episode titled, "Rachel, Jack and Ashley Too," the 26-year-old poses as a successful pop singer named Ashley O. who is living a double life. Sound familiar? While the episode certainly has some striking similarities to Cyrus's Hannah Montana days on the Disney Channel, it's the songs that are really catching people's attention.

While Ashley O. is more bubblegum pop, her music takes on a darker, rocker sound by the end credits. If you thought her songs sounded familiar, it's because they're actually covers of Nine Inch Nails' "Head Like a Hole." The pop track "On a Roll" switches out the lyrics to make it more PG, while the final version is more true to the rocker band's actual song.

So, what does Nine Inch Nails think about the covers? The band's frontman Trent Reznor gave his seal of approval. "[Reznor] wanted to see the script and I got to re-write his lyrics in a chirpy way," Black Mirror showrunner Charlie Booker said in a press statement. "I'm not the best lyricist in the world—in the first song she's singing: 'I'm stoked on ambition and verve' instead of 'You're gonna get what you deserve.'" See how the versions compare ahead!

Related:
Miley Cyrus Is on a Roll, and These Tweets Praising Her Black Mirror Debut Prove It
Previous Next Start Slideshow
Miley CyrusBlack MirrorMusicTV