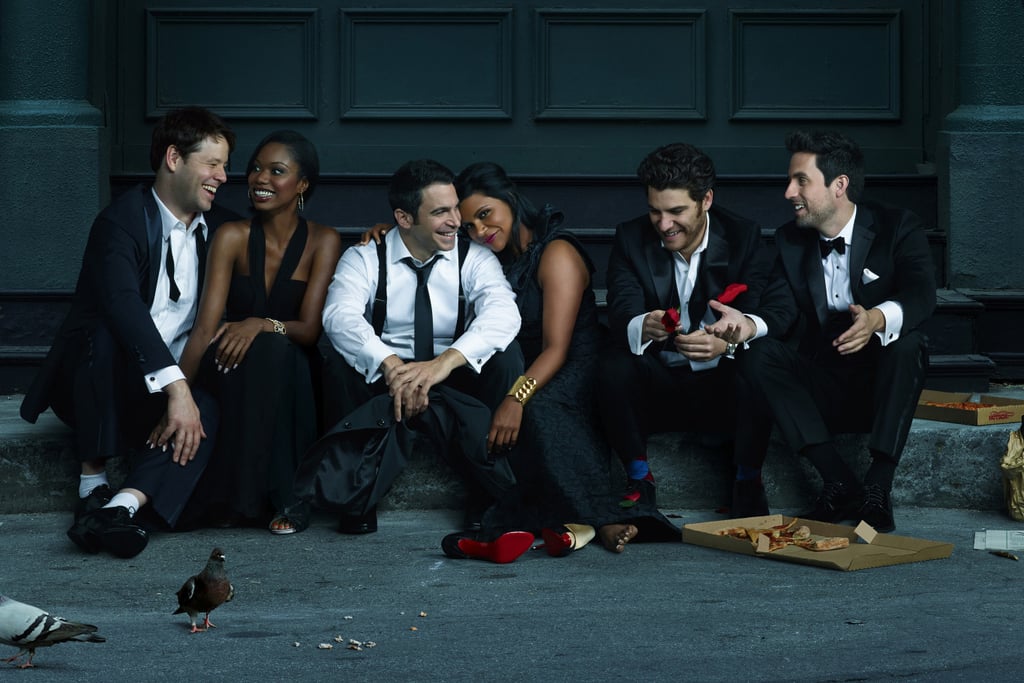 The Mindy Project is set to return with a new season on Sept. 16, and we're already salivating over new details. Mindy Kaling appeared during Fox's Summer TCA day to discuss the show and dished on the direction they're headed for Mindy and Danny. "This whole season we've been having a lot of fun with the Danny character, played by Chris Messina, and my character as a couple," said Kaling. "Particularly how Mindy can get Danny into trouble the way Lucy would get with Desi. Seeing two characters like that who are so different and would make virtually the opposite decision in every part of their day try to date has been really fun."

Kaling also teased an upcoming guest star for the next season: "We're very close to making an announcement about a very cool guest star who is going to recur on the show to play Danny's mom. We've already written a bunch of episodes with her very prominently in them. It is a big source of conflict for my character." Any guesses? Meanwhile, "Ike Barinholtz went and did a movie with Tina Fey and Amy Poehler [The Nest] and he needed to have an amazing body," Kaling said later at Fox's All Star party. "So Morgan has this body transformation over the Summer and now is, like, hot. So we're kind of addressing that."

We'll just be over here crying over Kaling's Emmy snub until Sept 16.

Image Source: Fox
The Mindy ProjectFall TVTV
Around The Web

TV
No More Theories: How WandaVision Ends the Scarlet Witch's Story . . . For Now
by Mekishana Pierre 3 hours ago