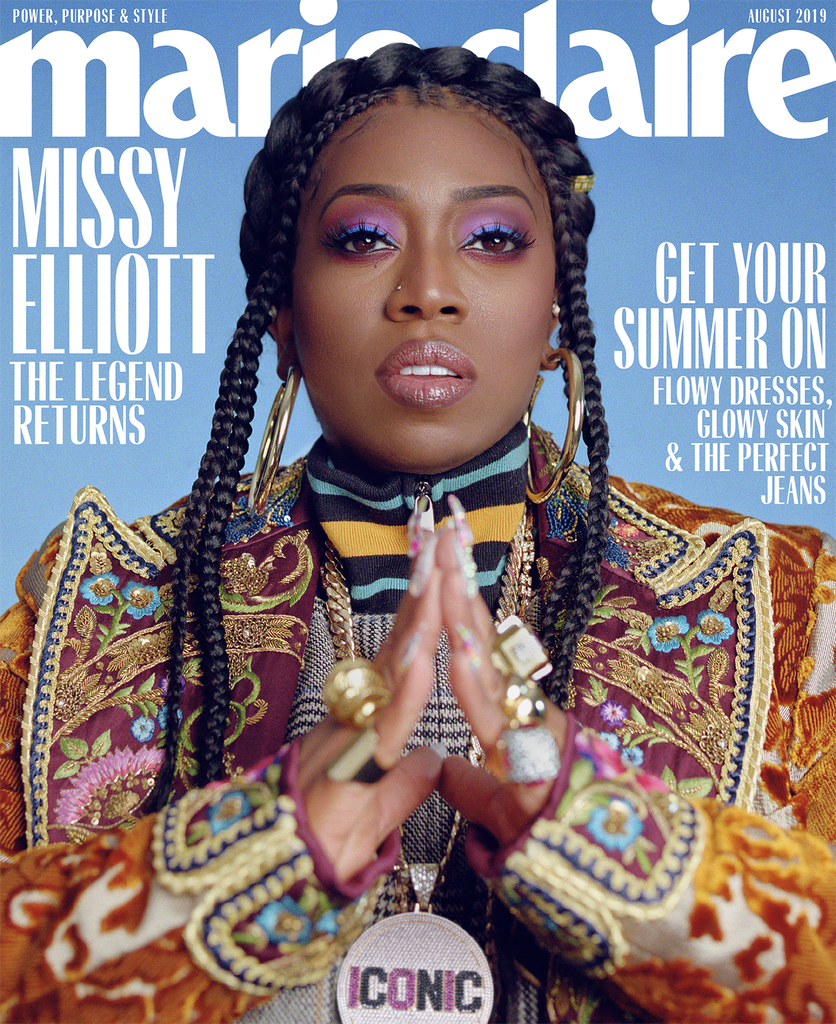 Missy Elliott Opens Up About Her New Music: "There's No One Like Missy — No One"

Missy Elliott dominated the charts from the late 1990s all through the early 2000s, but in a new interview with Marie Claire, the powerhouse rapper reveals she's nowhere near finished. As the latest star to grace the cover of the magazine for its August 2019 issue, Elliott opens up about her unique legacy and the new music fans can expect to hear from her on her highly anticipated seventh studio album, which has yet to be announced. Her outfits are iconic and her words about her journey are incredibly moving. Check out Elliott's standout quotes from her interview with Marie Claire ahead, and pick up the August issue when it hits newsstands on July 23.