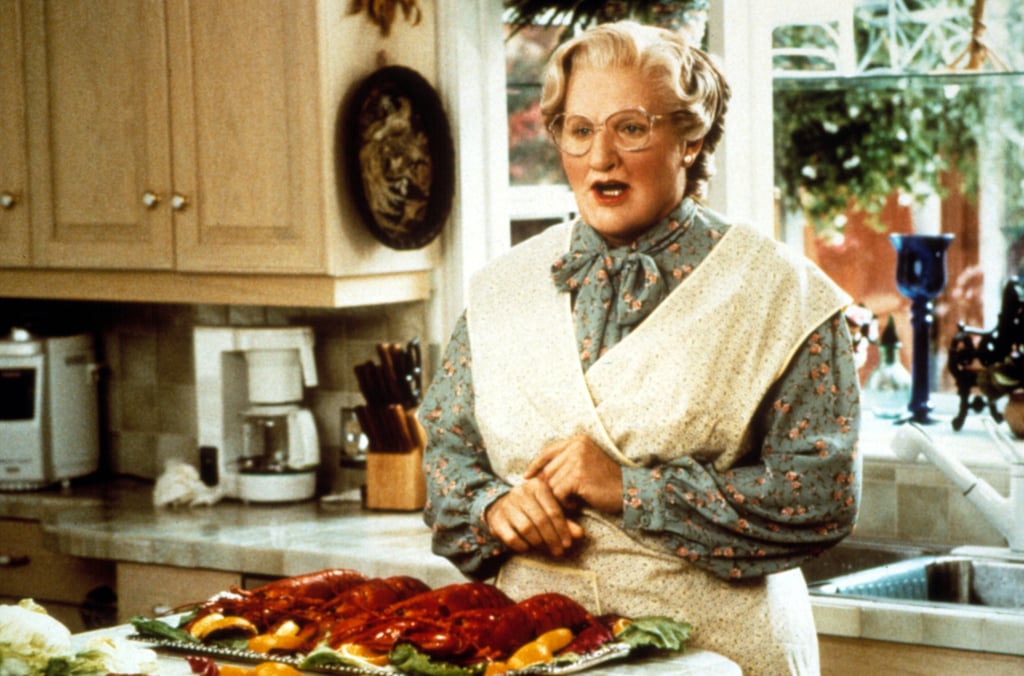 16 Moments That Prove Mrs. Doubtfire Will Always Be Hilarious

There are so many things to love about Mrs. Doubtfire, the 1993 classic that introduced the late Robin Williams to a whole new generation of fans. It doesn't matter if you're 5 or 50; Williams is hilarious as Daniel, a down-on-his-luck dad hoping to hold onto partial custody of his kids when his wife (Sally Field) decides to separate. In a stroke of genius, he enlists his brother to construct custom prosthetics to make him look like a nanny, and Mrs. Doubtfire is born. The family has grown up a lot since the movie was released, but we'll always remember them as the Hillards. In honor of it being Williams's birthday today, take a look at the timeless moments we'll never forget.