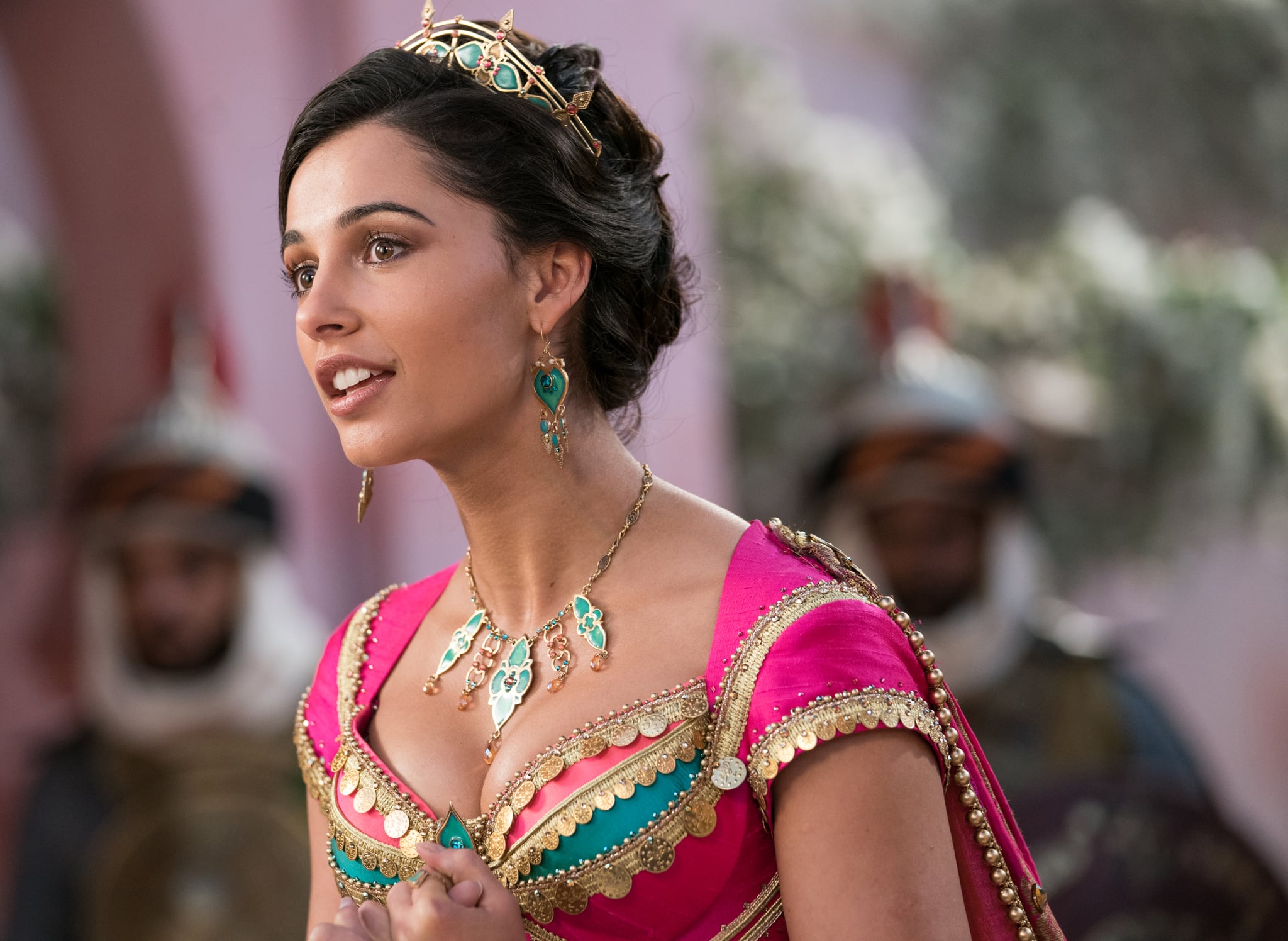 Disney's live-action adaptation of the iconic Aladdin has a lot going for it, including an incredible cast and a magical soundtrack. With each new look at the film promising a plethora of delightful surprises, one thing we couldn't help but wonder is if those angelic vocals are really coming from Jasmine's actress, Naomi Scott.

The short answer — yes. The long answer — hell yes! Scott — who audiences may recognize from 2017's Power Rangers adaptation or even Disney Channel's underrated original movie Lemonade Mouth back in 2011 — does all of her own singing in the film, including a Jasmine-centric new song, "Speechless." The actress is actually an independent artist with two EPs under her belt, so she definitely knows a thing or two about singing.

And if that weren't impressive enough, Scott also revealed that she was actually singing live for certain segments of the film, while normally actors lip-sync along to a track. "We had the amazing Simon Hayes, who won the Oscar for Les Mis. So I was like, "What a great opportunity to sing live," and he was all about it," she told late-night host Jimmy Kimmel on Jimmy Kimmel Live. "So, I'm just singing a capella on my own like a crazy person on set. And the worst part is, you can't really hear yourself . . . I wouldn't want to know what [the crew] were hearing."

We agree with Jimmy: Whatever Scott did live on set obviously worked! You can catch Aladdin and all its wonders in theaters now, where you'll be able to witness Scott's voice in all its glory for yourself.