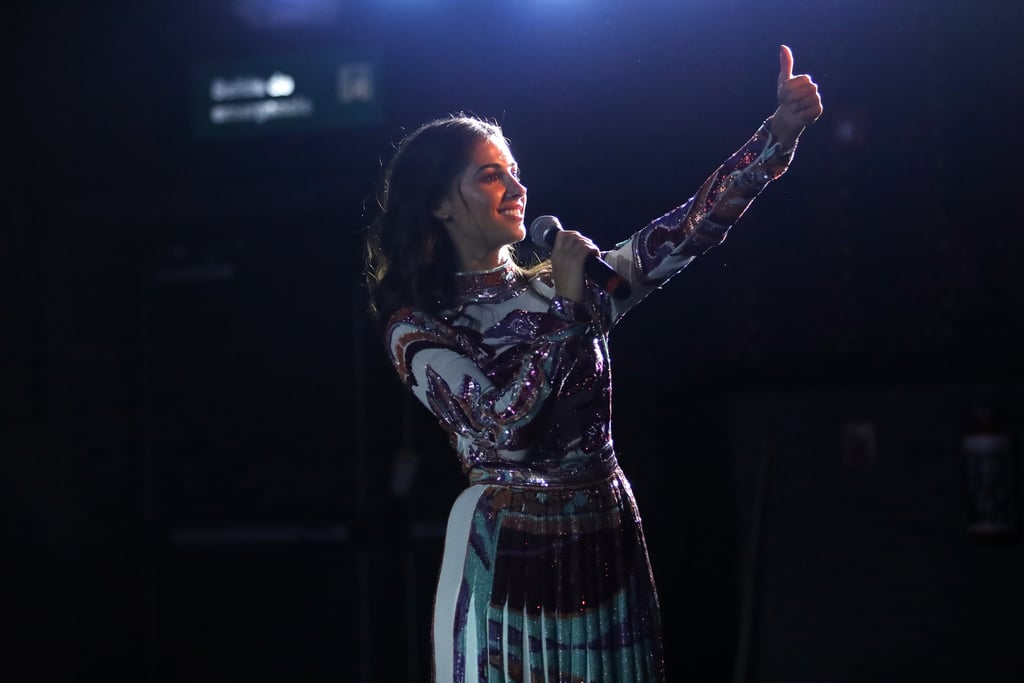 Can't Get Enough of Aladdin's Naomi Scott? Wait Until You Hear Her Sing

One of the best updates to Disney's new live-action adaptation of Aladdin is Jasmine's solo song, "Speechless." Not only does the song give Jasmine her time to shine, but the use of actress Naomi Scott's voice is a brilliant choice, given that her set of pipes would make any Disney princess proud!

Audiences first got a taste of Scott's voice with her role in Disney Channel's 2011 TV movie Lemonade Mouth, and its accompanying short, Lemonade Mouth: Somebody. She's independently released two EPs (Invisible Division and Promises), but her focus has mainly been on her ever-growing acting career. Luckily, when you're as talented as Scott, you can do both! Watch Scott performing Jasmine's new solo, "Speechless" ahead, as well as a few other videos showing off her impressive vocals.

Related:
Wondering Why You Recognize Jasmine From the New Aladdin? We Can Help With That
Previous Next Start Slideshow
MusicAladdinNaomi Scott

Taylor Swift
Taylor Swift Fires Back at Blur's Damon Albarn: "I Write ALL of My Own Songs"
by Princess Gabbara 8 hours ago