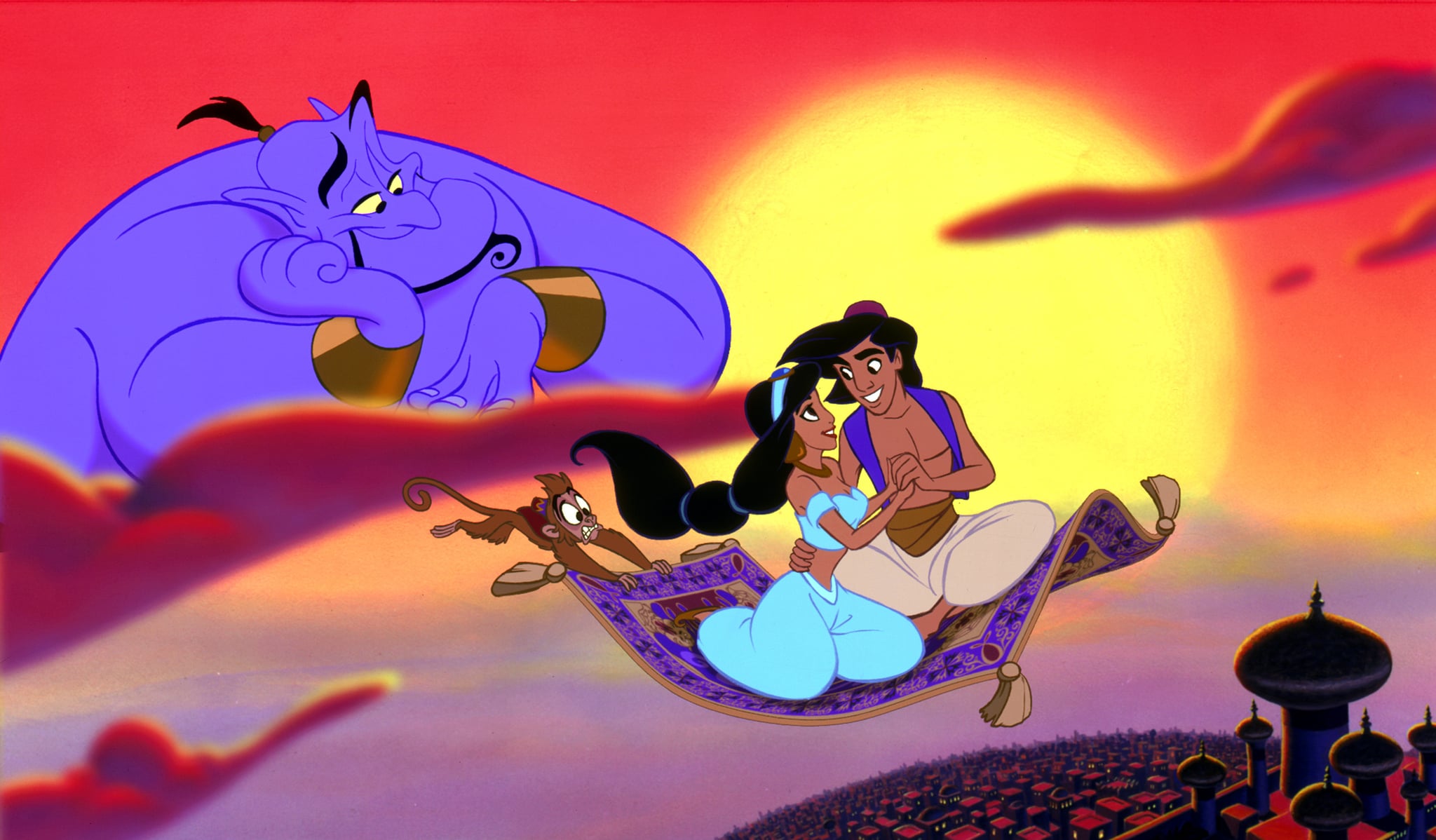 The soundtrack for Disney's Aladdin is about to get even more magical! The iconic 1992 animated film is getting the live-action treatment, and it has the perfect team behind it. In addition to the star-studded cast, Benj Pasek and Justin Paul (aka the music duo behind Broadway's Dear Evan Hansen, La La Land, and The Greatest Showman) are teaming up with Disney music legend Alan Menken to create a few brand-new songs! The two recently dished about the music for the upcoming film to Variety, and we're already freaking out.

"We got to write a new song for Jasmine," Paul told the publication. "Alan wrote a beautiful piece of music and [Naomi Scott] is incredible." And if you're obsessed with "A Whole New World," then you're in luck, because Aladdin and Jasmine are getting a whole new duet as well. "It's a sweet song," Paul added. Not to mention, Pasek and Paul also wrote a new verse for "Arabian Nights," which was originally written by Menken and the late Howard Ashman. It was actually one of the last songs Ashman wrote before his death in March 1991.

Johnny Depp
Johnny Depp to Direct "Modigliani" Biopic, His First Return Behind the Camera in 25 Years
by Njera Perkins 15 hours ago