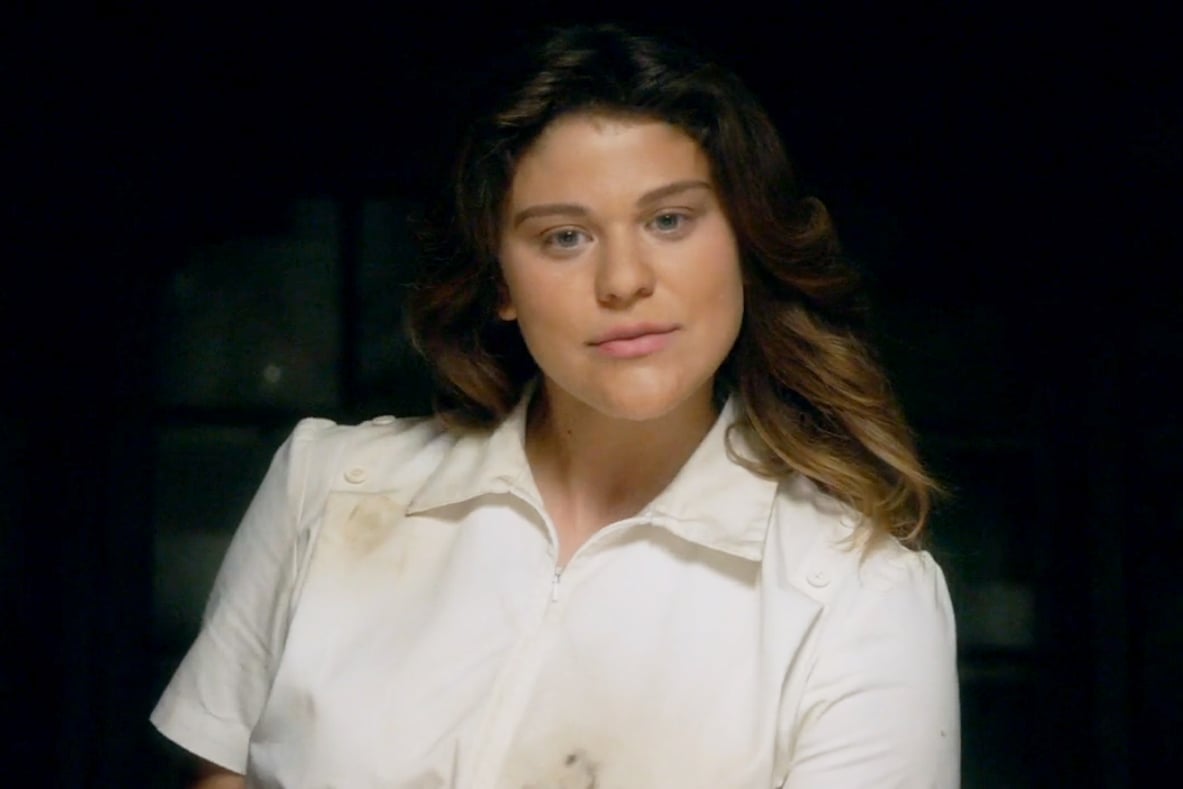 If we have learned anything from the past seasons of American Horror Story, it's that anyone can probably die at any moment — but now we have a hint of whose head will actually be on the chopping block next! So who will it be?

In the second episode, Shelby and Matt discover a cellar out in the front yard of their house. There they basically find a hideout that someone has been living in, along with a camcorder. Watching the videotape, they see a distressed Dr. Elias Cunningham (Denis O'Hare). He explains that two sisters who were nurses has made the house a living facility for elderly patients and would kill them according to the first letter in their name. Their goal had been to spell out the word "MURDER," however they were stopped before they could finish. They were only able to get "MURDE."

We know that the ghosts of these evil nurses have also been haunting the house; Matt sees them murder an old woman for "back talk," then paint "M" on the wall for Margaret. After watching the tape, Matt tears away the wallpaper to find the bloody letters on the wall. It looks like the evil nurses are up to finishing what they started, which means whoever has a name that starts with "R" is in deep trouble. So far we don't have anyone that fits the bill, but it's definitely something to keep in mind once new characters start popping up.