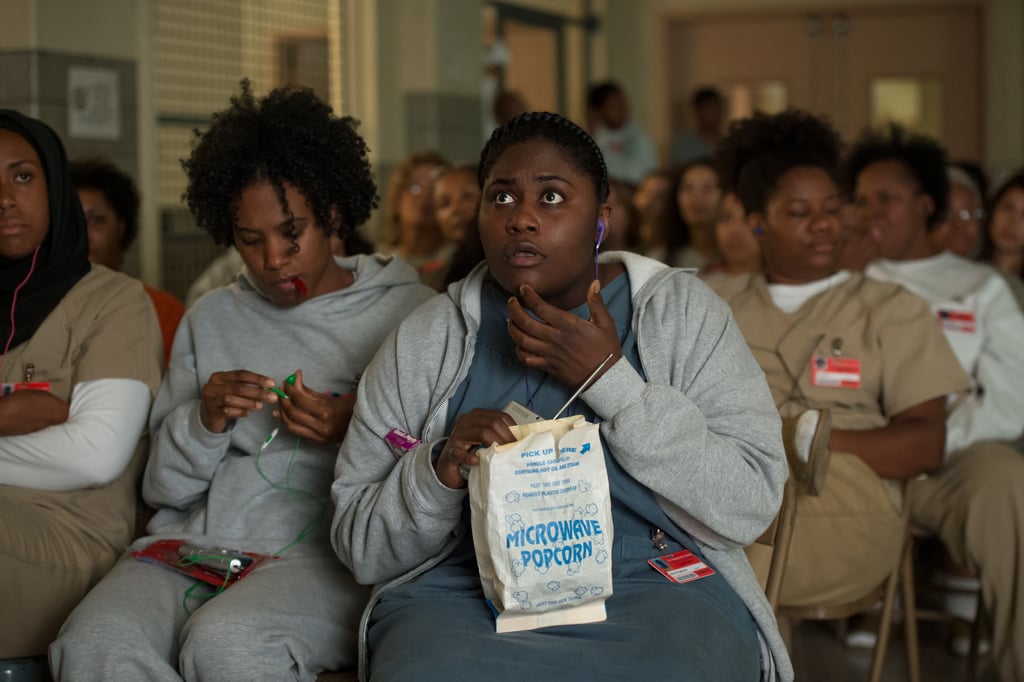 If You Think the New Season of OITNB Is Dramatic, Wait Until You Hear the Soundtrack

Orange Is the New Black has always made exceptional use of music in its episodes. From the iconic opening anthem by Regina Spektor to the carefully chosen songs that close out each episode, the music on OITNB is never simply ornamental.

In season four, the end-credit songs are used to reinforce (and sometimes pervert) the tone of each episode. When Alex murders a guard in the first episode, it's followed with a cheery folk song about how the "motherf*cker got f*cked up 'cause he got in the way." As the season progresses and gets heavier, so does the music, with Corrina Repp's mournful lyrics at the end of episode 12 offering up redemption. Every song adds something to the season, so if you've been wondering what all those end-credit songs are, we have your answer. We've even rounded them all up in a badass Spotify playlist for you!

P!nk
Pink and Her Daughter Willow Help Make the Season Bright With Their "The Christmas Song" Cover
by Karenna Meredith 8 hours ago

Music
Kelly Clarkson's Cover of Justin Bieber's "Sorry" Begs the Question: What Can't She Sing?
by Monica Sisavat 10 hours ago

Netflix
Virgin River: 3 Theories About That Cliffhanger Ending in the Second Season
by Kelsie Gibson 12 hours ago

Supernatural
Supernatural (Kind of) Made Destiel Canon, and Then Everything Went Terribly Left
by Mekishana Pierre 12 hours ago