The midseason finale of Starz's sexy series Outlander isn't until Saturday, but the network has already announced a return date for the show. The second half of the season will debut on April 4, 2015. Approximately 3.8 million viewers tuned in for last week's hotly anticipated episode "The Wedding," making it the highest-rated episode yet. Are you excited for more Claire and Jamie or bummed that we have to wait so long to see them again? 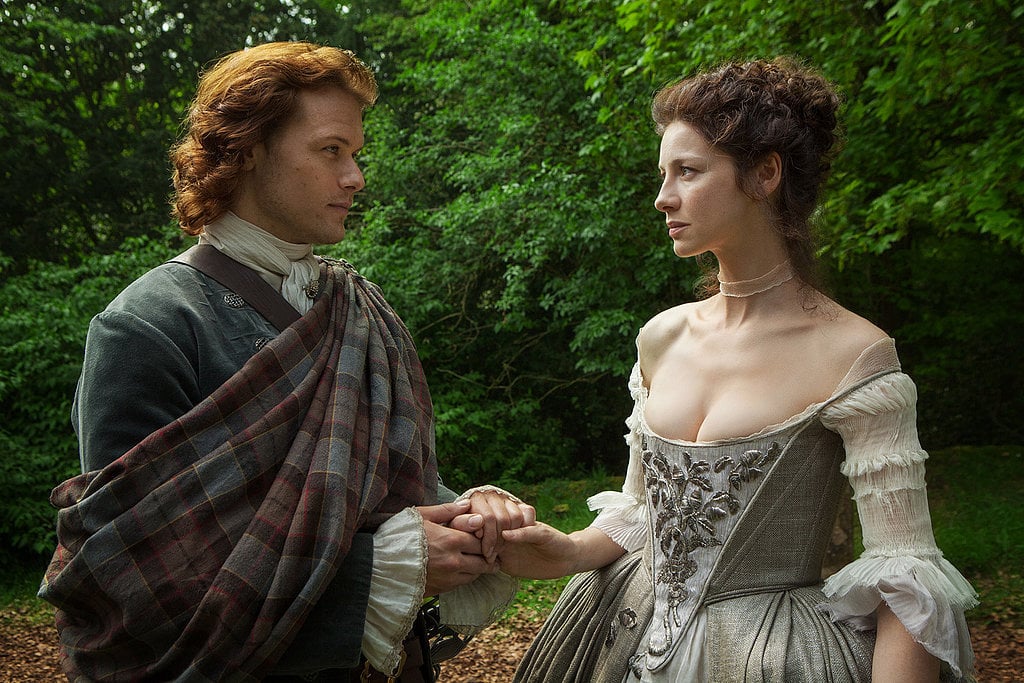 Music
The Rumors Are True: The Umbrella Academy's Emmy Raver-Lampman Has an Amazing Singing Voice
by Grayson Gilcrease 17 hours ago

Nostalgia
Supermarket Sweep, One of the Most Important Game Shows Ever, Is Now on Netflix
by Kelsey Garcia 19 hours ago