Time to celebrate, because your favorite sexy time-traveling series has been renewed. Starz announced that they are granting Outlander a second season, to be composed of "at least" 13 episodes. Season two will be an adaptation of Dragonfly in Amber, the second book in Diana Gabaldon's steamy series. This is a big vote of confidence, given that the network has only aired one episode of the series so far. It's also not incredibly surprising, given the books' immensely dedicated fan base. So who's excited? 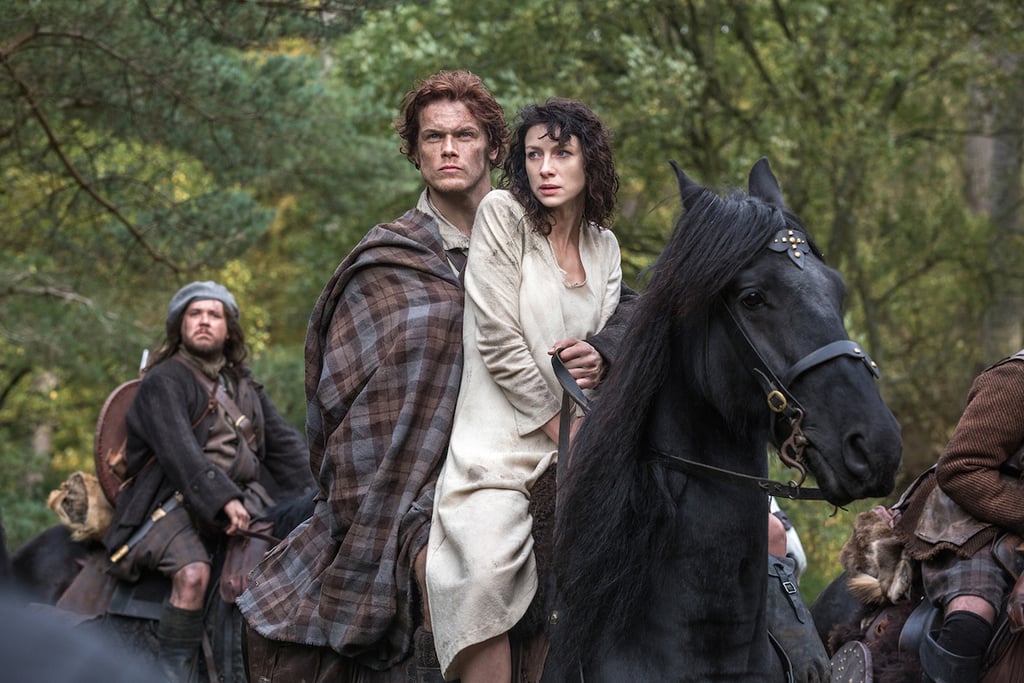 Netflix
Trinkets: Our Favorite Thieving Trio Is Back With a New Attitude in the Season 2 Trailer
by Brea Cubit 13 hours ago

Netflix
Will Netflix's Teenage Bounty Hunters Get a Season 2? Here's What We Know
by Amanda Prahl 15 hours ago

Netflix
Selling Sunset: Who Even Is the Guy Who Owns the $75 Million House?
by Hedy Phillips 15 hours ago