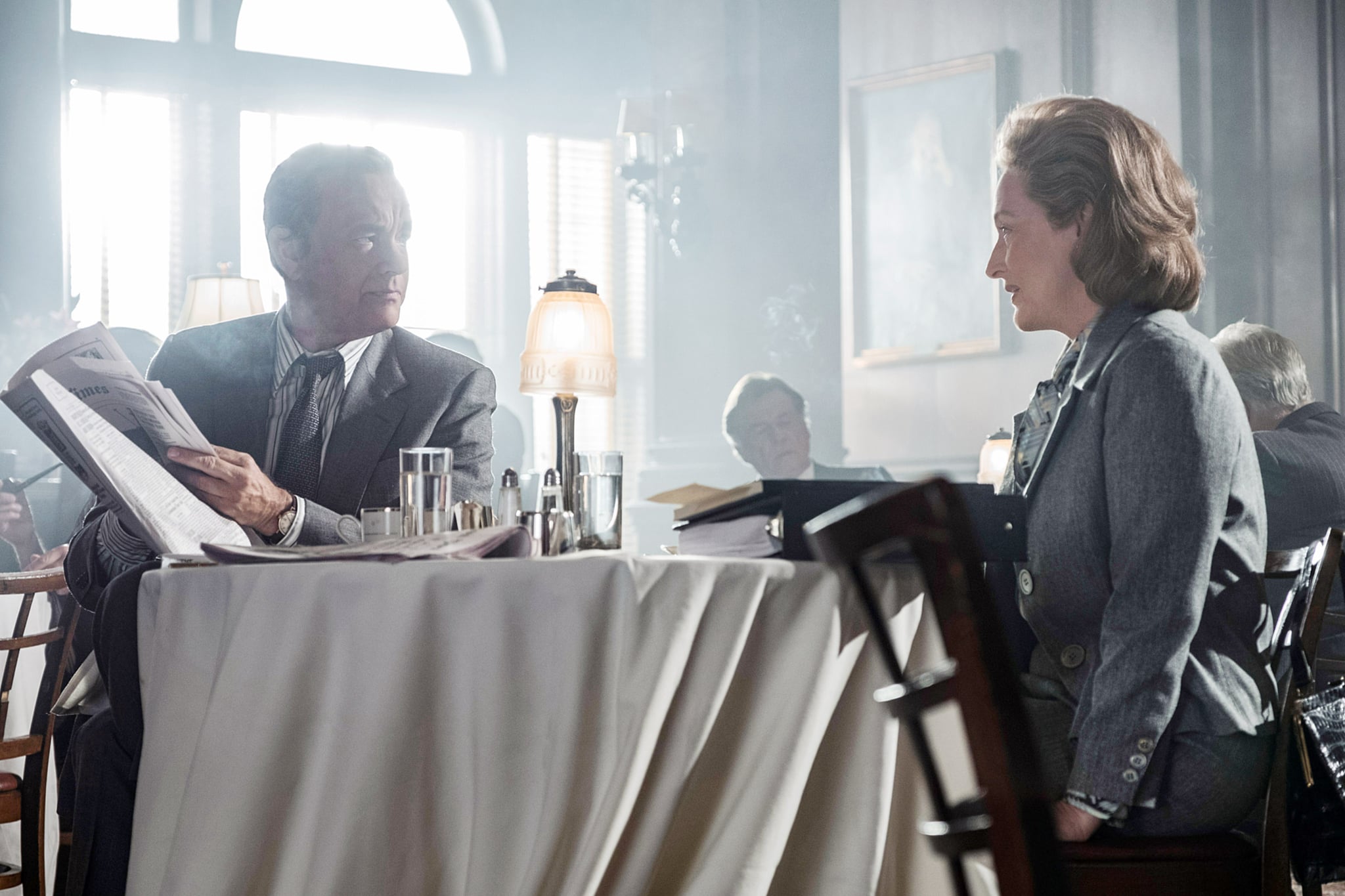 In a time where freedom of speech is at the forefront of national attention, The Post is a welcome period piece on journalism doing exactly what it's supposed to be doing — holding those in power accountable for their actions and letting the American people know what the government would rather keep secret. In the film, we learn the true story of Katharine "Kay" Graham, the first female publisher at a major newspaper in the country, as she lived history in the making.

The Post accurately details the struggle that Kay, played by Meryl Streep, went through in deciding to publish the so-called "Pentagon Papers" at The Washington Post in 1971. With the help of her editor, Ben Bradlee, played by Tom Hanks, she battled federal court orders, competing with The New York Times and the weight of potentially risking not only her own job, but the jobs of everyone who worked for her at the paper. But running just short of two hours long, there are understandably a few facts that didn't make the final cut of the movie.

Here's a little bit more of the full story behind what happened.

Kay's father, the late Eugene Meyer (1875-1959), bought the Post in a bankruptcy sale during the Great Depression in 1933, when his daughter was just in high school. He named Kay's husband, Philip Graham, publisher, a position he held until he committed suicide in 1963. Kay took over control and later became publisher of the paper, with minimal experience and few friends in the male-dominated news industry. Over time, she won the respect and admiration of her colleagues — and the nation.

Kay was "an extraordinary person" who, as a mourning widow, "surprised everyone with her strength to take over The Washington Post to make it one of the world's great newspapers," former CBS News anchor Walter Cronkite said after her death in 2001. 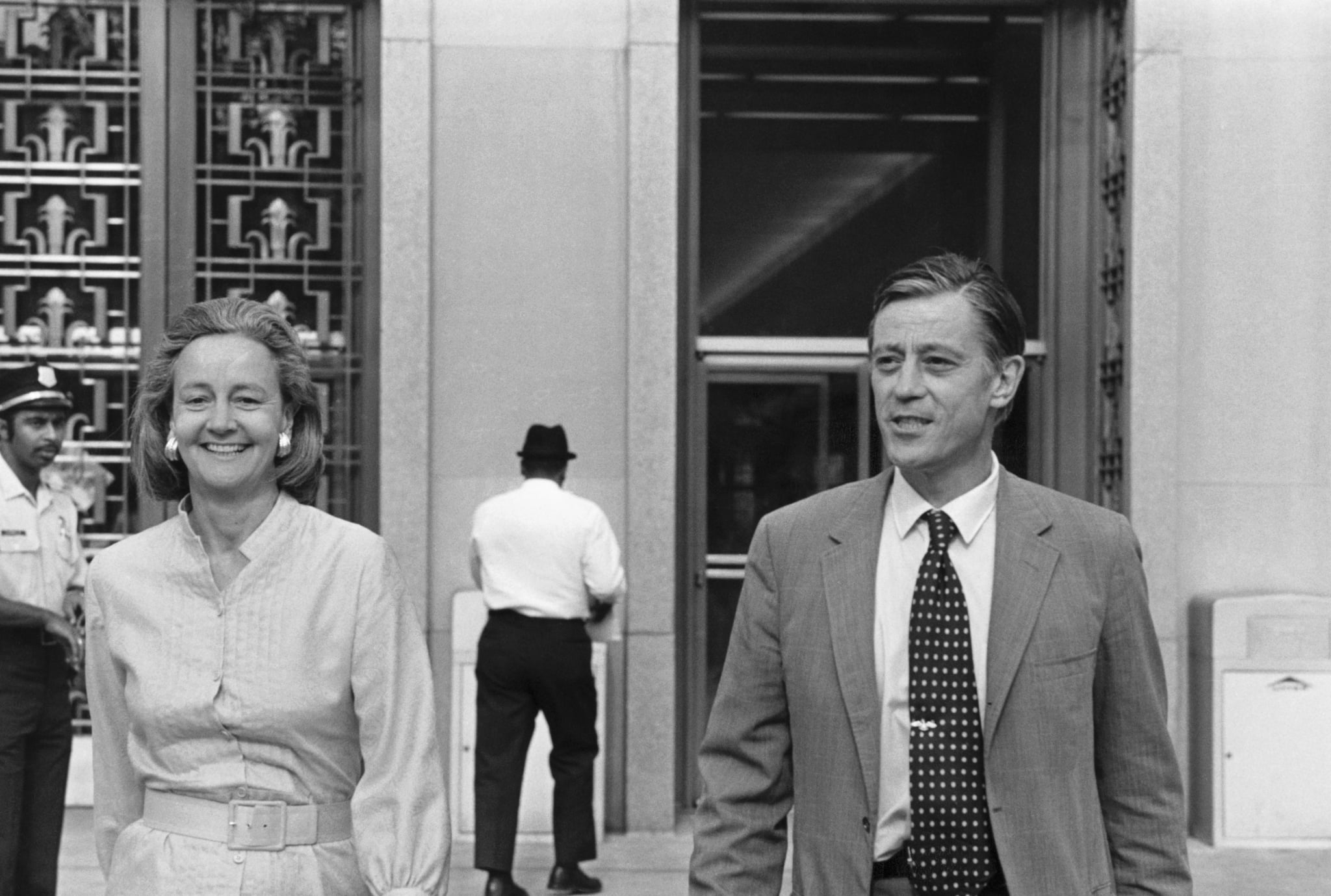 The New York Times went to press on June 13, 1971, with a front-page, 7,000-word excerpt of highly classified government reports showing US involvement in Vietnam dating back to 1945, well before we openly entered the Vietnam War in 1965. Military analyst Daniel Ellsberg (played in the film by Matthew Rhys) had leaked the documents, which came to be known as the Pentagon Papers. Times reporter Neil Sheehan uncovered actions taken during every presidency from Harry Truman to Lyndon B. Johnson.

Then-president Richard Nixon was not happy and, just two days later, won a temporary restraining order against the Times to stop them from publishing any more government secrets.

That's where Kay and The Washington Post came in.

The paper's national editor, Ben Bagdikian (played by Bob Odenkirk), figured out that Ellsberg was the leaker and flew to Boston on June 16, 1971, to get the Post its own copy of the documents. He came back the next morning with more than half of the documents, ready for the writers to get to work, but the paper's legal team urged against Kay and her writers and editors getting into the fight by making more of these documents public.

The Washington Post just happened to be in the middle of its first public stock offering, and its stated mission was to publish things for the national good. At that time, the Post's lawyers questioned whether releasing national secrets was in line with that goal. They also feared criminal charges that might come from openly defying a court order against the publication of the documents would hurt stock prices and possibly lose the paper close to $100 million in TV licenses.

Kay was worried she'd destroy everything her father had built. The lawyers told her not to publish and asked if it was possible to delay.

"I had to do [make the decision on whether to publish] very quickly, in about a minute, because I — the editors and the head of the company, Fritz Beebe, were at Ben [Bradlee]'s house," Kay told NPR in 1997. "And they were writing and trying to keep it secret. And the lawyers were there, and they were saying that it was very dangerous."

That night, editorial head Philip Geyelin told Kay, "There's more than one way to destroy a newspaper." As the argument got tense and the hour grew late, Kay went home but still hadn't pulled the trigger on running with the story. Then she got the call she had no choice but to answer.

"The editors all got on the phone. And the businesspeople were on the other phone saying wait a day. The editors were saying we mustn't wait a day. Everybody knows we have these papers. And we have to maintain the momentum that was stopped when the Times was enjoined. And it's very important. People have their eyes on us. And we have to publish," Kay told NPR. Kay weighted the options and in the end, told her team, "Let's go. Let's publish."

Those four words were all she had to say to set The Washington Post on its trajectory to becoming the major force it is today in the world of political journalism. As soon as the phrase left her mouth, she hung up the phone because she was "so freaked out by having had to make that decision so fast." 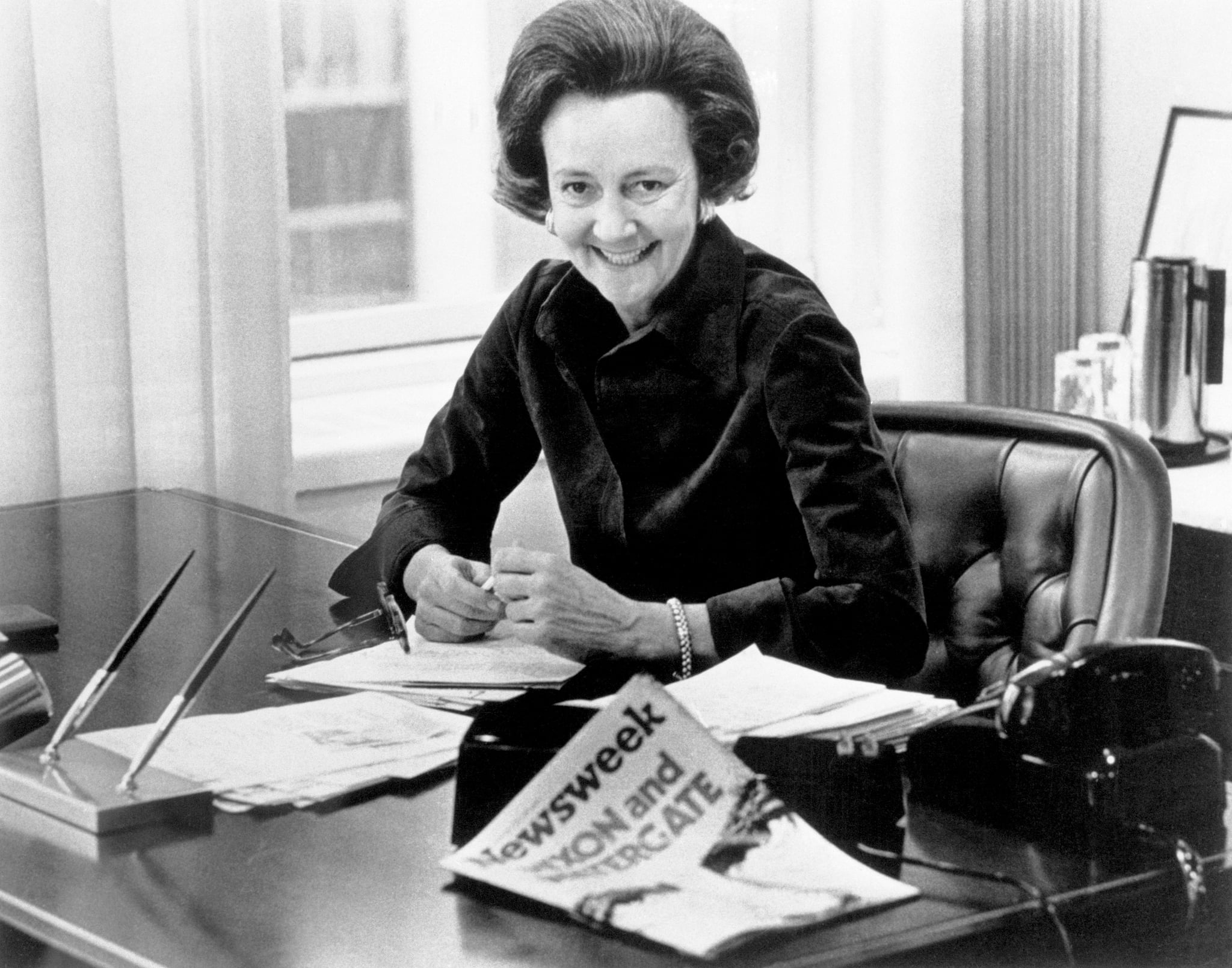 Threats From the Department of Justice and a Legal Battle

The Post's first article on the Pentagon Papers hit newsstands on June 18, 1971, and the Department of Justice (DOJ) almost immediately threatened the editorial board that they had violated the Espionage Act of 1917, the same thing whistle-blower Edward Snowden is accused of violating. (Daniel Ellsberg was eventually charged with violating the act, but those charges were later dropped.)

Kay and her team held their ground and told the DOJ they would continue their reporting on the documents, so the Nixon administration got another court order barring publication of national secrets, this time directed at the Post, which took effect at 1 a.m. on June 19, 1971. That day's paper had already gone to press, though, so that reporting on the history behind the Vietnam War was released without regard to the restraining order.

On June 26, 1971, the US Supreme Court finally heard the cases of the Times and the Post, together.

It wasn't until June 30 — 15 days after a federal court first barred the Times from publishing the secrets behind American involvement in the Vietnam War — that the Supreme Court ruled against Nixon and the government. In a 6-3 vote, the court overturned the restraining orders, allowing the papers to move forward with publishing about the documents, and Kay and the Washington Post staff could finally breathe a sigh of relief.

Just about one year later, Kay was instrumental in the reporting that broke news of the Watergate scandal, which eventually led to Nixon's resignation from the presidency in 1974. She supported her editor, Ben, and two of her metro staff reporters, Bob Woodward and Carl Bernstein, as they continually beat their news competitors to the punch and eventually uncovered the "smoking gun" taped conversation about interfering in an FBI investigation that brought down the Nixon administration.

At 80 years old, Kay won the 1998 Pulitzer Prize for her memoir, Personal History, originally published in 1997. She continued advocating for the truth, working right up until her death on July 17, 2001.

The Pentagon Papers were completely declassified in 2011 and are now available online.