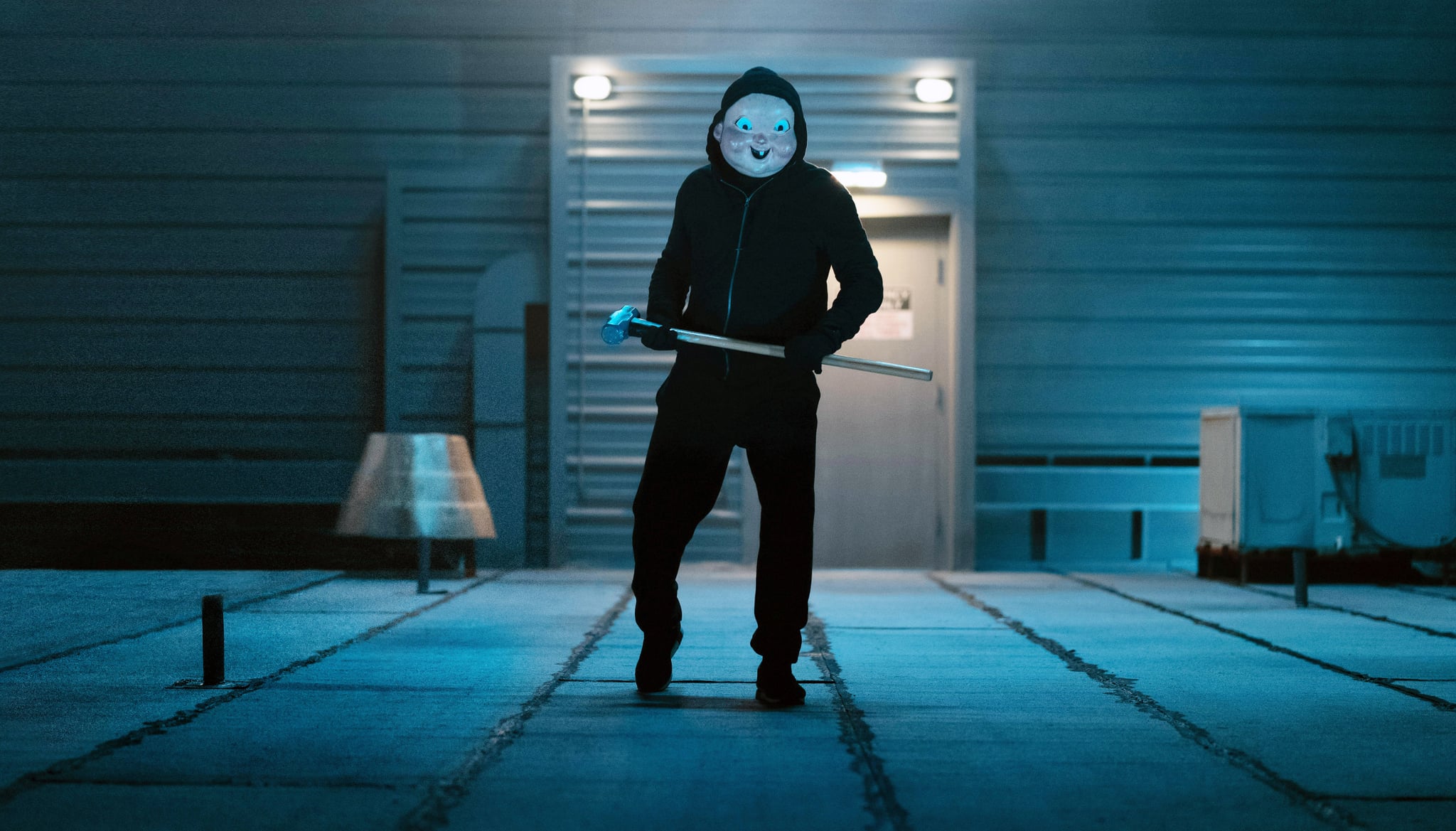 Warning: this post contains spoilers for Happy Death Day 2U!

Ladies and gentlemen, the movie overlords have graciously blessed us with a sequel to 2017's best horror surprise, Happy Death Day. Now that we've got a second go-around, the highly anticipated Happy Death Day 2U is jam-packed with even more creepy baby masks, plenty of gruesome new deaths, and a gripping ride that keeps you guessing and laughing 'til the very end. Speaking of the end, I bet you're wondering about the all-important question that seems to hover over nearly every movie release nowadays: should you stay put after the credits or would it be a waste of time? Allow me to unravel the mystery just for you. And I'll even go so far as to describe it, if that's something you're into.

I have really excellent news about the postcredits situation in Happy Death Day 2U. First of all, there is, indeed, a pretty vital scene that takes place after the credits roll. To clarify, it's more of a "midcredits" scene, because it definitely drops after the credits begin, but there are many more credits afterward as well. So, you can enjoy the bliss of not waiting too long to witness the scene in question and then peacing out right after. As for what happens? I'll put a description underneath this lovely picture, just in case you don't want all the spoilers.

Still here? OK, great. So, before I dive into the postcredits scene, let me do a quick recap of the twist in the movie. Remember how there's a whole shroud of mystery around Tree's journey in the first one? It's all because of some crazy machine these physics students have been working on as a final thesis project. Their goal is to create some kind of effect where time slows down, but it instead throws Tree into a time loop that she can't seem to escape. There are a few more aspects of Happy Death Day 2U that tie into that whole part of the story, but all you really need to know right now is that there's a crazy time-bending machine and that's why Tree lands in this whole predicament in the first place.

At the end of the movie, we learn the government has basically taken custody of this machine, because duh, it's a powerful piece of technology and the government loves getting their grubby hands on powerful things that don't belong to them. In the postcredits scene, the government actually summons the whole group to their top-secret science complex. The group obviously includes Tree, Carter, and Carter's roommate Ryan (one of the students who worked on the machine). They also bring along Ryan's friends, coconspirators, and lab partners, who we only meet in this sequel. Their names are Samar and Andrea.

And so, the whole crew basically get abducted by a big, black SUV and taken to whatever generic government compound. Once they're inside, the government agents and government scientists are basically like, "We're going to need you to show us how this works." And that's basically it!

Why is this such a big deal? Well, recent interviews have surfaced the idea of a third Happy Death Day film in the franchise. According to the writer-director and star Jessica Rothe, this would be a jumping off point for the third film, if they got a chance to make it. The rest is just assumption, but I would guess the government somehow f*cks everything up, and it's up to Tree and her friends to save the world. Maybe the government makes a bigger version of the machine (or triggers a massive reaction in the one that already exists). Maybe everyone in the country, or even the world, is stuck in one gargantuan time loop! I mean, it's just guess work, but that would be pretty bonkers, right?