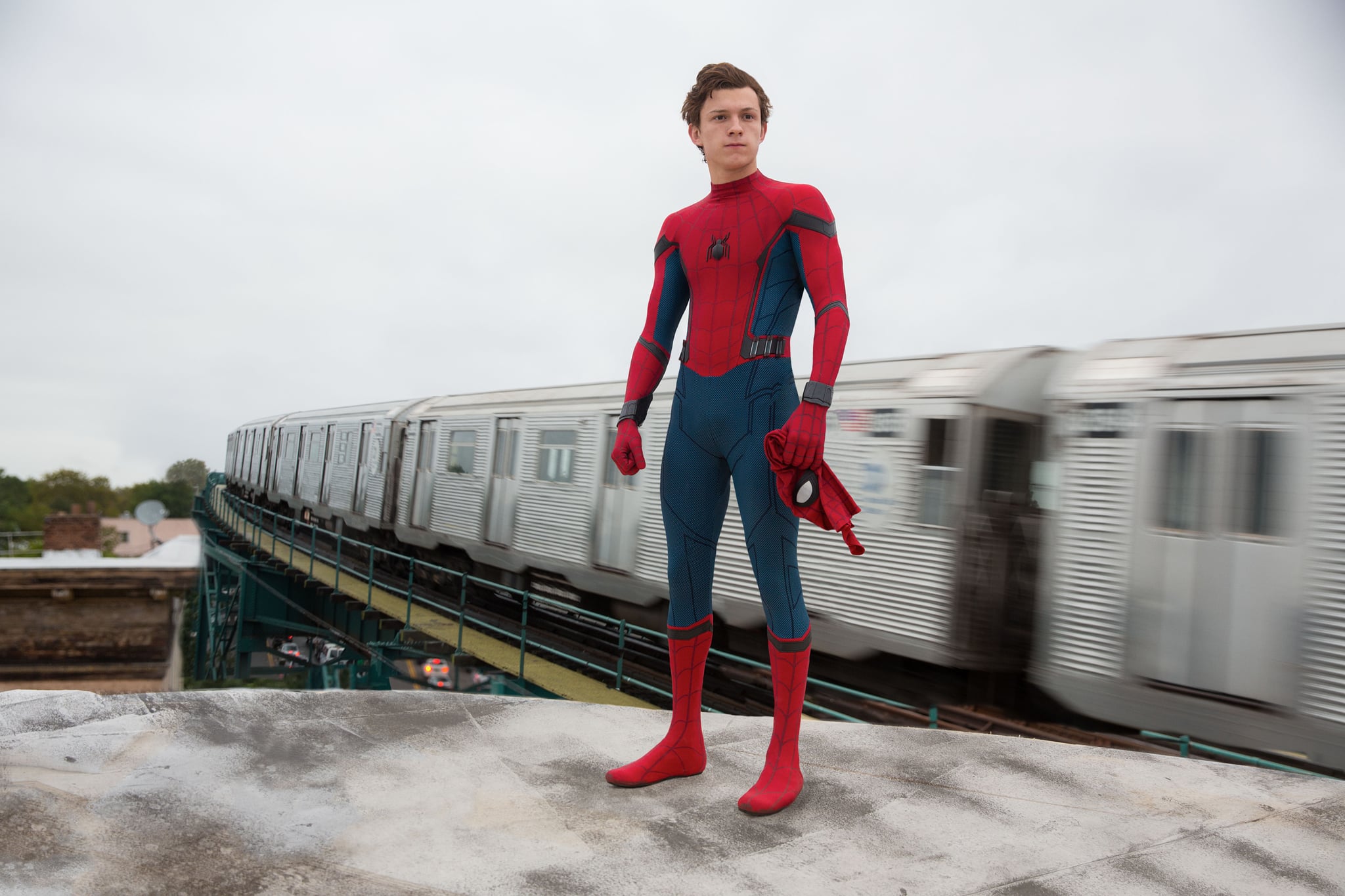 Now that Spider-Man: Homecoming has swung into theaters, there's something about the ending that you should know before you see it. Actually, it's about what happens after the ending, if you want to get technical. Peter Parker's latest adventure includes not one, but two postcredits scenes, adding to Marvel's ever-growing collection.

During Peter Parker/Spider-Man (Tom Holland) and Adrian Toomes/Vulture (Michael Keaton)'s final, brutal fight against each other on a beach by Coney Island (which occurs after Adrian discovers Peter's real identity), an explosion nearly claims Adrian's life. Fortunately Peter saves him, but unfortunately (for Adrian) he also ties his foe up with a web and leaves him on the sand for the authorities to find. It's later revealed that he's going to court while his wife and daughter move away to Oregon.

In the first bonus scene, which happens halfway through the credits, we discover that Adrian has indeed been sent to prison. While walking down a hallway with some other inmates, he bumps into Mac Gargan (Michael Mando), a criminal Adrian attempted to sell some alien weapons to on the Staten Island ferry earlier on in the film. Spider-Man arrived and stopped the deal, which indirectly led to Mac getting his face pretty torn up. He blames the web-slinger and tells Adrian he has some guys on the outside who can kill the hero if Adrian gives up his name. Adrian chooses not to sell Peter out, saying, "If I knew who he was, he'd already be dead."

"That's what is cool — he gets a moment of redemption and he gets to protect Peter, even though Peter would never know," director Jon Watts explained to Entertainment Weekly about the scene. "It's his way of saying, 'Thank you.'" If we had to bet, we'd say the Vulture wants another crack at Peter himself.

What's also interesting is the scorpion Mac has tattooed on his neck. In the Ultimate Spider-Man comic series, there's a villain named The Scorpion (a Mexican crime lord) who goes up against Miles Morales's Spider-Man and his uncle, Aaron Davis. Since Aaron makes an appearance in Spider-Man: Homecoming, could that have been a hint at what's to come in this iteration of Peter Parker's story?

"I haven't really planned anything beyond this movie, but it is nice to have that potential," Watts told Cinema Blend of Mac's cameo. "There are so many things that could be a nice jumping-off point for the next movie, and he's definitely one of them. Michael Mando's such a great actor, too. It'd be fun to explore." 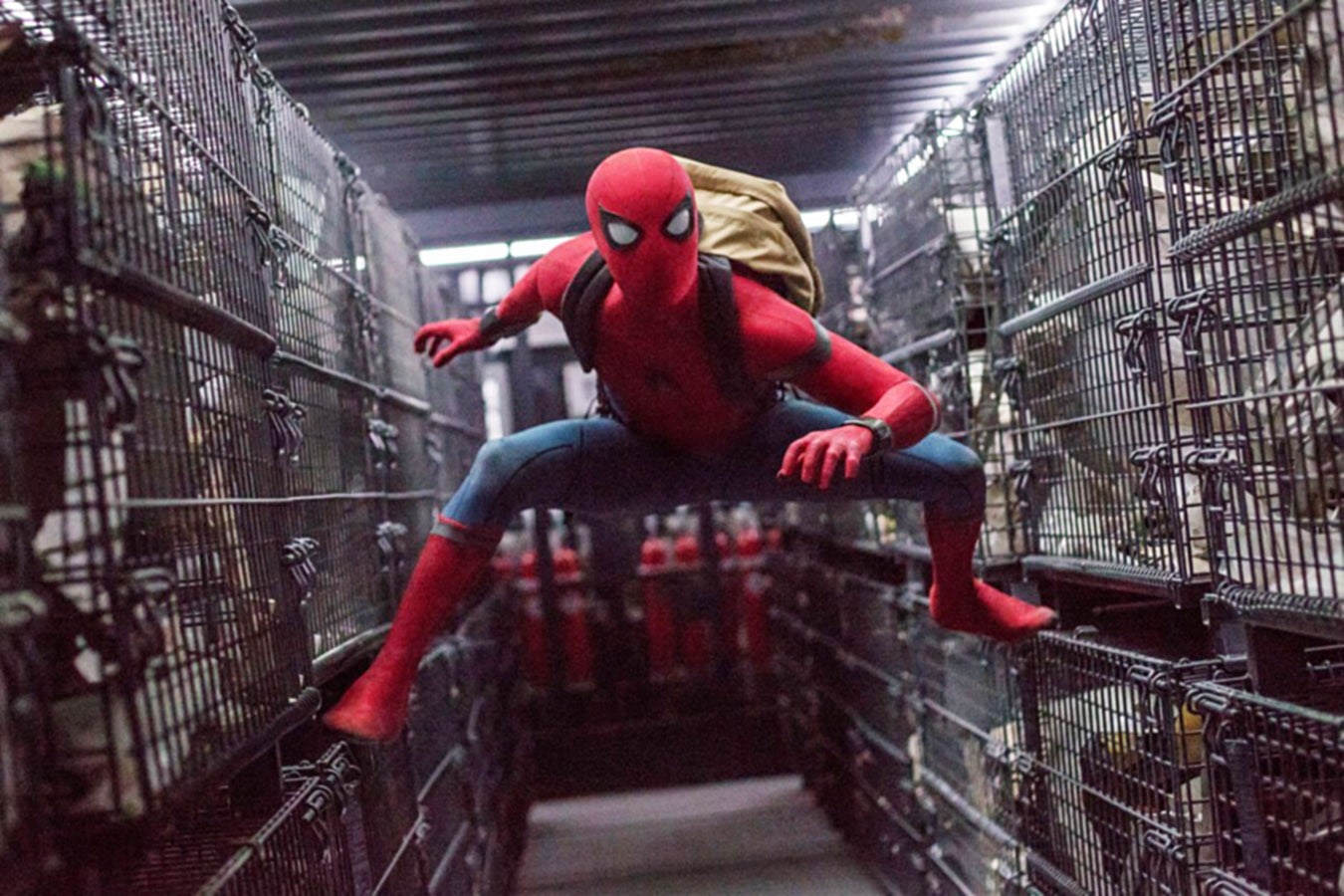 The second postcredits scene is definitely more lighthearted. As a wink to all of the Captain America PSAs Peter and the rest of his classmates have to watch in school throughout the movie, the patriotic hero appears on screen to lecture the audience about the values of patience — sometimes it pays off, and sometimes it doesn't.

In this case, after waiting for all of the credits to go by in hopes of getting some spoilery hints about the next Marvel movie, patience isn't exactly rewarded. There is one small silver lining, though. After the Captain America PSA ends, a graphic appears to announce that Spider-Man will return in 2019 (a specific date is still TBD). The two postcredits scenes might not have been as telling as Guardians of the Galaxy Vol. 2's whopping five clips, but they're both worth sticking around for.

Holiday Entertainment
Every Question You Have About the Ghostbusters: Afterlife Ending, Explained
by Emma Vallelunga 6 days ago