Hoping to get some answers from tonight's Pretty Little Liars season five premiere? Too bad — ABC Family has renewed its hit show for two more seasons! This is a giant vote of confidence, considering season five hasn't even aired. Then again, it's consistently been the network's top-rated drama, so it's kind of a no-brainer. "I am glad to bring another two seasons to our audience, because 'A' has a lot in store for our Liars," said Tom Ascheim, ABC Family president. In the meantime, get a refresher of what to remember from the fourth season finale, and figure out if you've actually been "A" this whole time. 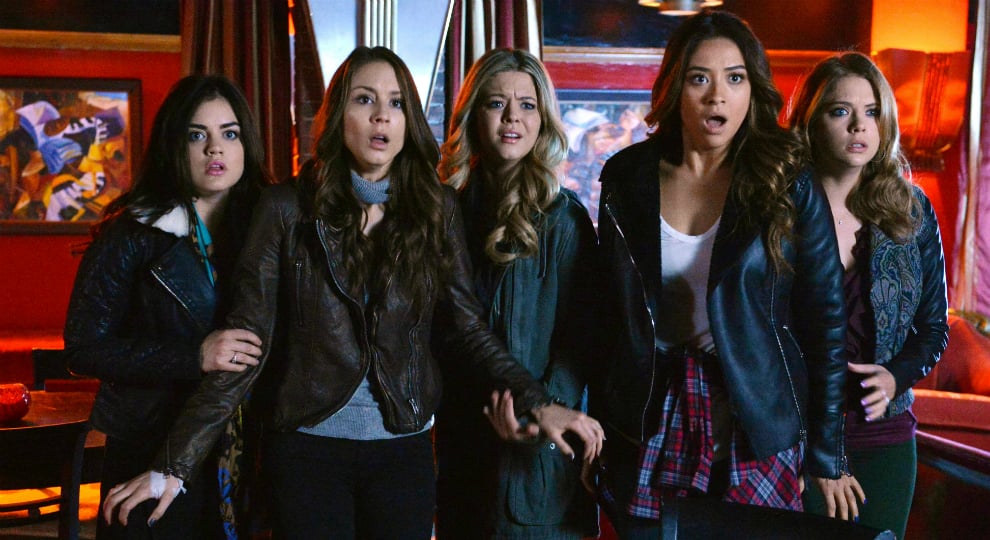 Beauty News
Stand By: There's a WandaVision Makeup Collection Coming to Ulta This Month
by Danielle Jackson 5 hours ago

TV
Watch the Trailer For Netflix's Sky Rojo, the New Show by the Creators of Money Heist
by Irene San Segundo 5 hours ago

The Tonight Show Starring Jimmy Fallon
John Legend Recapped the Pandemic With a Beauty and the Beast Spoof, and I Feel Seen
by Grayson Gilcrease 10 hours ago

John Legend
John Legend Doesn't Usually Turn For His Songs on The Voice, but This Artist Changed His Mind
by Kelsie Gibson 11 hours ago