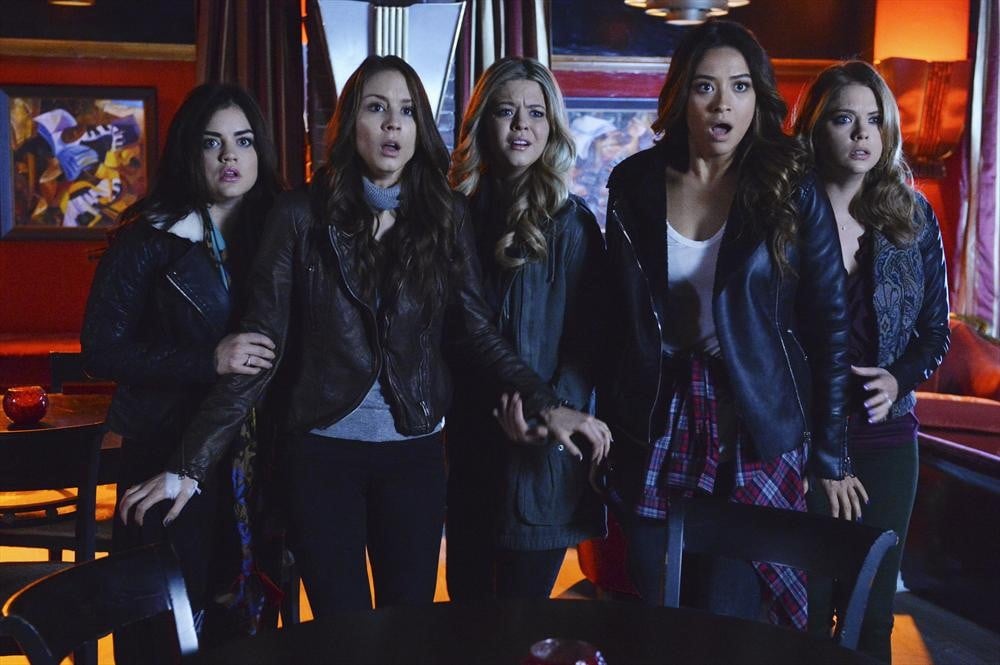 We've finally arrived at the epic season four finale of Pretty Little Liars, and we've already gotten an inside look at the episode. We've been dying to know what kind of jaw-dropping twists the finale might hold. Is Mrs. DiLaurentis "A" for real, or is she just a distraction? We can't wait to see what the show has up its sleeve, especially after the official Pretty Little Liars Twitter posted this:

It's about time we got answers! And that's not all either. Ali's spilling her secrets, and a slew of familiar faces are coming back to Rosewood. Of course there's Ali, but the newest pictures show we'll be seeing Noel Kahn and Ian Thomas, too. Since Ian Thomas is long dead, it looks like we're going back to the night Ali disappeared. Keep scrolling for more photos and theories about what will be revealed.

Hulu
The Only Murders in the Building Twist Ending Was Wild! Let's Break It Down
by Hedy Phillips 5 hours ago

Netflix
We Wrote Down All the Most Disturbing Squid Game Scenes, So You Can Watch and Sleep Easy
by Chanel Vargas 23 hours ago