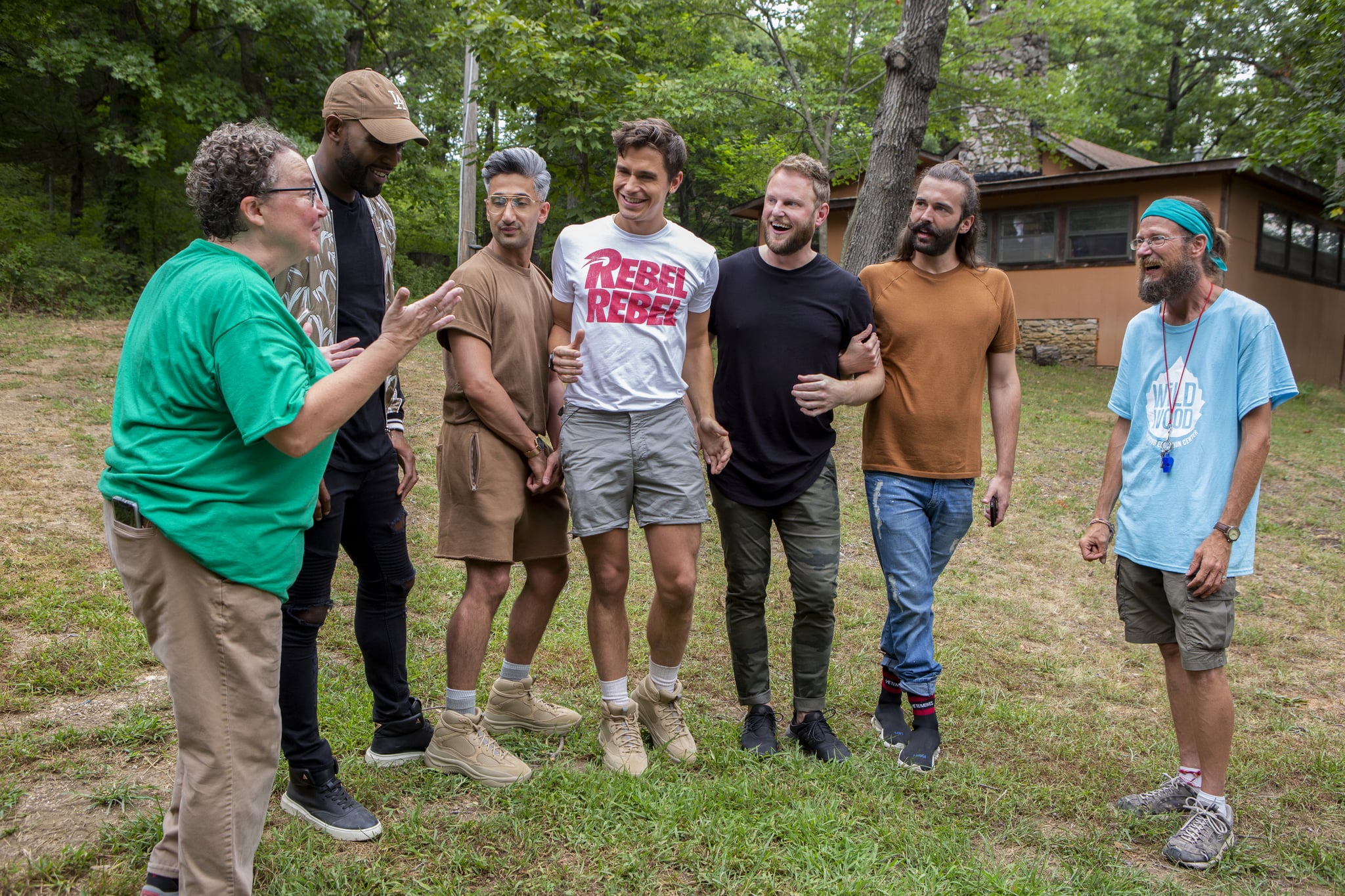 Queer Eye's highly emotional third season has officially started streaming on Netflix, and we're sure you have a lot of questions. Like, how does Jonathan Van Ness get so much energy? Has Tan France copyrighted the term "french tuck" yet? And, what does Antoni Porowski think about the ever-rising cost of avocados? While we can't answer any of those questions (at least not right now), there's one thing about the new episodes that we can discuss: the Fab Five's brand-new filming location!

After spending two seasons in and around Atlanta, Jonathan, Tan, Antoni, Karamo, and Bobby hopped in their giant truck and drove across the country to give nine lucky people uplifting life makeovers in the Midwest. Their new home-base is now Kansas City, MO, where they have a similarly tricked-out loft (this time they also have a team mascot: an adorable French Bulldog named Bruley). Despite the location change, the core of Queer Eye remains the same.

From helping a camp director and a prison guard in small towns in Kansas to a pair of sisters struggling to run their barbecue joint in Kansas City, every interaction will leave you teary-eyed.