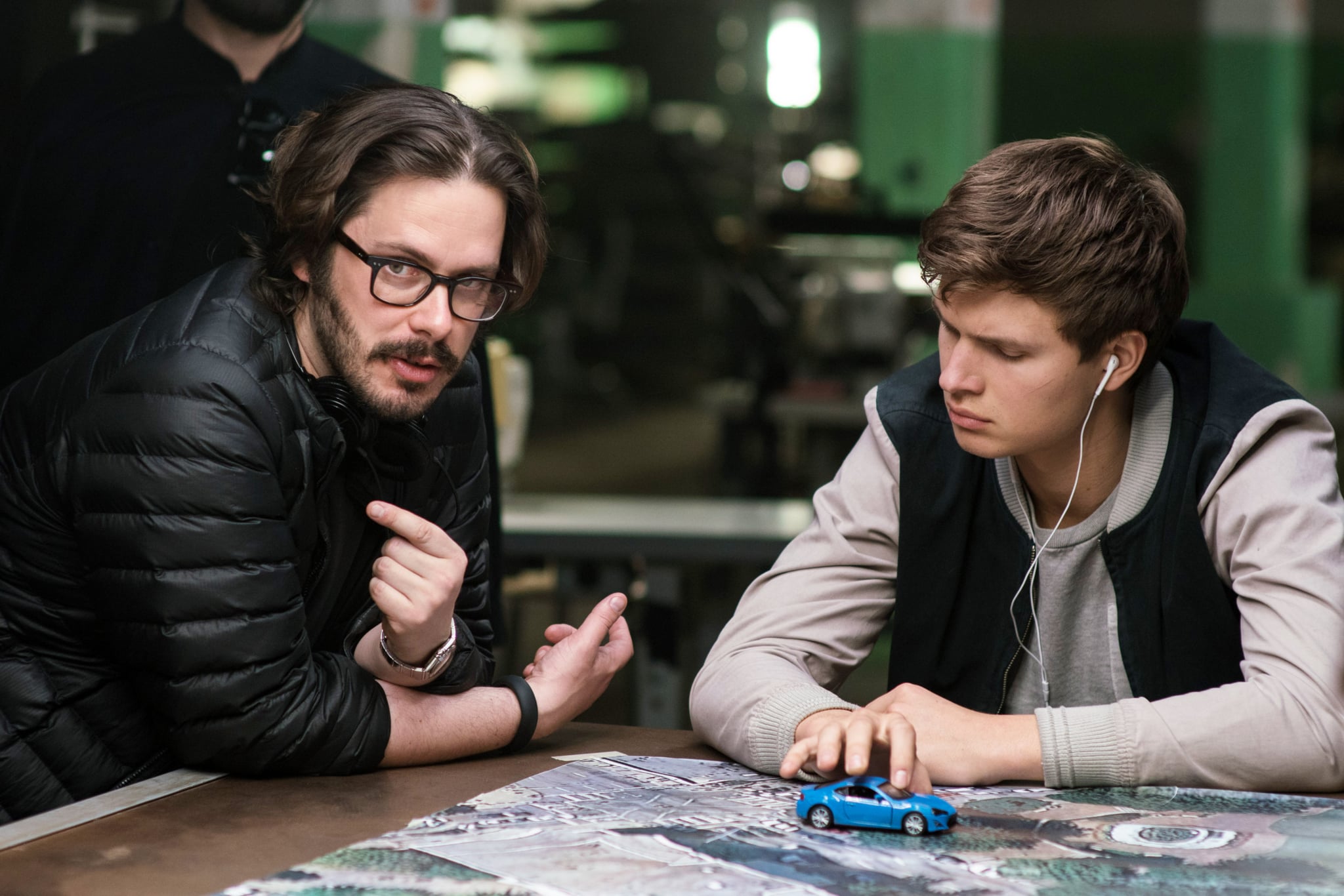 I haven't been able to stop humming the catchy soundtrack from Baby Driver since I first saw the genre-hopping action film, which is playing in theaters now. And based on the unprecedentedly positive reviews following the movie's release, it seems like nobody else can get the film out of their heads, either. If you're racing to theaters to see what the hype is about, you might walk out with a few questions. Luckily, I was able to sit down with director Edgar Wright and actor Ansel Elgort and ask them a few of the things I wondered about after the credits rolled. So, without further ado, here are three questions about Baby Driver, answered by Baby himself.

1. Was Ansel actually listening to music in those headphones?

POPSUGAR: And was it the stuff that was in the movie?

AE: In fact, my headphones were usually attached to not an iPod but the playback, and somebody would be perfectly timing the music. Start at the right time, you know. And usually other cast members would have little earwigs in if they didn't have the headphones so they could also hear the music. So the whole cast would hear the music and move to the music if they needed to, or whenever there was choreography we would all make sure that we moved to the music. Or even if there wasn't choreography, we wanted to make sure there was subtle choreography, like putting a drink down on a certain beat or talking on a certain line.

2. What meal would Baby have ordered at the diner if he'd gotten the chance?

AE: I know what he woulda ordered.

EW: From the kids' menu, though!

AE: Oh, peanut butter and jelly, yeah! He likes that, too.

3. What's the significance of silence in the film?

PS: I noticed that throughout the film that all of the gunshots and everything happened in time to the music, and that was one of my favorite elements of it. But I also noticed that there was a really interesting dichotomy between music and so much noise and so much choreography and then . . . the silent, deafness element. Is there a significance to that that you wanted to include the juxtaposition between?

EW: Well, I think you wanted to experience it like Baby does. And even the way the movie starts, you kind of have that high-pitched whine, so you kinda have the whine of the tinnitus, and it's to sort of experience the movie like he would. So you hear that high-pitched whine and then when the music starts, that stops. So it's just kind of explaining to the audience that for Baby, the world is just better when there's music playing.

Sometimes there's bits where the music stops, like there's that second car chase where they have to abandon their car and get into another one. When the music stops, you just hear drilling and traffic and all the things that when . . . one of the reasons why you listen to music is just to drown out the world, you know? So, it was very intentional, all of that. I wanted it to be that when the audience, sometimes when you hear the high strings or the sound of the tinnitus, the music comes back on and you're like "Ahhhhh, that's it," you know what I mean? You want to feel the relief of just the sort of escape of the music.

Nostalgia
Son of a Nutcracker! Fisher-Price Just Released a Collectable Set of Elf Figures For Kids
by Alessia Santoro 11 hours ago