We get it, HBO — Ramsay Bolton is a monster. As if we didn't already understand the depths of his cruelty after that traumatizing Reek plot line, the folks behind Game of Thrones just keep giving us more reasons to despise the bastard of Bolton. His recent letter to Jon Snow is just one more horrific gesture that we can add to the list of reasons he sucks.

HBO released an up-close look at the correspondence, which is known as "The Pink Letter" by fans due to its pink, flayed-man wax seal. Though there's some speculation about whether or not Ramsay actually wrote the letter in the book series, it's been confirmed by series director Dan Sackheim that Bolton himself penned (or . . . quilled?) the threats for TV show purposes. 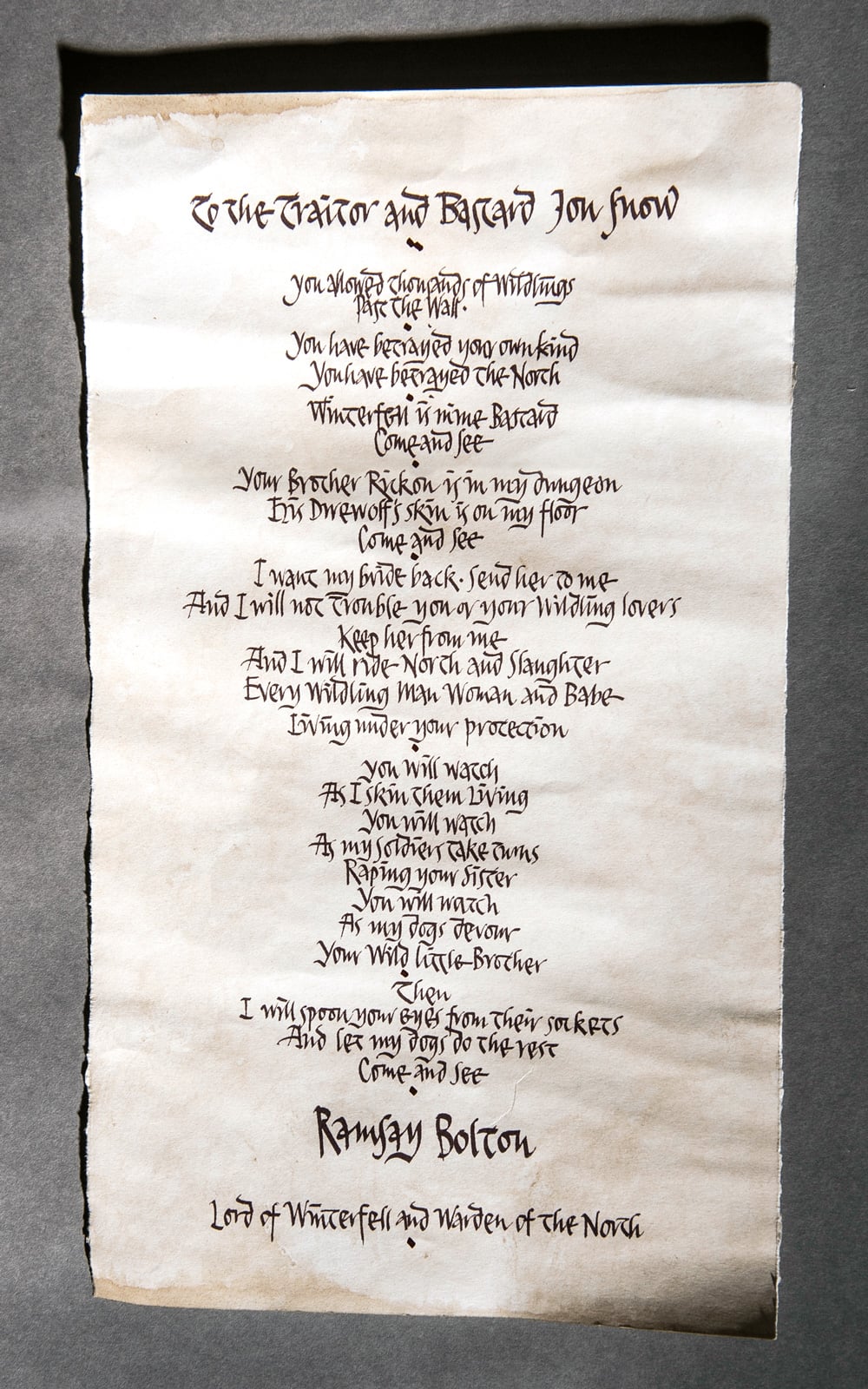 To the Traitor and Bastard Jon Snow

Your brother Rickon is in my dungeon, his direwolf's skin is on my floor, come and see . . .

Ramsay Bolton, Lord of Winterfell, Warden of the North.

YIKES. We can't wait to see Jon and Sansa's response to this sort of snail mail!