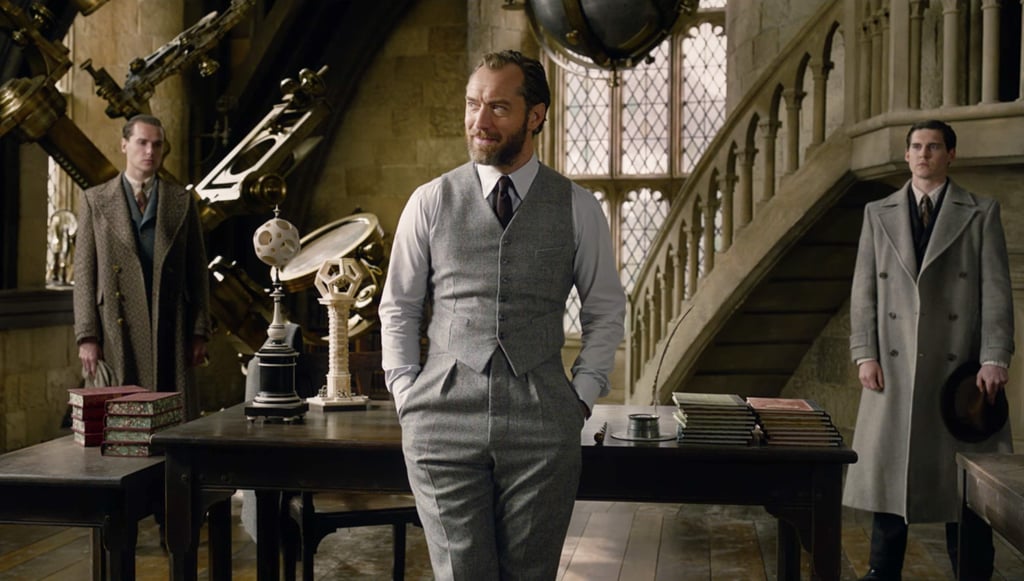 Grab your magic wand, some smelling salts, and a quill, because the first Fantastic Beasts and Where to Find Them 2 trailer is here and there's only one reasonable reaction. First step, press play. Next, become filled with nostalgic glee over returning to Hogwarts. Third, swoon when you watch Jude Law in action as a handsome young Dumbledore for the very first time. And finally, immediately pledge yourself to Dumbledore's Army; your new, unexpected crush isn't going anywhere.

The Harry Potter fandom is divided over the introduction of Law's Dumbledore — about half feel conflicted about their newfound attraction to someone they've known only as a gentle old man up until now. The other half aren't questioning it, diving head first into their love for "Dumbledaddy" and his Muggle-friendly 1920s fashion sense. Check out some of the most hilarious reactions to the hot new Dumbledore, then follow along with the rest of our Fantastic Beasts coverage to fuel your excitement for the film.

Animated Movies
Pixar's Luca Is a Sweet Summer Flick, but Here's What to Know Before Watching With Kids
by Alessia Santoro 8 hours ago