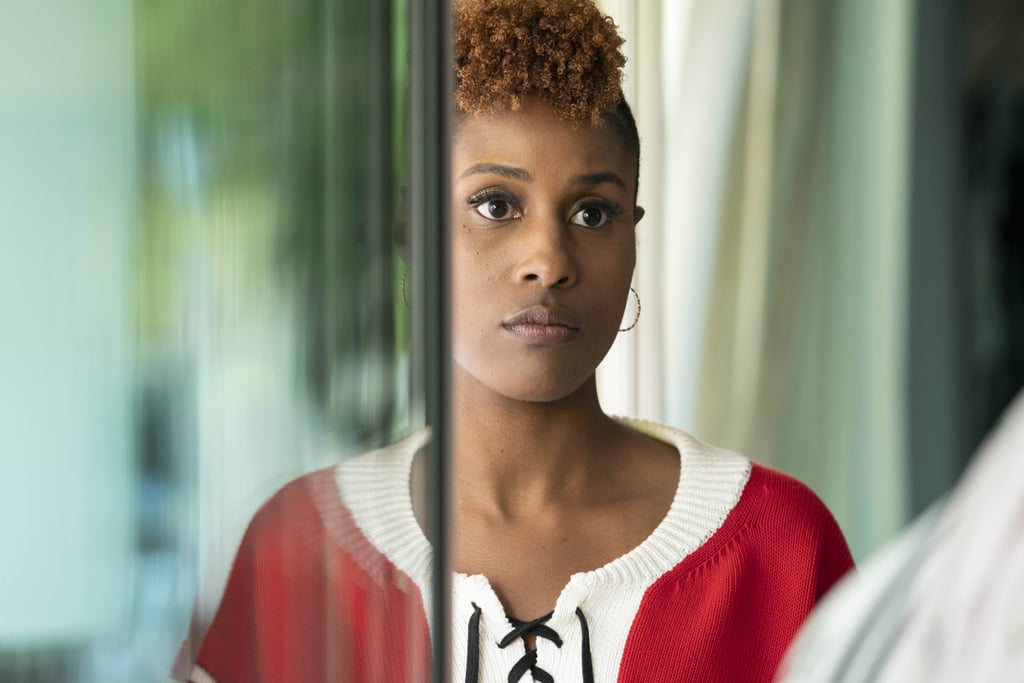 Lawrence Is Officially Back on Insecure, So Get Ready For Another Love Triangle

Spoilers for the latest episode of Insecure ahead!

Just like that, Lawrence is back. The final moments of the fifth episode of Insecure season three sees the surprising return of Issa's ex-boyfriend, portrayed by fan-favorite Jay Ellis. Unfortunately, Lawrence is (presumably) coming back into Issa's life just as she's beginning to date Nathan — who she has an, um, height-defying hookup with the night before at Coachella. Excellent timing, Lawrence.

The reveal comes after Issa Rae "confirmed" that Lawrence would not be appearing on the show again following the moment of closure in the season two finale. At the time, she told Vulture, "We want to stay as true to life as possible. They had a great conversation at the end of season two and it was just about like, hey, she's moving on to Daniel." Adding, "You never see the exes again, and it's okay! You gotta explore life without Lawrence."

Yep, she lied. Viewers were gobsmacked by the twist, with Lawrence fans — also known as the #LawrenceHive — gearing up for the season's three remaining episodes.

Related:
Insecure's Season 3 Soundtrack Will Make You Forget About All Those Bad Decisions
0
previous images
-2
more images
Previous Next Start Slideshow
InsecureTVTwitter Reactions
Around The Web

Netflix
Tiger King: Every Piece of Information We Have About the Disappearance of Don Lewis
by Caitlyn Fitzpatrick 10 hours ago

Amanda Peet
The Trailer For Dirty John: The Betty Broderick Story Is as Outrageous as We Expected
by Mekishana Pierre 16 hours ago

Celebrity Instagrams
Ariana Grande Celebrates 10 Years of Victorious: "Some of the Most Special Years of My Life"
by Mekishana Pierre 17 hours ago

Netflix
In Need of a Netflix Binge? These 22 Shows Each Have Over 5 Seasons
by Amanda Prahl 18 hours ago