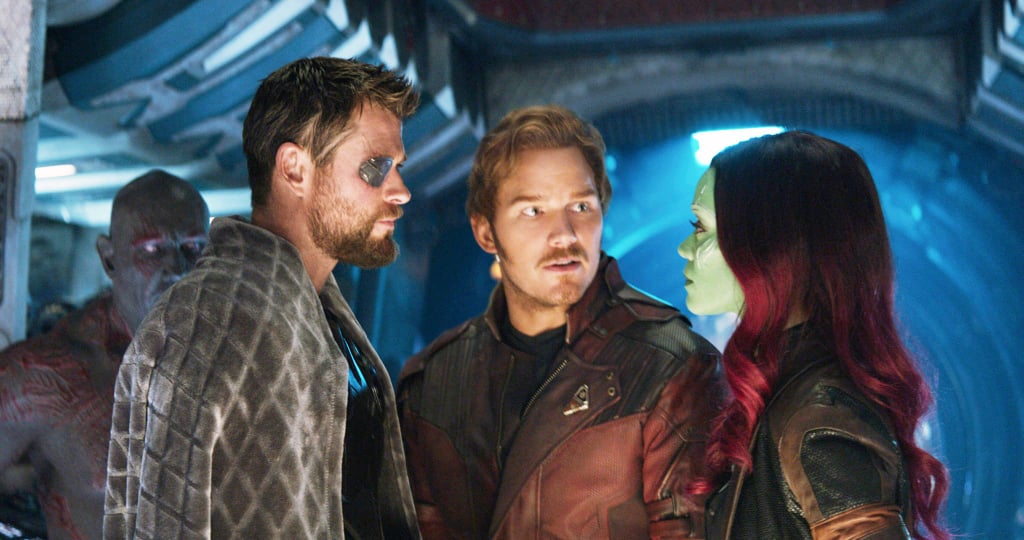 Infinity War Fans Have SO Many Feelings About Star-Lord After He Did . . . That

Spoiler alert! The following contains HUGE plot spoilers for Avengers: Infinity War, so proceed at your own risk.

If you've already seen Avengers: Infinity War, first off, I'd like to express my sincerest condolences and offer emotional support through this trying time. (If you haven't — why the heck did you keep reading this after the above spoiler alert? Go enjoy your remaining innocence and optimism until you see the movie!)

Walking out of the film, there are plenty of emotions to feel — not the least of which is frustration over the actions of Peter Quill (Chris Pratt), aka Star-Lord from Guardians of the Galaxy. One of the most devastating moments of the movie is definitely when a grieving Quill unleashes his fury on villain Thanos. Under any other circumstance, that would be entirely justified . . . but considering how Tony Stark and Peter Parker are mere moments away from wrenching the Infinity Gauntlet from a passed-out Thanos's fist, Quill's ill-timed revenge-beating ends up allowing the mad Titan to escape, gauntlet in hand, and wipe out half the universe's population.

Marvel fans are, understandably, pretty conflicted about Star-Lord's actions. Some believe he was entirely in the right, doling out revenge for Gamora's murder. Others blame him entirely for the deaths of Groot, Black Panther, Spider-Man, Bucky Barnes, and so many more. Still more are ambivalent about Peter Quill's actions, simply appreciating his sidesplitting sense of humor throughout the movie!

However you feel about his decision-making (or lack thereof), you're sure to enjoy these fan reactions. Don't blame people for their passion; they're in mourning!

Previous Next Start Slideshow
MoviesGuardians Of The GalaxyMarvelAvengers Infinity War

Movies
It's Officially Fall! Grab a Blanket and Warm Up With These Autumnal Amazon Prime Movies
by Sarah Felbin 15 hours ago

by Anvita Reddy 15 hours ago