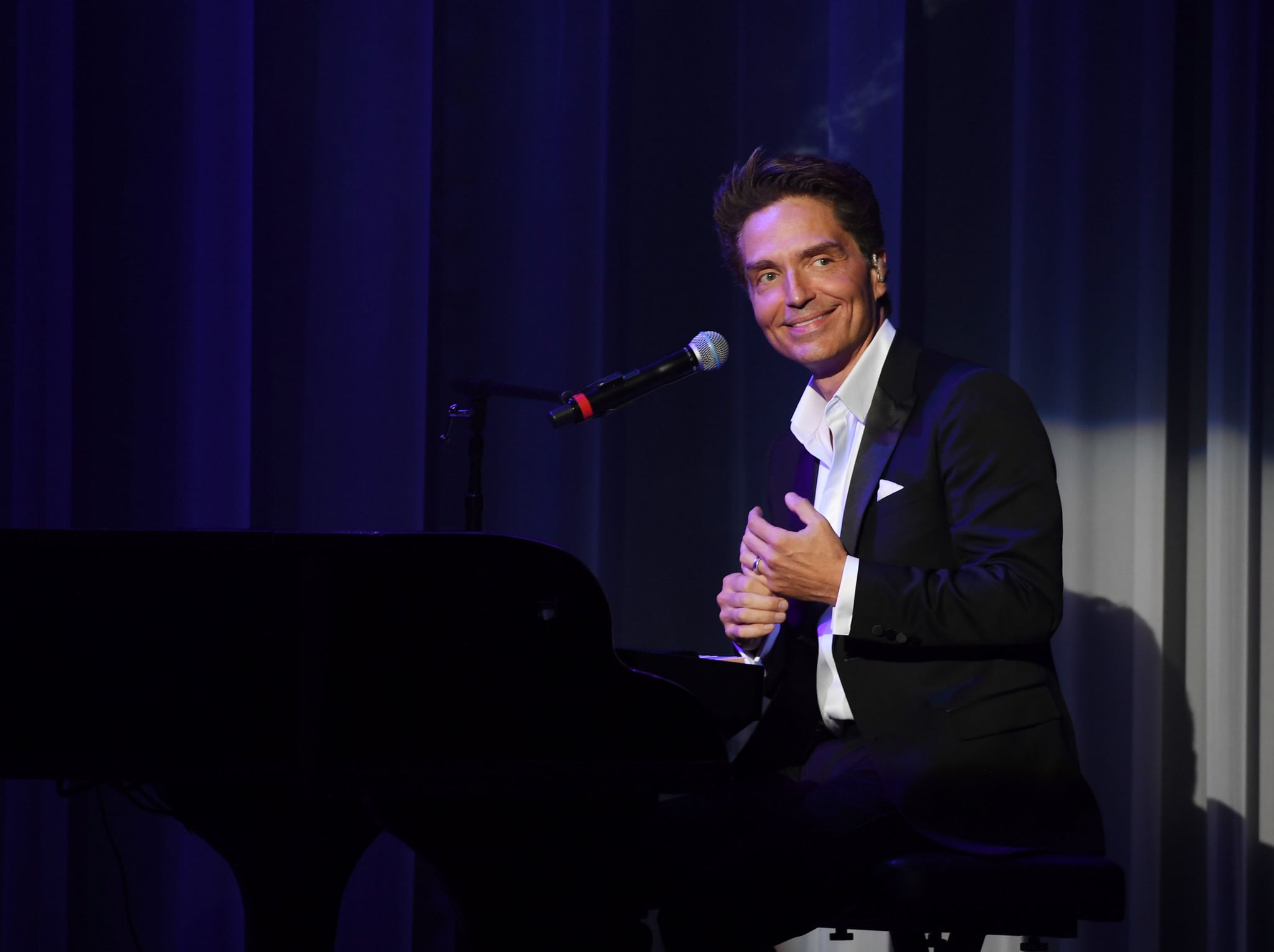 Warning: extremely light, silly, musical spoilers for The Bachelorette below.

The Bachelorette's third episode was full of equal parts drama and romance. In addition to highlighting the building animosity between professional model Jordan and chicken-suit-wearing David, the episode finally reveals who goes to the hospital drenched in blood: also David. He falls out of his bunk bed and lands on his face, busting his nose and lip (Jordan helpfully notes that "chickens can't fly"). But enough about all that — let's get to Becca and Chris's sweet date, shall we?

Becca whisks the 30-year-old sales trainer away on a one-on-one date to Capitol Records in LA, where she's arranged for a private meeting with musician Richard Marx (pictured above). The singer-songwriter, 54, is perhaps best known for his 1989 hit "Right Here Waiting," which he performed an acoustic version of for Chris and Becca right there in the studio.

He even made both of them sing some of the song, which was both adorable and a confirmation that Becca and Chris won't be ditching The Bachelorette for American Idol anytime soon. (The moment is still really freakin' cute though, don't get me wrong.)

After jamming out together, Richard had them pen some romantic lyrics for a song themselves. The moment gave Chris the opportunity to break down some of his emotional barriers and truly open up to Becca, which they bonded over during dinner later that night. While their newfound spark was definitely exciting, Bachelor Nation had some funny thoughts about the episode's musical stylings to share on Twitter.

Every season of this show they get some bullsh*t country singer to play while they dance awkwardly, then this year they get RICHARD MARX and then they don't even let him play any music 🙄🙄🙄 what is this BS, #Bachelorette? #TheBachelorette

When they start making out in front of the singers, I always feel uncomfortable for them. #TheBachelorette

For the first time in bachelor history, they don't have a wannabe country singer performing on this date. #thebachelorette

Becca about to ditch Chris IMMEDIATELY for Richard Marx #TheBachelorette

Remember the mind blowing fact about Richard Marx - his first wife of 25 years or so was Penny from "Dirty Dancing."

Richard Marx's agent: "No, just hear me out Richard...you haven't had a hit since 1989 and you're fucking doing it, end of story". #TheBachelorette

There is ZERO chance that either of these fools know who Richard Marx is #TheBachelorette pic.twitter.com/GnpJlAQLef

Downton Abbey
Are The Gilded Age and Downton Abbey Connected? The Showrunner Answers
by Amanda Prahl 8 hours ago