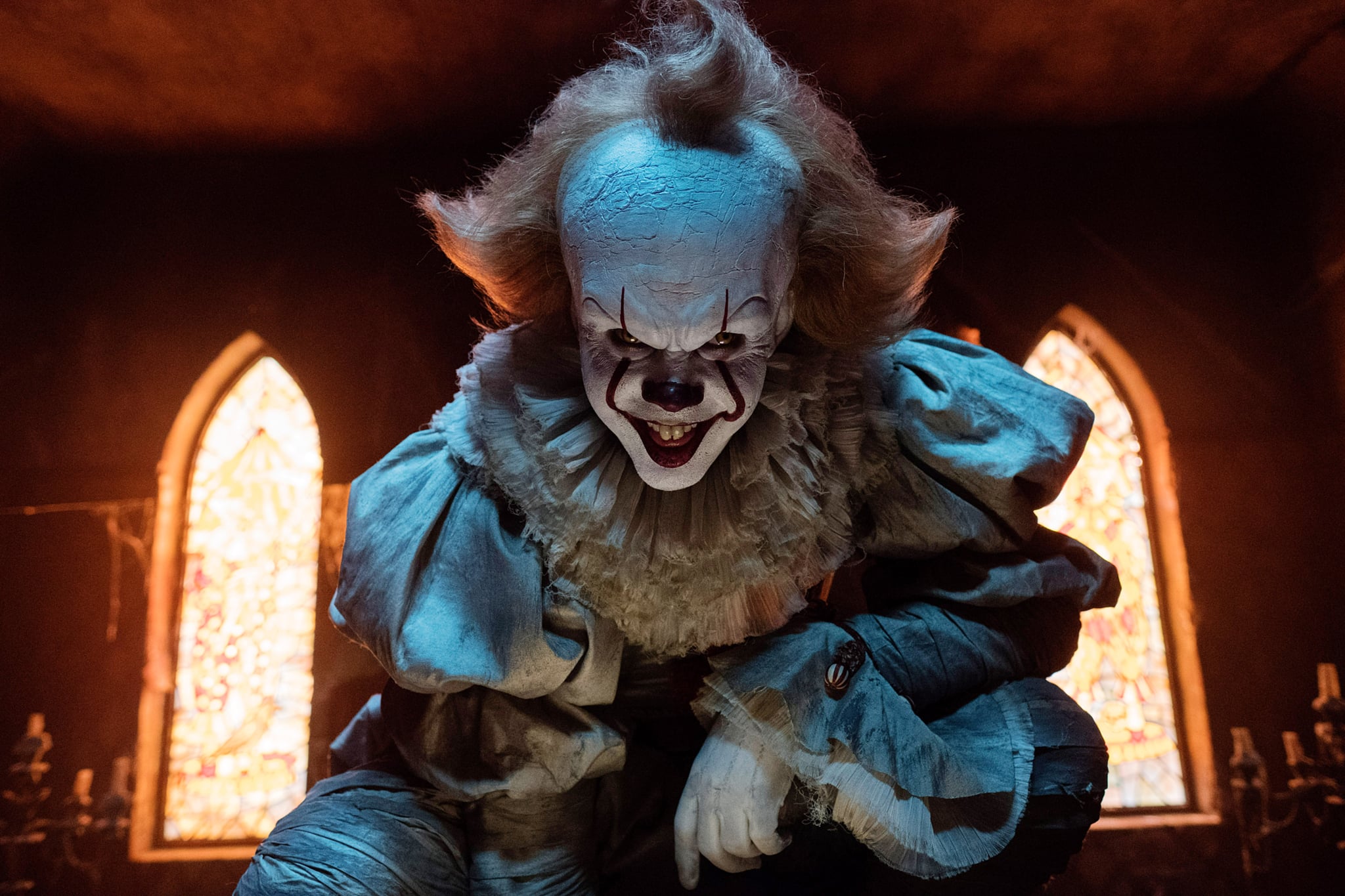 If you thought the 2017 movie adaptation of It was scary, I would like to formally offer you my condolences now. Why? Because according to both the director and the screenwriter of the sequel — Andy Muschietti and Gary Dauberman, respectively — It: Chapter Two is so scary, you'll need to "bring your adult diapers to the theater." Are you emotionally prepared?

During a recent interview with CinemaBlend, Dauberman, who wrote the scripts for both It: Chapter One and It: Chapter Two, explained that they decided to keep one of the most bizarre and terrifying scenes from Stephen King's original 1986 novel: the Ritual of Chüd. So, mixed in with scenes of Pennywise potentially chowing down on babies will be a truly odd sequence that sees the Losers Club battling against "It" on an interdimensional plane. In other words, it seems like an exceedingly difficult scene to successfully translate from the page to the big screen.

Related:
Gaze Upon the Adult Stars of the It Sequel Before They're Terrorized By Pennywise

"The Ritual of Chüd is challenging, but it's such an important component to the book that we had to address it," he explained. "That stuff is difficult to balance, but because [director Andy Muschietti, producer Barbara Muschietti and I] worked with each other before, when I'm writing pages and all that stuff it becomes more of a conversation and less like, 'Hey, here's what I did.' It's sort of organic; it's really kind of just chipping away at the stone and trying to find the most focused, accessible way into some of more metaphysical aspects of that book."

Dauberman declined to go into exact detail about how the Ritual of Chüd will play out in the film, but I can't imagine it'll be easy. King's book sets it up as a psychic battle of wits, of sorts, which involves Pennywise and one of the Losers attempting to make the other party laugh (there's also a weird bit with their tongues, but you'll have to just read the book to see what I mean because I am not getting into that on a Tuesday morning).

Related:
The Losers Club Is Back and All Grown Up in the First Cast Photo For It: Chapter Two

"I think that's something that Andy gave a lot of thought about, which was great, because as I was kind of chugging along through the Adrian Meloln stuff and sort of more the stuff that's in the book that you kind of just want to see on screen," he said. "I'm writing that stuff, and Andy would kind of go off and think about Chüd and how he wants to visually represent all that stuff. He just came up with some brilliant, brilliant stuff . . . It really is going to be amazing."

In addition to seeing the Ritual of Chüd, it's interesting to know that we'll also be getting to see the tragic story of book character Adrian Mellon, who will be played by Xavier Dolan. Adrian's last night out in Derry is one of the novel's more shocking scenes, as he and his partner, Don, attend the town's annual fair and are assaulted by some homophobic teenagers. Adrian gets thrown off the bridge, and unfortunately, Pennywise is lurking in the shadows below and gleefully murders him. Don and one of the others witnesses the killing, but they're too terrified to speak out. Shortly afterwards the rest of the Losers are called back to Derry and have their final face-off with "It."