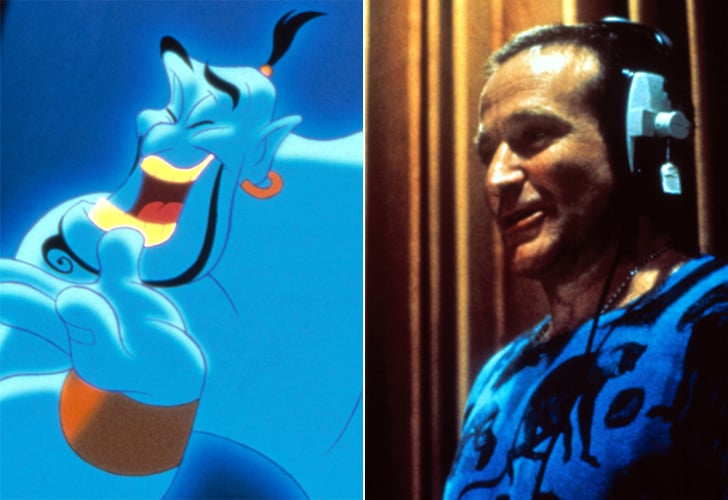 Aladdin is the gift that keeps on giving. Following the Summer debut of the live-action film, Disney has released a new behind-the-scenes look of the 1992 cast in the recording booth. The clip — which is part of the movie's forthcoming Signature Collection home release — shows the late Robin Williams bringing Genie to life as he recites his lines in the booth. It also includes Jonathan Freeman as Jafar, Linda Larkin as Jasmine, Douglas Seale as Sultan, and Brad Kane doing Aladdin's singing voice.

There's no denying that Aladdin wouldn't have been the same without Williams as Genie. The larger-than-life character granted wishes, cracked jokes, and gave us the song "Friend Like Me," which is one of the best Disney songs of all time. Watch the nostalgic video ahead of the Aug. 27 Signature Collection release of Aladdin.