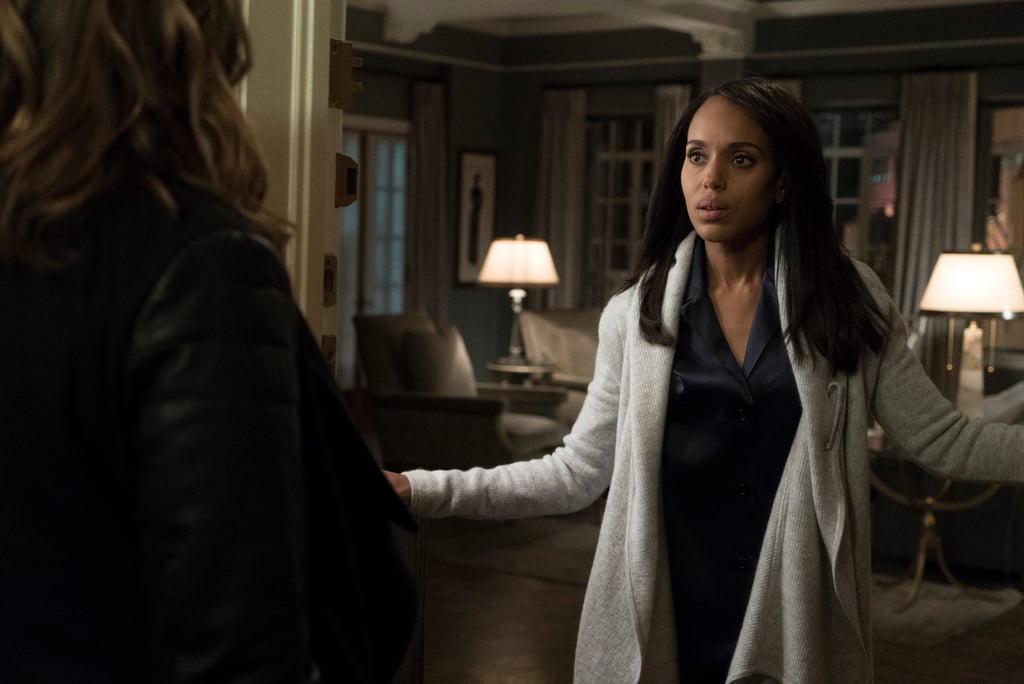 The cast and crew of Scandal wrapped filming on its series finale early Saturday morning after six years of working on set. The show, which premiered back in 2012, is set to go off the air next month. Series creator Shonda Rhimes, Kerry Washington, who plays Olivia Pope, and other members of the beloved crew took to social media to share behind-the-scenes photos from the series finale that had every true gladiator weeping. Check them out ahead as we prepare our last bag of popcorn and pour our last glass of wine before saying goodbye to Scandal for good.