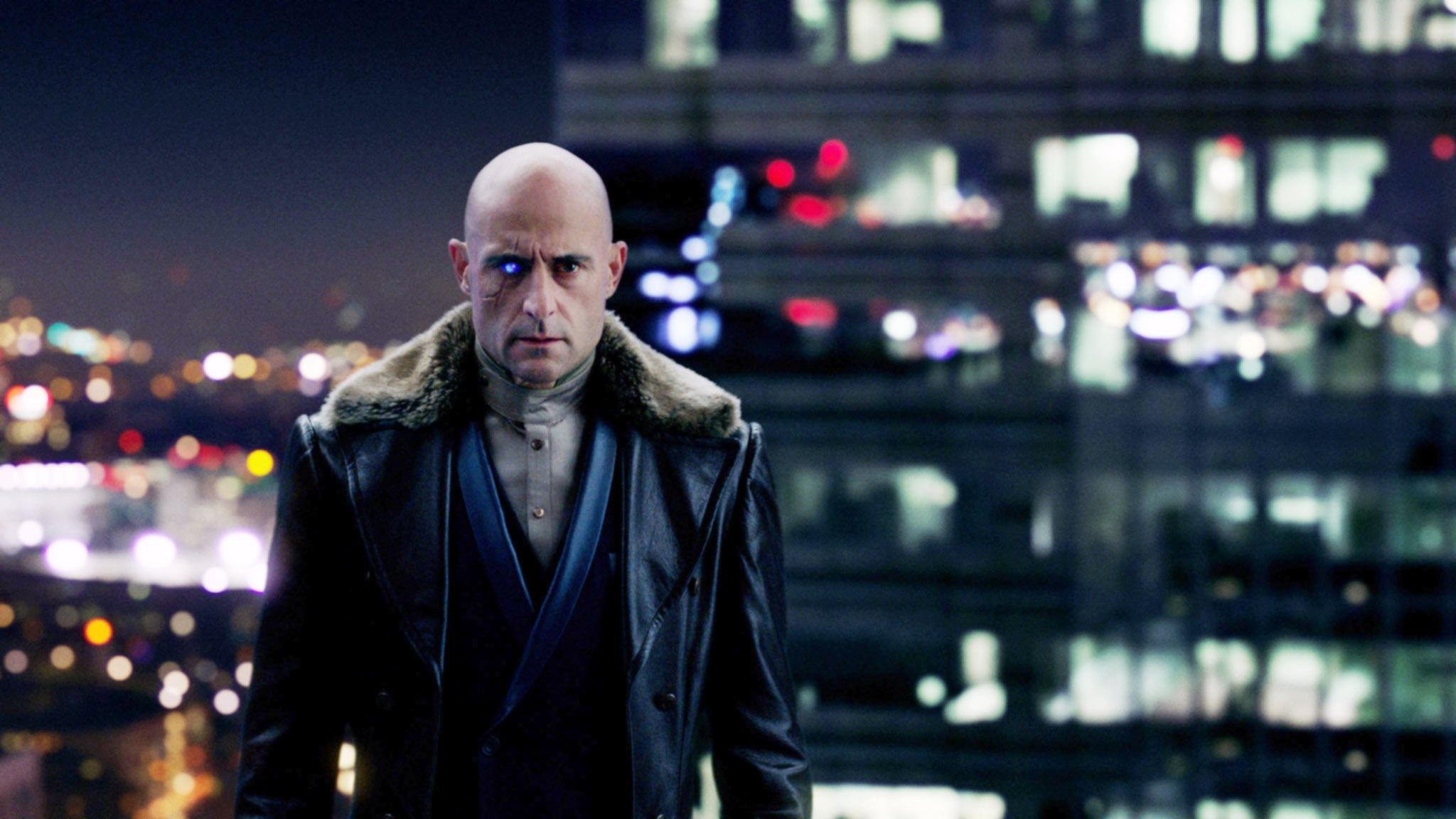 Shazam! has officially exploded into theaters, and the charming, hilarious, and heartfelt superhero comedy is poised to be the DCEU's next big hit. But while much of the film is focused on the upbeat nonstop jokey banter between blossoming hero Billy Batson (aka the titular Shazam) and his foster brother, Freddy Freeman (Jack Dylan Glazer), there's also an undercurrent of villainy courtesy of actor Mark Strong. It's his twisted, one-eyed antagonist who occupies the movie's midcredits scene (there's a far less important scene at the very end of the credits, too), setting up a potential sequel for Shazam!. So, what exactly goes down? Let's dive in.

Warning: Major spoilers for Shazam! below.

Strong plays wealthy scientist Dr. Thaddeus Sivana, whom we actually meet as a young boy at the very start of the film. He's one of the many people who are contacted by the Wizard Shazam (Djimon Hounsou) in hopes that he's "pure of heart" enough to take over the aging, weakening wizard's role as the superpowered guardian of the Seven Deadly Sins (who appear in the film as living, breathing monsters desperate to wreak havoc on the world). He's magically transported to an otherworldly cave, filled with empty thrones, a caterpillar in a jar of some sort, and the sins trapped in stone. Unfortunately, Sivana is too easily seduced by the sins, and the wizard banishes him back to the real world to continue his search for someone else.

This moment defines Sivana's life, driving a wedge between him and his condescending father, as well as his older brother (a huge bully). He proceeds to spend the rest of his days trying to return to the wizard's lair, even fabricating an elaborate scientific experiment researching mass hysteria in an effort to find others who were contacted by the wizard as children, too. Eventually he discovers that a series of symbols that resemble hieroglyphs, when written on a door in a certain sequence, transform the door into a portal to the wizard's world. By entering, he's able to obtain his evil powers from the Seven Deadly Sins and then cause destruction back in the regular world. 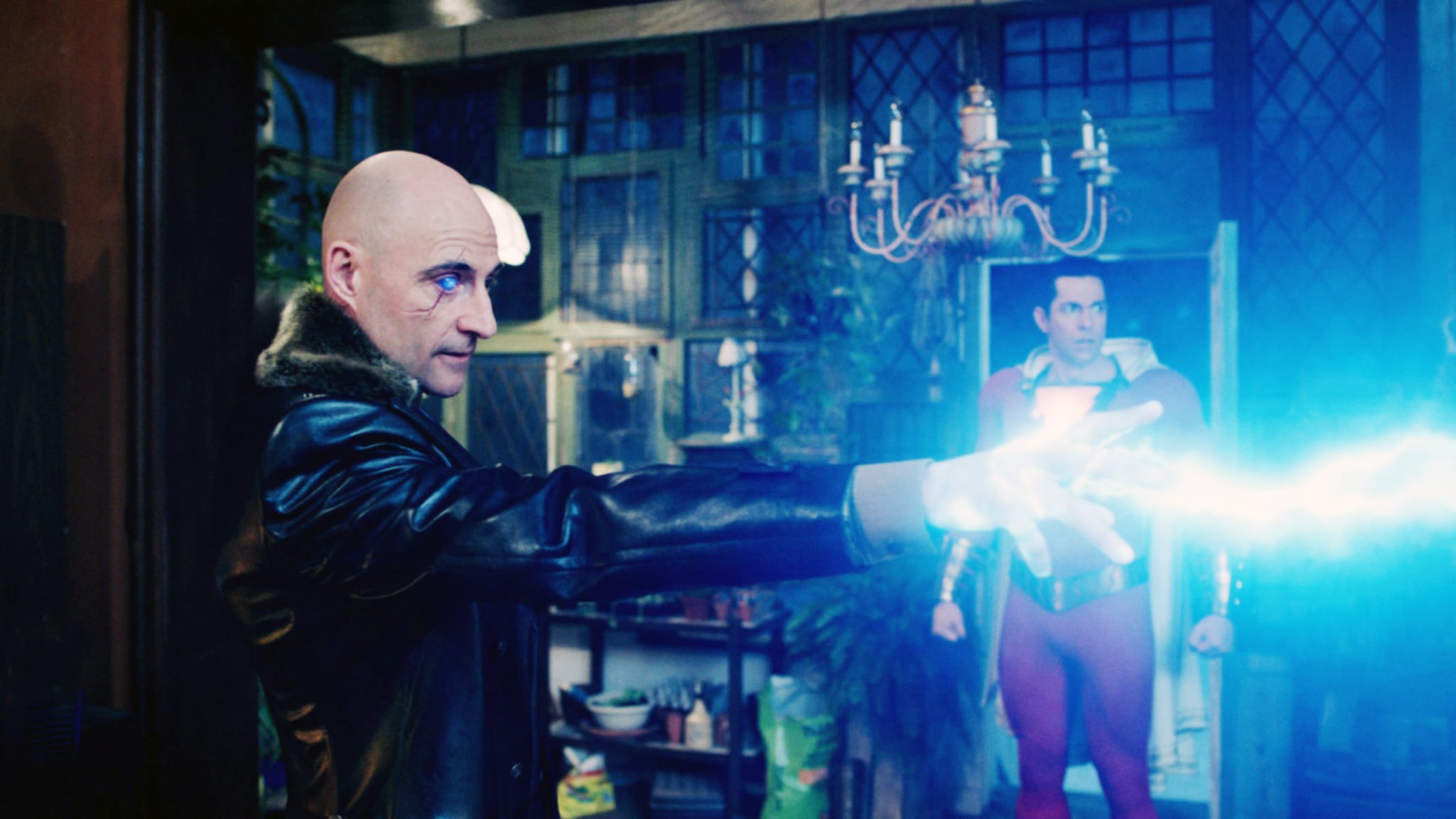 That's what brings us to the midcredits scene — after having lost a battle with Billy Batson's Shazam (who actually was pure of heart enough to channel the wizard's powers), Sivana is locked away in a prison somewhere. We see him, sapped of his powers, frantically scribbling the sequence of symbols on the cell walls in hopes that one of them will magically open and allow him access to the wizard's lair once more. It doesn't work, but that doesn't mean he's out of options.

Remember the caterpillar-like creature that is shown in a glass jar when Sivana first enters the wizard's lair as a boy? The same jar is shown again when Billy Batson is called to the cave, only it's empty — clearly the bug escaped. As it happens, the caterpillar is actually the devious Venusian worm from the comics known as Mister Mind (like mastermind, lol, get it?). He's able to wriggle into Sivana's cell through an air duct, and tells him that they need to work together: "The Seven Realms are gonna be ours!" A talking evil worm just might be the oddest supervillain we've seen so far. 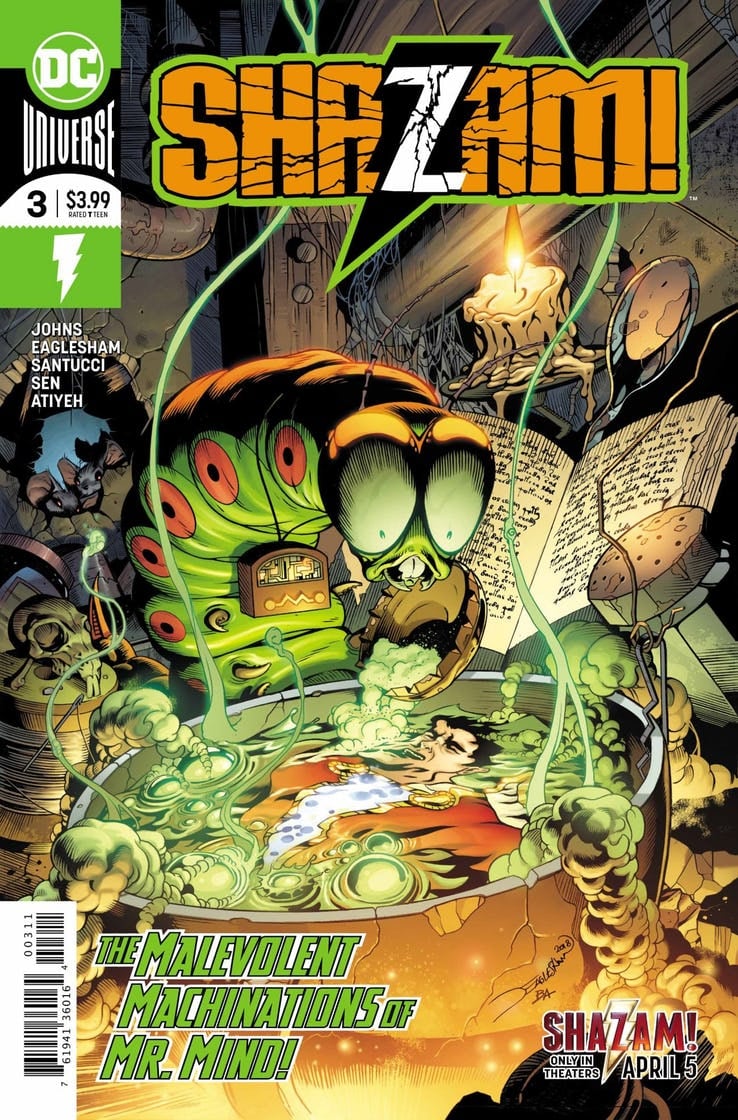 In case you're wondering, Mister Mind has actually been a longtime foe of Shazam in the comics. Depending on which iteration of the story you're reading, he's usually introduced as an incredibly intelligtent worm from the planet Venus. He goes on to form a team of supervillains called the Monster Society of Evil, which includes everyone from Jeepers and Mr. Banjo to Benito Mussolini (yes, really). He also has a pretty insane laugh, if that matters to you.

The "Seven Realms" that he mentions in the midcredits scene are also a concept from the comics, but they've only recently been introduced. Apparently, there are multiple magical realms throughout Shazam's reality, but not all of them have been revealed so far. Billy is apparently the protector of earth, and it would make sense that the remaining seats on the ancient wizard's council would be occupied by six other Champions who protect and safeguard the other realms. Unfortunately, that's all we really have to go on at the moment.

Hopefully Shazam! gets greenlit for a sequel, because we need answers ASAP.