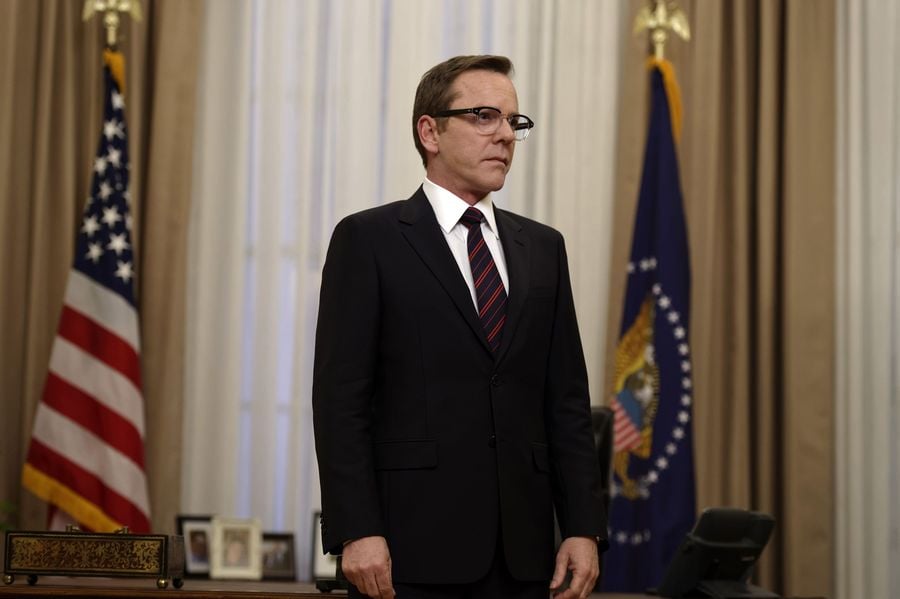 Looking for a new political drama to get hooked on? Designated Survivor is just the ticket. The new series is premiering on ABC this Fall, and there are a few things you may want to know before you check out the show.

The cast is stacked with people who have already been majorly successful in the TV world: Kiefer Sutherland (24), Maggie Q (Nikita), Natascha McElhone (Californication), and Kal Penn (House).

A low-level politician (Sutherland) suddenly becomes the president of the United States when a terrorist strike takes out everyone else during the State of the Union Address. Now faced with the greatest responsibility he could fathom, he has to figure out whether he actually wants the job, and what its impact would be on his family.

Designated Survivor made it onto our list of the best new Fall shows, and that's no small feat. The pilot's script is taut, Sutherland is gleefully sinking his teeth into the new (slightly less badass than Jack Bauer) role, and there's plenty of room for twists and turns. The only complaint I have is that Maggie Q's character seems wholly unnecessary, but perhaps we'll find out just why she's so vital in episode two.

Netflix
In Your Post-Cheer Feelings? 10 Similar Movies and Shows That Will Cheer(!) You Up
by Nhari Djan 11 hours ago