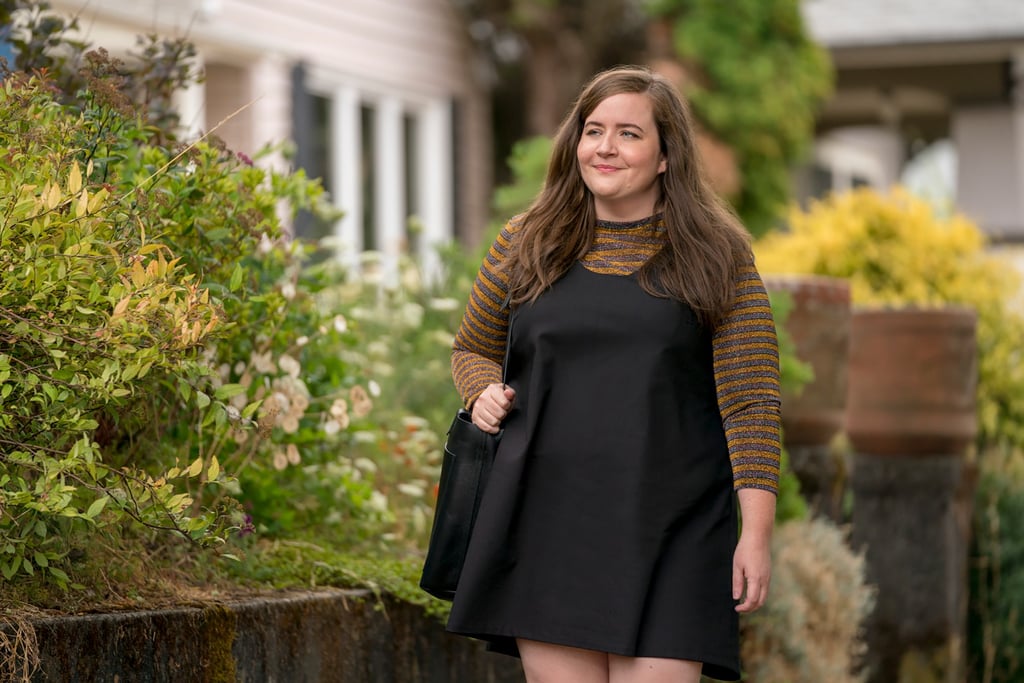 Hulu's latest series Shrill focuses on Annie (played by Aidy Bryant) as she navigates life, love, career, and figuring out what she thinks of herself. The comedy feels familiar to plenty of women — and it's helped along the way by its soundtrack. The music that underscores the series ranges from little-known indie artists (a nice nod to the show's hipster-Portland setting) to some of the biggest names in music such as Lil Wayne and Ariana Grande. It's a fun, sometimes emotional ride, and even better, it's packed to the brim with female artists you already know and even more that you should get to know! We've rounded up the highlights into your new playlist — check it out!