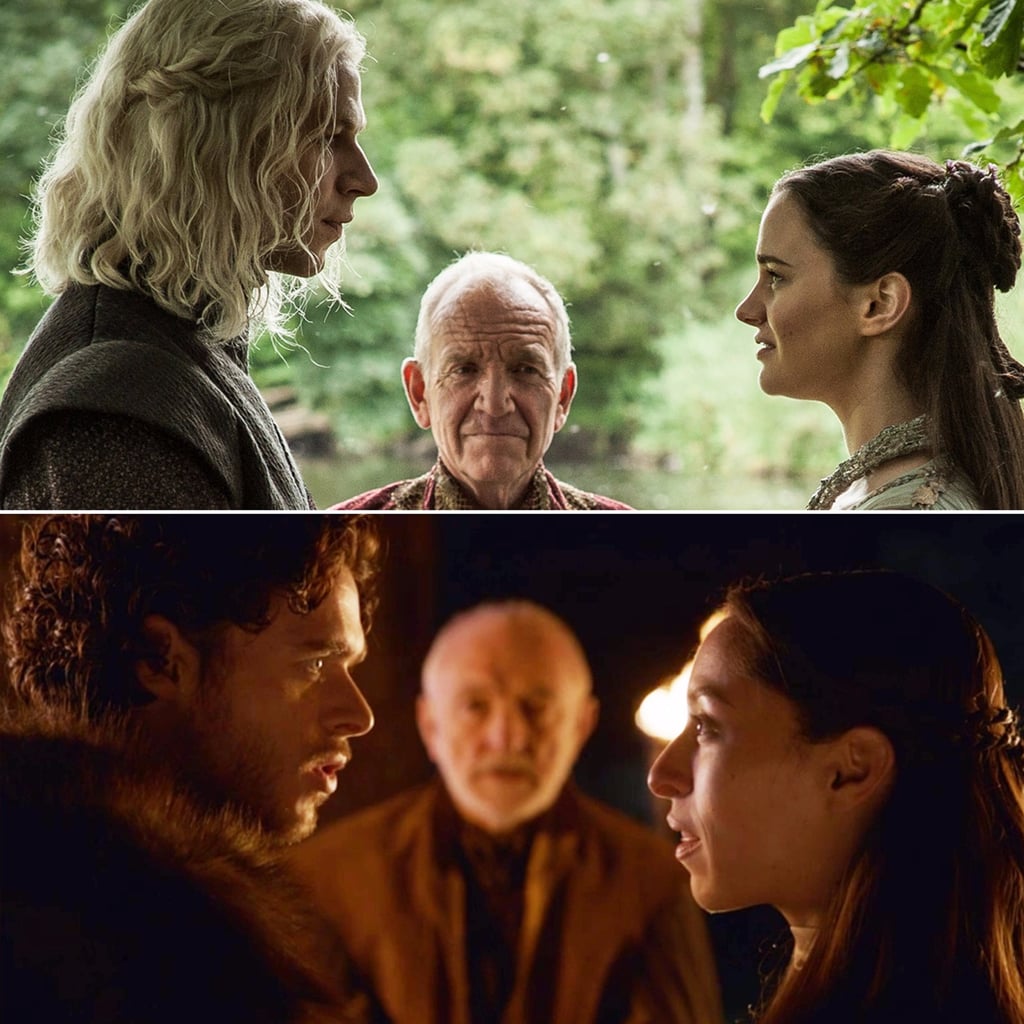 Game of Thrones: The Similarities Between Robb & Lyanna Stark Are Heartbreaking

The Game of Thrones season seven finale is a huge deal. Not because of Littlefinger's death, the ice dragon, or Jon and Daenerys finally doing the damn thing (though those are all extremely important developments in the show), but because it gives an official look at the much-debated relationship between Rhaegar Targaryen and Lyanna Stark. And while fans were excited to finally get a tangible peek into Jon Snow's origins, Rhaegar and Lyanna's wedding scene is also bittersweet. Why? Because it solidifies that every bit of war and drama leading up to the current moment on the show was essentially founded on nothing.

To understand Rhaegar and Lyanna's choices, we need only recall Robb Stark and his bride, Talisa.

"Robert's Rebellion was built on a lie," Bran Stark tells Sam after witnessing the wedding through his greensight. "Rhaegar didn't kidnap my aunt or rape her. He loved her, and she loved him." Now that we know that Lyanna eloped with Rhaegar by choice, it means that Robert Baratheon rebelled against the Mad King based on a misunderstanding, dividing all of Westeros. It also means that Ned Stark's father and elder brother — who were killed for demanding that Rhaegar release Lyanna as his "captive" — died for nothing. Well, not for nothing . . . for love.

"The things we do for love" has been the catalyst for the entirety of GOT's seven-season plot, and not just because of Jaime Lannister's actions in the very first episode. Lyanna and Rhaegar sparked an avalanche of unfathomable events with their pursuit of true love before the series ever began, and we continue to see their choices affect Westeros even decades later. And they're not the only couple we've seen face unintended consequences through elopement on the show; to understand Rhaegar's and Lyanna's choices, we need only recall Robb Stark and his bride, Talisa.