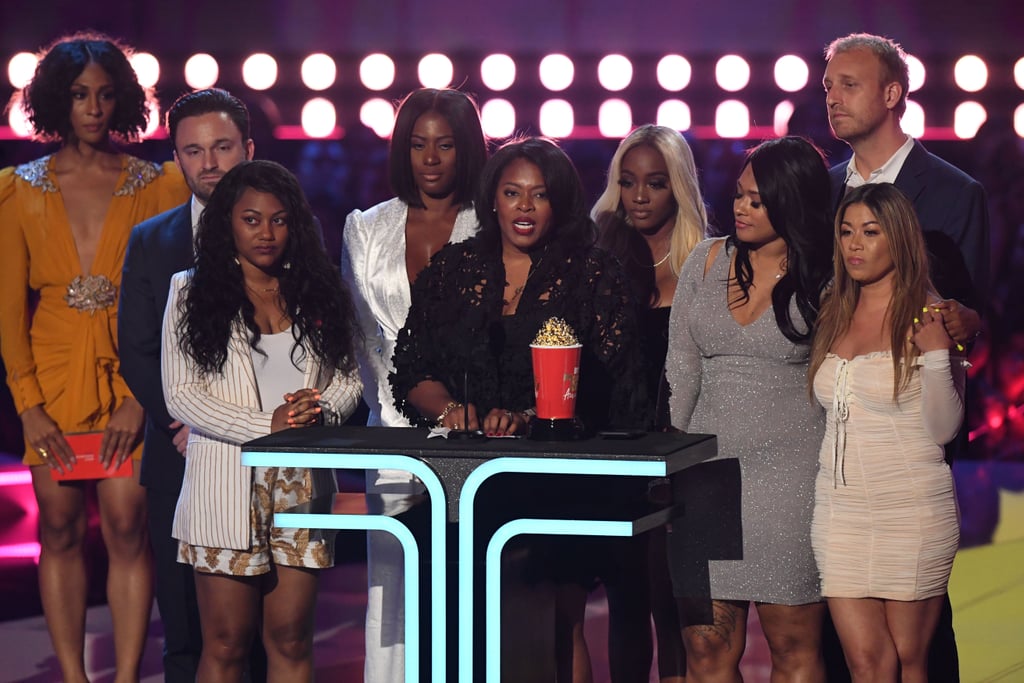 Amid all the amazing performances and inspiring speeches at the MTV Movie & TV Awards on Monday night, one particular win gave us the most poignant speech of the entire award show.

Surviving R. Kelly, the Lifetime docuseries that shook the musical world by exposing the multiple sexual abuse allegations against Kelly, took home the Golden Popcorn for best documentary and beat out several other documentaries — including At the Heart of Gold: Inside the USA Gymnastics Scandal, RBJ, Minding the Gap, and McQueen. Brie Miranda Bryant (senior vice president of unscripted development and programming for Lifetime) accepted the award surrounded by several of Kelly's survivors and moved the audience to tears with an incredibly powerful speech.

"This isn't just a trophy to us. It speaks to the cultural impact that it generated from this documentary," Bryant said. "Survivors walked through the fire and stood again to tell the story . . . journalists, activists, bloggers, tweeters who continued to say the name of these survivors, these parents, helped to tell this story . . . thank you, especially to those individuals who never wavered despite how daunting this journey has been."

Beauty News
Who Are the Artists on Netflix's Tattoo Redo? You're Probably Already Familiar With a Few
by Danielle Jackson 38 minutes ago

Grown-ish
Grown-ish Tackles Black Lives Matter Like Never Before, and Its Cast Finds Catharsis as a Result
by Monica Sisavat 3 hours ago

Netflix
Calling All Sexy Beasts: Get Ready For Season 2 to Drop Later This Year
by Emily Weaver 5 hours ago

Netflix
Pogues and Kooks Alike Are Wondering: Will There Be a Third Season of Outer Banks?
by Mary Everett 22 hours ago