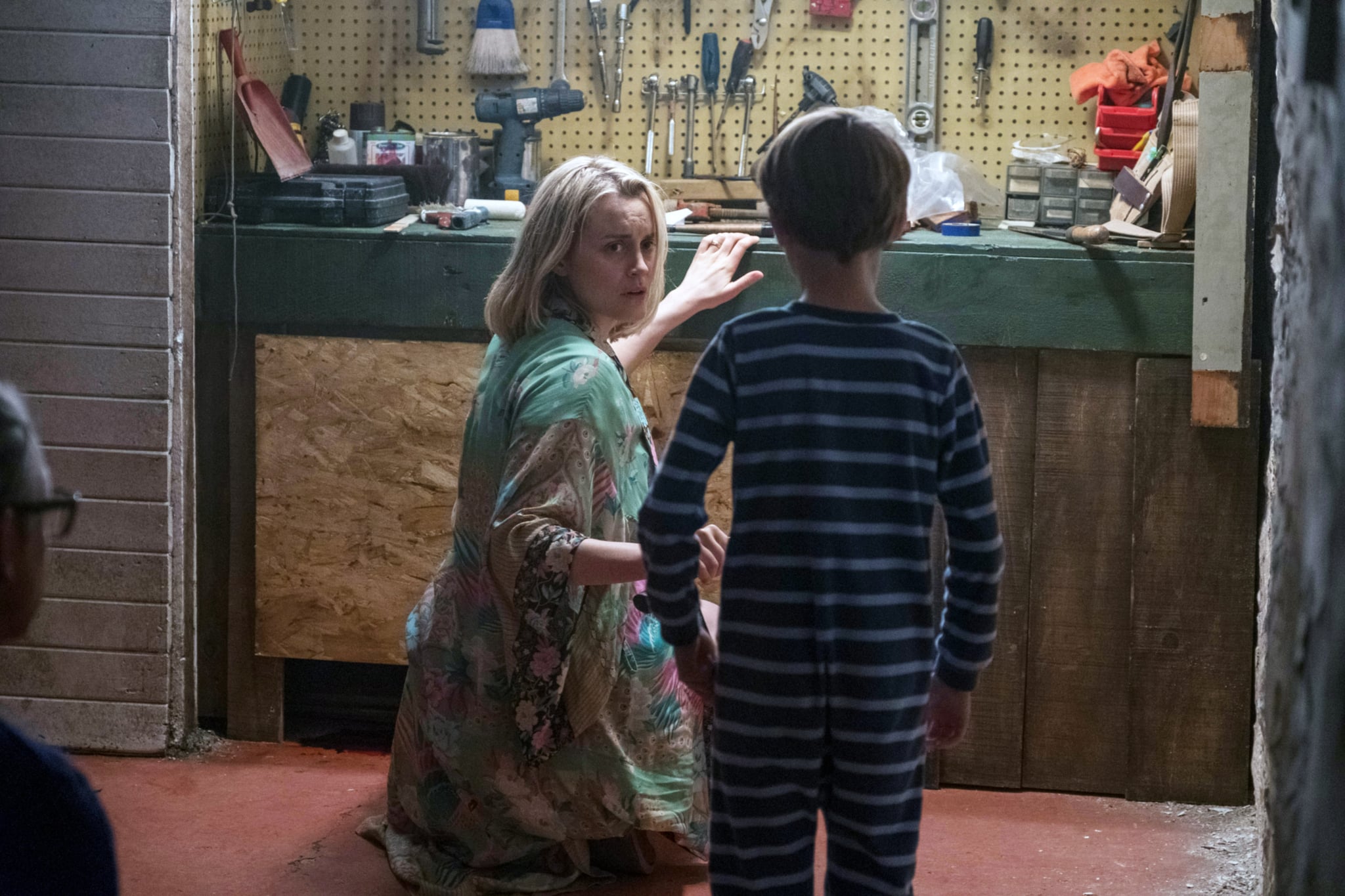 Having spent six years playing Piper Kerman on Orange Is the New Black, it should surprise no one that Taylor Schilling has experienced her fair share of unpleasant moments on screen. For instance, as a Litchfield inmate, she has her teeth shattered, finds herself starting a used panties business, and is held down while getting a swastika burned into her arm. And yet much of that pales in comparison to what Schilling's character must endure in The Prodigy.

In the Nicholas McCarthy-directed horror film, the Golden Globe- and Emmy-nominated actress plays Sarah, a mother whose genius-level young son, Miles (It's Jackson Robert Scott), begins to exhibit disturbing behavior the older he gets. Is he suffering from some sort of mental disorder? Or is something more sinister at work, like a demonic possession? Sarah struggles with her instinct to love and protect her son while also fearing for her and her husband's safety, encountering every mother's worst nightmare as she gets pulled deeper and deeper into the mystery of what, exactly, is up with Miles.

What results is an intensely creepy film, with an ending that legitimately made my jaw pop open in surprise. I hopped on the phone with Schilling herself to discuss it all, from the final shocking twist to what kind of roles might be next for her when OITNB ends for good this year.

Warning: spoilers for a key twist in The Prodigy are discussed ahead, so don't read any further if you want to keep that a surprise.

POPSUGAR: What really struck me while watching the film is that the plot is every mother's worst nightmare. But that being said, regardless of whether or not you have kids, the story is still effectively chilling, especially for women. I'm wondering what your first impression was after reading the script and seeing the lengths Sarah has to go to for her son.

Taylor Schilling: I was blown away by this character, and by the time I finished the script, particularly with the turns that Sarah takes . . . at the end, she's just trying to save her son. It really fooled me. It blew me away.

PS: That's actually interesting because I, myself, was a little surprised at the ending, when Sarah decides to kill the serial killer's lone survivor. What was your perspective on that? Why do you think Sarah decides to do what she does?

TS: Well, I think she's fighting for her son, and she feels a tremendous amount of responsibility for her child. And the intensity of the circumstances aren't something that everyone can relate to, but her instinct to be her son's guardian and do whatever it takes to make sure that he's safe and that he blossoms in the world is really what I think a lot of parents can relate to. I think she just goes all the way, and I think, in real time, the character Sarah is learning that there are parts of herself that she didn't know existed. That there's this ferocious fighter inside of her, and she's willing to do whatever it takes no matter what anybody else thinks.

PS: Did you anticipate that ending at all when you were first reading the script? Because I was genuinely surprised.

TS: What did it seem like to you while watching it?

PS: By the time that she gets to the hospital and sees her husband near death and leans down to whisper, "I'm going to fix this" or "I'm going to save our son" or whatever the line is, I assumed she'd finally made up her mind to kill Miles. Like that would be her way of "saving" everyone. Even though she'd discovered those newspaper clippings about the survivor in his bedroom, I still wasn't expecting things to get that dark. Although I guess a mother killing her son is pretty dark.

TS: Yeah, [the ending] really kind of blew me away, too. The choices that she made and is making throughout are . . . yeah, they're really something else.

PS: The evil kid horror genre has definitely been done before in a few ways, like in The Omen and Bad Seed, but this time I thought it was kind of fresh, I guess in a morbid way, how the serial killer comes to possess Miles. And seeing adorable Jackson Robert Scott committing all these heinous things is a trip. Was it hard for you when you were filming to see Jackson as truly scary?

TS: No, because I think he's so good at taking the twists that he needs to take. He's just a really good actor. So, he really did his job. He really is spectacular and kind of inspiring in that he can shift modes so quickly and so effortlessly. That [after a scary scene] he can just start playing. He's a great kid.

PS: Miles has to say some pretty brutal, unsavory stuff, especially in that scene when he's in the psychiatrist's office. It's kind of wild to hear that coming out of a little kid's mouth. What was it like doing those kinds of scenes with him?

TS: You know, some of that stuff . . . I was actually horrified when I met him, because I'd read the script and I knew that this child was going to have to say those things. I was preemptively very concerned for him, and this entire operation. I was concerned for everybody involved! [Laughs] But I think, if I'm not mistaken, he actually never said those words.

PS: I was wondering.

TS: I'm pretty sure they [dubbed] those lines in. He would get alternate sides on those days. And he'd be like, [imitates an annoyed little kid voice] "I know I have special sides. Let me see. Let me see." So he knew what was going on, but he didn't have [those sides]. And I think they had somebody else [dub] the stuff in later. 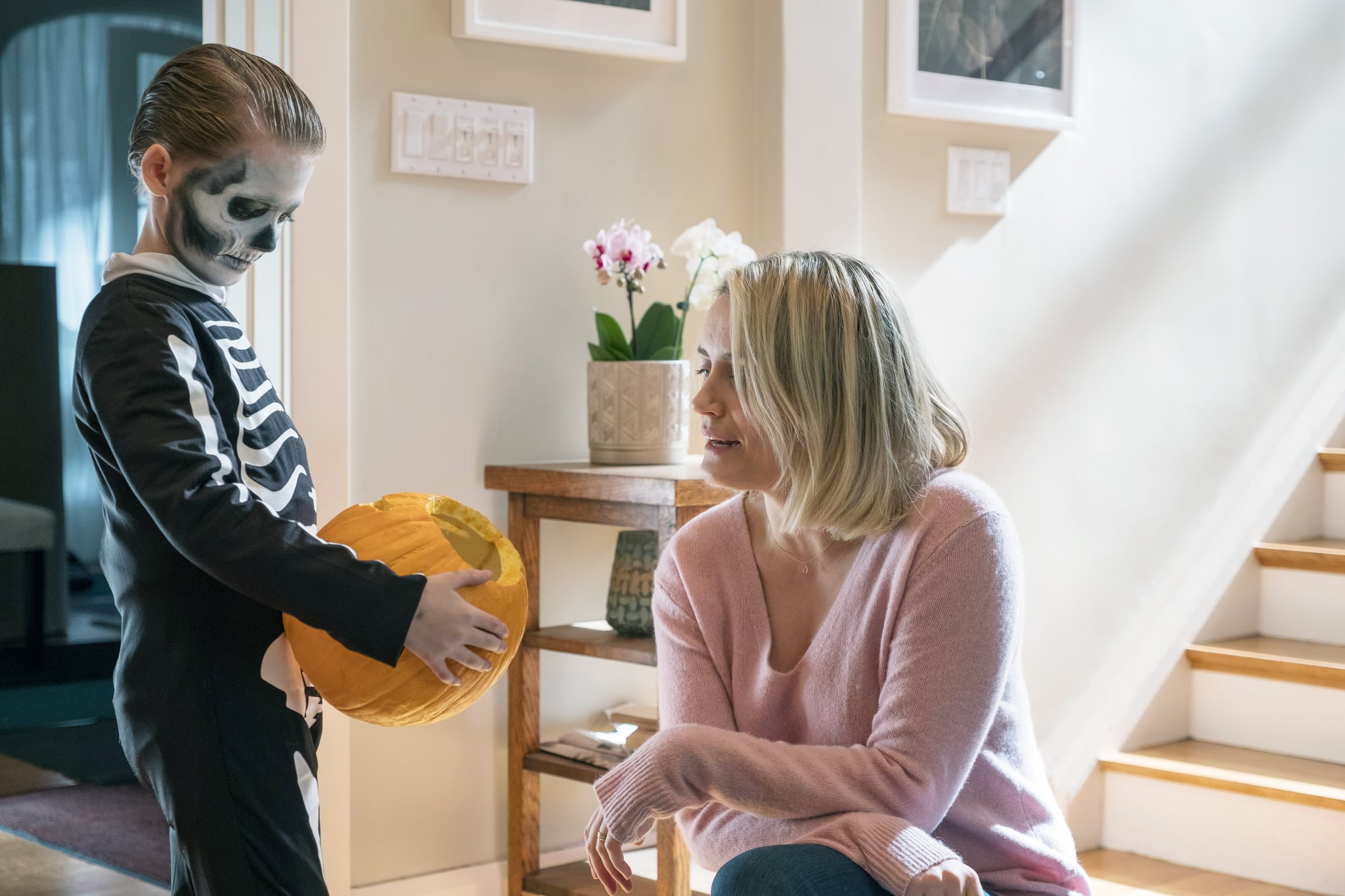 PS: In addition to all the creepy dialogue, there are also some really, really gruesome moments. I, personally, am still processing the dog scene.

PS: So acting with a dead dog is as bad as it seems?

TS: It was horrible.

PS: As a viewer, it's always so nice to see an actor that you know and love from one thing — in this case, I've been watching you for six years on Orange Is the New Black — inhabiting a totally different character than usual. Was it exciting for you as an actress to do something other than playing Piper?

"I'm so excited to be doing something different. It's thrilling to me."

TS: Thank you so much. I'm so excited to be doing something different. It's thrilling to me. And yeah, that's what I'm looking for. Not necessarily things that are diametrically opposed for the purpose of being opposed to Piper, but different than Piper. Just stories that I'm excited about telling and directors that I want to work with and characters that seem interesting. Yeah, that's what I'm after.

PS: Is there a freedom — bittersweet, I'm sure — that comes with knowing that Orange Is the New Black is going to end and you'll have time for tons of other things in the future?

TS: Yeah. It's really exciting. It feels like the end of an era, like graduating from school or something akin to that. It's really a big deal.

PS: Yeah, when I was preparing for this interview, I actually was thinking to myself how the world is so different from when Orange first premiered to now. It's exciting, as a fan of the show, to know everyone on the cast is going to go out and be in all these new, wonderful projects. Is that something you guys have discussed at all yourselves?

TS: Yeah. What we have discussed and what I do know is that everybody is so excited about the possibilities that are in front of us. This show has given all of us so many opportunities and been such an incredible platform. But even with Natasha [Lyonne] going off and doing Russian Doll, or . . . everyone is able to spread their wings a bit now. It's very exciting.

Related:
Orange Is the New Black: 3 Ways Piper's Storyline Could Play Out in Season 7

PS: Now that you've done this horror film, is there anything in particular that you would want to do next? Whether it's a rom-com or another horror film or going on Broadway . . . anything like that?

TS: I think I'm just looking for a good story. I think I'm looking for the characters that I'm interested in playing, and projects that fit, and just surrounding myself with people that I love.

PS: Do you ever look for anything in particular about a potential film or TV show when you're reading a new script?

TS: The character and the journey. And now more than ever, I'm excited to be working with really great people. That's a part of what I'm looking for. I'm aiming for things in which I can express myself and parts of myself that people may not have seen before. There's a lot of work that I feel I have left to do as an actor. And I'm excited for the opportunity to explore different options, different opportunities.