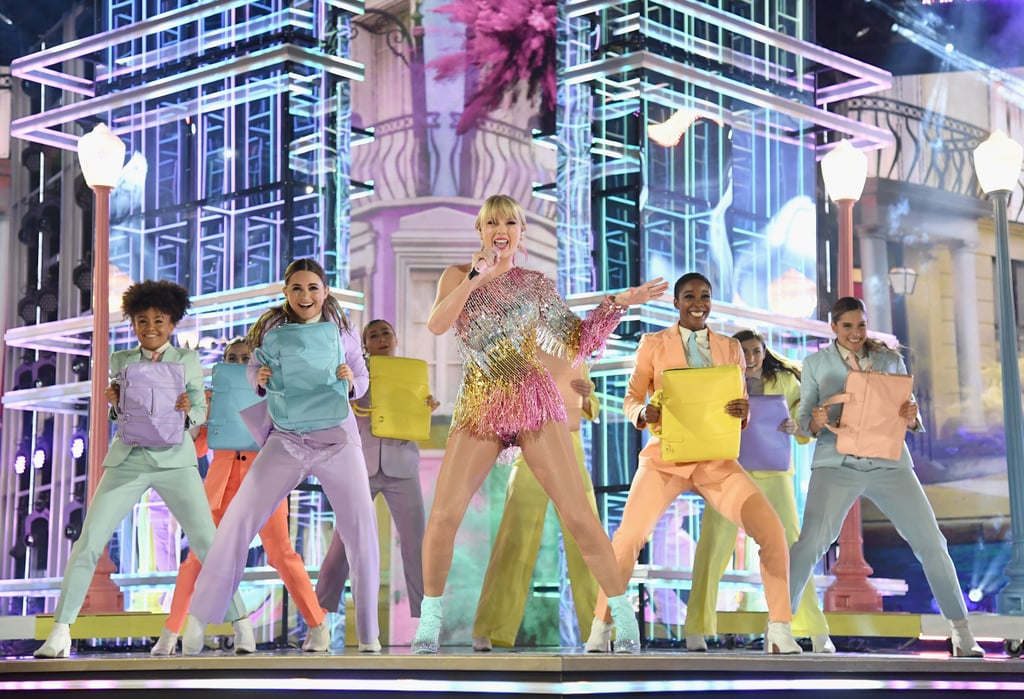 Taylor Swift is finally giving us a glimpse of her upcoming Lover album. On Friday, the singer unveiled the tracklist for her seventh album. So far, Swift has already released four songs, including her most recent "Lover," but she has teased a few others in recent months.

During her "You Need to Calm Down" music video she left an Easter egg for "Cruel Summer" when Ellen DeGeneres was spotted getting the song title as a tattoo on her album, and most recently she explained the backstory for "The Man" in her Vogue cover story. "If I had made all the same choices, all the same mistakes, all the same accomplishments, how would it read?" she said about the latter. See the full track list ahead before Lover drops on Aug. 23.

Music
Little Mix Know How to Have a Good Time, and Their Sexy Music Videos Prove It
by Kelsie Gibson 3 days ago

Music
Anne-Marie and Little Mix's New Video Is Basically Bridesmaids, but With Versace Robes
by Navi Ahluwalia 4 days ago